This is such an important economic principle to understand. A must read. 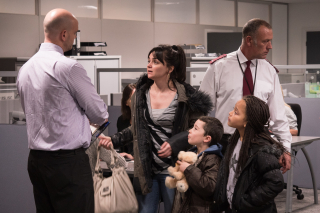 It’s being said that the government is looking to cut costs. Such a framing is in many cases wrong and dangerous.

To take an example, in this clip the BBC’s Jon Kay puts it to Jonathan Reynolds that “we can’t afford [the pensions triple lock]; the economy can’t afford it…so how are you going to afford it?”

The problem here is that cutting real-terms state pensions is not a saving. A lower state pension means that younger people must either save more privately for their old age or work longer (or both). Cutting the state pension therefore does not save money. It merely shifts the cost of provision for old age from the collective to individuals. To speak of the government cutting costs in this context is therefore plain wrong. It’s not cutting costs, but merely shifting them.

The same applies to some other possible government cost savings. In scrimping on hospital provision the government has pushed NHS waiting lists up to record highs, one effect of which is to increase the number of people going for private treatment. Again, what’s happening here is not that the government is cutting a cost, but that it is transferring it – from the state to those who can afford to go private.

An even more obvious example of what I mean are benefit cuts. These merely transfer costs from government to benefit recipients who must cut their spending and lead meaner lives.

The cost does not fall on them alone, however. It also falls upon those companies who suffer lower demand when benefit recipients cut spending. When Tesco chairman John Allan says we have “a moral responsibility” to look after people suffering from the cost of living crisis, he’s appealing to the government to help his firm. Smarter capitalists know that austerity hurts them too.

In cases such as these, therefore, talk of the government cutting costs is plain wrong. What it is doing is shifting the costs, from the collective to individuals.

In this cases, the key question is: who is best able to bear costs – the state or individual?

In the case of pensions, I think the answer is clear – the state. Private pension provision is difficult and expensive. Not only do we face high fees from the organized theft that is the fund management industry, but we also face investment risk and longevity risk. The state is better on all three counts.

Similarly, scrimping on NHS spending introduces risk into our lives – that of being impoverished by ill-health. Benefit cuts have a similar effect, forcing individuals and retailers into being more exposed to bad economic times. They therefore weaken the automatic stabilizers that help protect us from recession.

In all three cases, the Tories are stepping back from a classic function of the state, which is to pool risks. It is transferring risk from government to individuals, who must take more investment risk, risk of impoverishment by ill-health, or risk of income loss in bad times. In this context asking “how great is the ‘black hole’ in the public finances?” is the wrong question. The question is: which costs and risks should be borne by the state and which by individuals?

This is not to say however that all possible government cuts are merely shifting costs.

One pure cost saving would be the reduction in the deadweight costs of administering taxes and benefits. Shifting taxes from incomes to land would be one such saving; land taxes don’t have the disincentive effects that other taxes do. So too would simplifying the benefit system.

Other cost savings would be reducing the functions of the police, for example by legalizing drugs. Yet another would be cutting military spending: if you cut health spending, we might buy a private operation, but if you cut military spending we’ll not buy our own private nuclear weapons. You can think of other examples.

You might reply that even in these cases, cutting government spending is not a pure cost saving as it entails job losses. Not necessarily. We are close to full employment, which means we must consider not only the volume of employment but the nature of it: do we really want arms manufacturers and a surveillance state rather than care workers and medical equipment?

Now, you might quibble with my individual judgments of particular cases. But I think the distinction I’m making between cost savings and cost transfers is robust and important. What we must ask is not whether the government needs to find savings, but other questions: what costs must be borne by the state and which by individuals? And what goods and services do we want more of, and what less?

BRAVE NEW EUROPE is a not-for-profit educational platform for economics, politics, and climate change that brings authors at the cutting edge of progressive thought together with activists and others with articles like this. If you would like to support our work and want to see more writing free of state or corporate media bias and free of charge. To maintain the impetus and impartiality we need fresh funds every month. Three hundred donors, giving £5 or 5 euros a month would bring us close to £1,500 monthly, which is enough to keep us to carry on.

A look ahead to the Spanish elections on April 28th. The issue of Catalan separatism looms large, while the right appears more fragmented than the left. A wild card could be the populist Vox party. […]

The inequalities between the EU nations is glaring. Especially in the social care sector. Roger Steer is a Management Consultant working in the Healthcare sector as well as an Advisor to Local authorities scrutinising NHS […]

Dean Baker – Coronavirus, the Stock Market, and the Economy

Seeing what occurred on the Asian stock markets this morning, we thought we would post this. Dean Baker is a Senior Economist at the Center for Economic and Policy Research (CEPR) Cross-posted from Dean Baker’s […]