40 billion euros. That’s how much the European Union wants to spend on the research, development and procurement of new weapons during the next 10 years. The establishment of the European Defence Fund is an unprecedented acceleration in the militarization of the EU and only serves one purpose: sustaining the competitiveness of the arms industry. The question, which weapons should be developed and if they are actually needed, is not even asked.

The decision making process was heavily dominated by corporate interests. Civil society nor the European Parliament were given any substantial input on these far reaching decisions. Based on disclosed EU documents.

Information for this posting is largely taken from Vredesactie‘s new report Securing Profits: How the arms lobby is hijacking Europe’s defence policy.

Growing militarisation of the EU’s budget

2015: European Commission sets up the Group of Personalities on Defence Research – the advisory body to set out the agenda for an EU military research programme. The group was heavily dominated by the arms industry. Its members include the CEOs of arms companies MBDA, Indra, Saab Airbus, BAE Systems, Leonardo S.p.A (formerly Finmeccanica) and the Chair of ASD, the European arms industry lobbying group. The group is chaired by Elżbieta Bieńkowska, Commissioner for Internal Market, Industry, Entrepreneurship and SMEs.

October 2016: European Parliament voted in favour of the Preparatory Action on Defence Research fund which was proposed by the Commission in the 2017 EU budget. The fund grants €90 million for defence research over a period of three years.

November 2016: The European Commission presented the European Defence Action Plan in which it proposed the establishment of a European Defence Fund for the joint development and acquisition of military equipment. It contains a list of proposals to mainstream the military sector into the main EU policies and funds (from research to regional and structural funds, the European Investment Bank, and even Erasmus+). Many of the policy proposals in the Defence Action Plan closely matched proposals made by the arms industry.

June 2017: The European Council welcomed the Commission’s communication on a European Defence Fund. It also called for rapid agreement on the proposal for the EDIDP which would divert €500 million of the EU budget over 2019-2020, in order to fund the development of new military technology.

June 2017: European Commission proposed mobilising €40 billion by 2027 for research and development of weapons and military hardware through the European Defence Fund. Commission President Jean-Claude Juncker said in a speech at the ‘Defence and Security Conference Prague: In defence of Europe’:

While [the European Defence Fund] will not and cannot replace Member States’ budgets on defence, it will create incentives for them to cooperate on joint research, development and acquisition of defence equipment and technology.

November 2017: 23 European member states took the first formal step to set up PESCO – Permanent Structured Cooperation, for countries committed to spending more on defence and on the procurement of military equipment. A key part of PESCO is setting up the European Defence Fund.

By the end of 2017: The Council has to adopt a decision to establish PESCO by qualified majority.

[PESCO] foresees the possibility of a number of EU member states working more closely together in the area of security and defence. This permanent framework for defence cooperation will allow those member states willing and able to jointly develop defence capabilities, invest in shared projects, or enhance the operational readiness and contribution of their armed forces.
Council of the European Union press release

The arms industry exerts its influence in Brussels through a web of direct lobbying, think tanks, events and conferences, and trade associations. All the major arms companies have offices in Brussels, and the AeroSpace and Defence Industries Association (ASD), the arms industry’s most important EU lobby organisation, has been pushing for the European Defence Fund. Some proposals made by the European Commission almost mirrored recommendations made by ASD (See ASD’s position paper, ‘Considerations on the European Commission’s Defence Action Plan‘).

There is a constant and close dialogue with both the European Commission and the European Defence Agency (EDA)
Arms industry lobby organisation AeroSpace and Defence Industries Association (ASD)’s Brussels newsletter, May 2016

Disclosed EU documents show the decision-making process for the Preparatory Action on Defence Research was heavily dominated by corporate interests. Beginning with the Group of Personalities, which set out the agenda for a EU military research programme, the content of the PADR was almost exclusively decided on by the Commission, the European Defence Agency, member states and the arms industry. Neither civil society nor the European Parliament had any substantive input into this decision-making process. 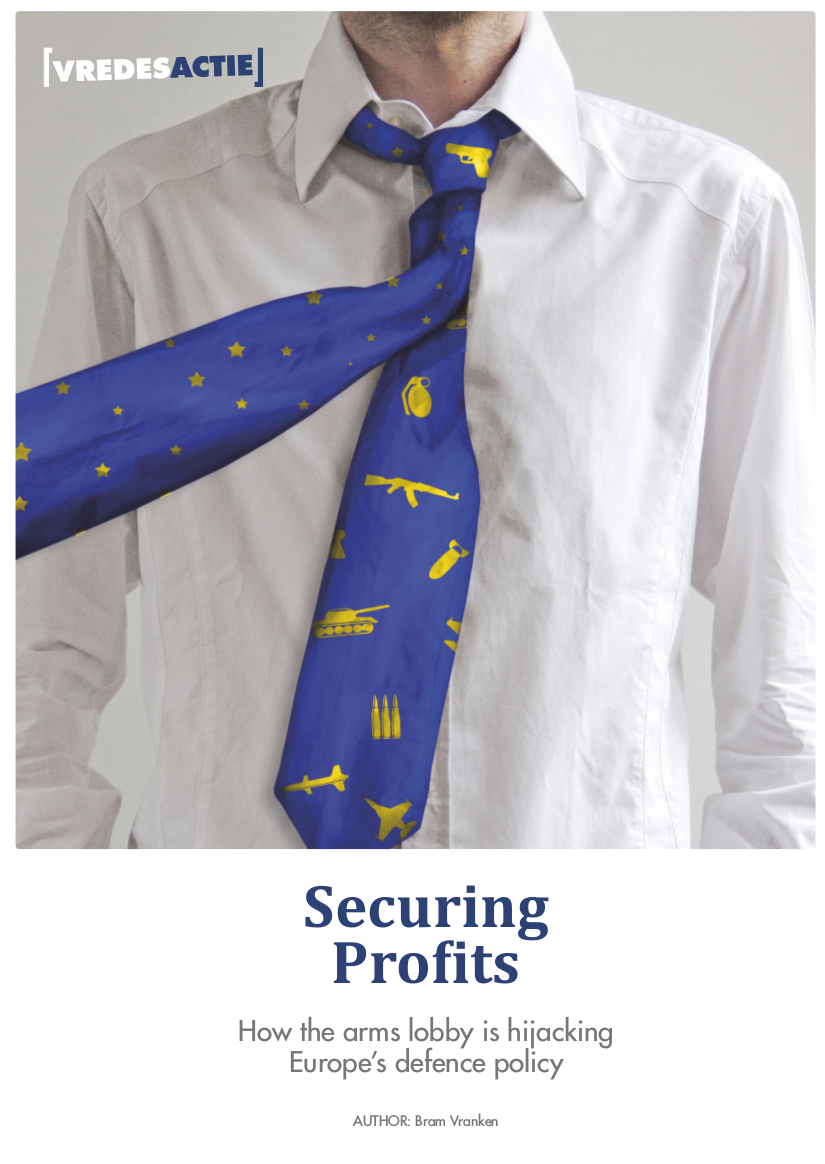 Securing Profits: How the arms lobby is hijacking Europe’s defence policy exposes the growing influence of the arms industry on EU policy-making. It explains that:

Monopolies are mainly associated with the United States. And in Europe? Jan Eeckhout is the ICREA Research Professor at Pompeu Fabra University in Barcelona Counterbalance is a newsletter from a new anti-monopoly organisation, the Balanced […]

Heiner Flassbeck – La Grande Illusion: how France Lies to Itself

Among the European nations, France in particular tends to overestimate Germany’s capabilities and measure itself against Germany. The result is a grandiose European misjudgment. Heiner Flassbeck is an economist, as well as publisher and editor […]