And guess which EU nation is investing most heavily in gas? And guess from which nation the president of the EU Commission comes from? Welcome to Germany’s Brown Deal for the EU. 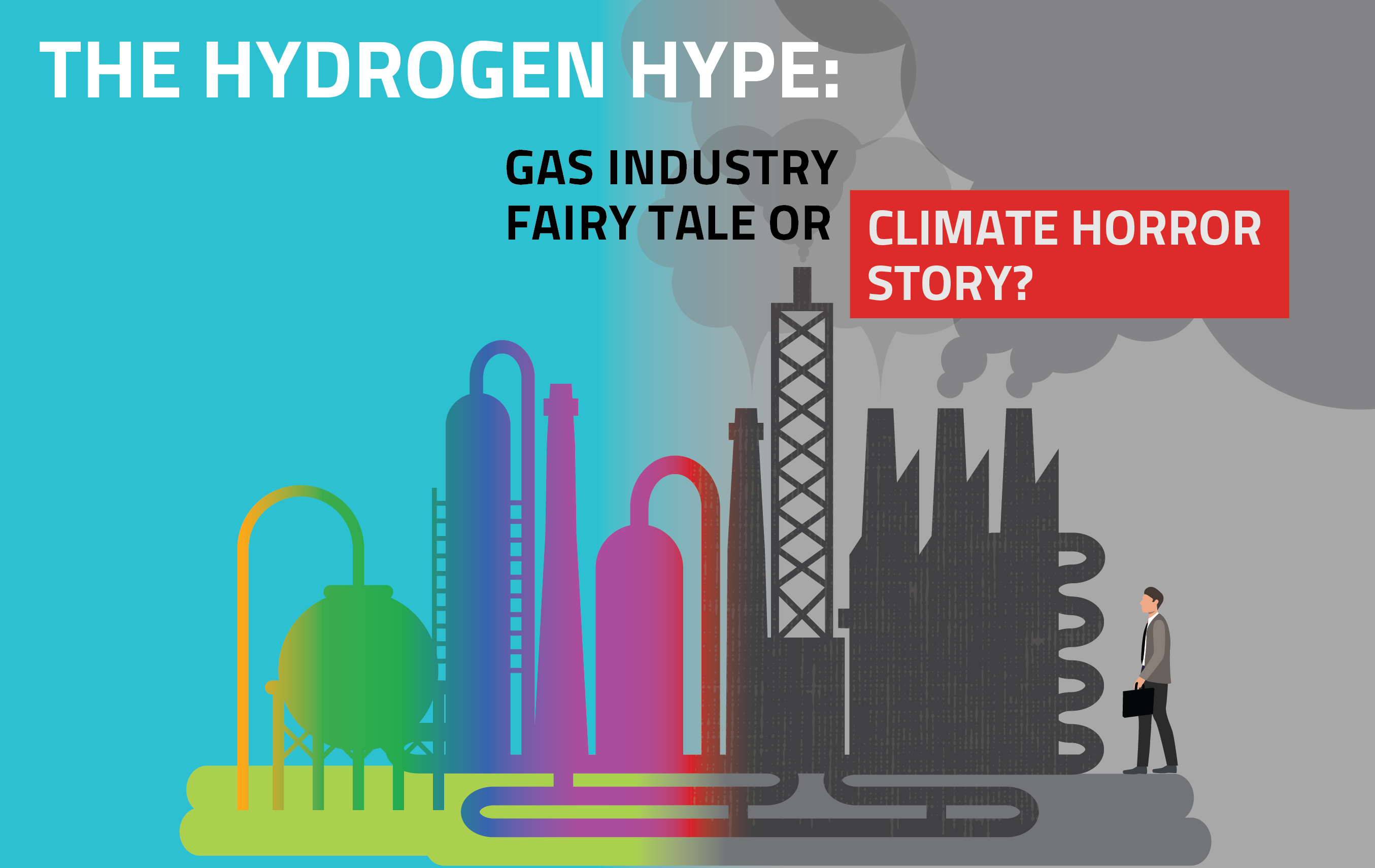 Industry’s hydrogen hype machine is in full swing. An analysis of over 200 documents obtained through freedom of information rules reveals and intense and concerted lobbying campaign by the gas industry in the EU. The first goal was convincing the EU to embrace hydrogen as the ‘clean’ fuel of the future. Doing so has secured political, financial and regulatory support for a hydrogen-based economy. The second task was securing support for hydrogen derived from fossil fuels as well as hydrogen made from renewable electricity. Successful lobbying means the gas industry can look forward to a lucrative future, but this spells grave danger for the climate as well as the communities and ecosystems impacted by fossil fuel extractivism.

Key findings of the new report by Corporate Europe Observatory, Food and Water Action Europe and Re: Common include:

The EU has jumped aboard the hydrogen hype train and is going full steam ahead, embracing hydrogen as the ‘clean’ fuel of the future and lavishing it with political, financial and regulatory support. Yet today less than 0.1 per cent of hydrogen produced in Europe is from renewable or ‘low carbon’ electricity. While hydrogen is presented as a climate panacea, concerted lobbying by the gas industry has ensured that for the next few crucial decades at least, Europe’s much-hyped ‘hydrogen economy’ will be powered by hydrogen made from polluting fossil fuels rather than from renewable electricity. As for the promised ‘green’ hydrogen, industry and the EU are planning to source half of it from Ukraine and North Africa, continuing the neocolonial relationship that has characterised EU energy policy up to today, extracting resources while leaving behind the political, social, and environmental impacts.

Europe has an opportunity to transform its energy system and wrestle back control from a small cartel of fossil fuel-hungry corporations but appears too afraid or unwilling to break with the status quo. Rather than trying to decarbonise our gas system by putting our faith in unproven technologies such as carbon capture and storage or ‘green hydrogen’, which can never be sustainably delivered in the necessary quantities, we need a just transition to plan a phase-out of all fossil fuels and their associated infrastructure in line with climate science, while protecting communities and workers over corporate profits.

The Gig Economy Project is a media network for gig workers in Europe, seeking to promote efforts to transform work in the digital age. BRAVE NEW EUROPE has always considered the Gig Economy one of […]