Afghanistan has fallen to the Taliban in weeks. David Jamieson says this collapse should mark the end of ‘humanitarian intervention’ and that supporters of the war in Scottish politics should be held to account. 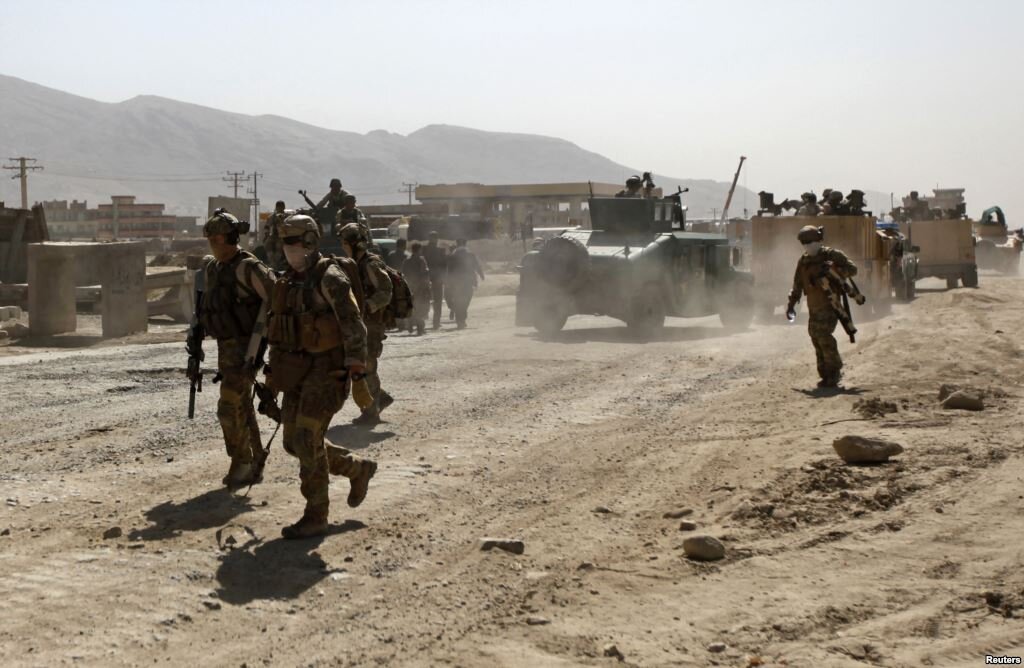 It took about a fortnight for the Taliban to overturn a Nato-built state, constructed over 20 years with over $2 trillion. In the end, that state had zero support. This should kill the doctrine of ‘humanitarian intervention’ once and for all.

The Taliban have overrun Kabul, having conquered most of the major cities in the country in a matter of days, and the President and his puppet government have fled the country. Huge amounts of money have been looted at both ends of the aid exchange that kept the government afloat for so long.

Nato forces, including major contingents from Britain and the United States, did not invade with ‘good intentions’ which have gone unfulfilled, as in the media narrative. They invaded with bad intentions – to assert western strategic interests in a vital location, placing troops on the borders of regional players including Iran, Pakistan and China at a time when the US and its allies were about to launch a major attack against Iraq.

The ridiculous pretext that the war was fought for the rights of women and girls is an insult. Rights cannot be protected and sustained by a foreign force that exploits and steals from the population. Most Afghan girls never saw the inside of a classroom during the occupation. Most of the country remained under the control of authoritarian warlords.

The supposed mission to combat Al Qaeda also failed spectacularly. Osama Bin Laden hid in Pakistan for many years, presumably with the compliance of elements of the Pakistani state, a supposed ally of the US. The international Jihadi movement is far more powerful today than it was in 2001, as a direct consequence of the ‘War on Terror’.

Every British soldier killed in Afghanistan died for nothing except the tax money stolen by elites in Kabul, Washington and London. They were largely drawn from working class communities, and sent to fight on the behalf of the state and big business. None of the journalists or politicians so fond of ‘civilising the natives’ ever picked up a gun themselves.

We should never forget who is responsible for all this.

Of course, it was the Labour party that brought Britain into the Afghan war, supporting the US war drive without hesitation. With Tony Blair and Peter Mandelson back as advisors to Keir Starmer, it’s little wonder he has criticised the decision to withdraw troops.

The Tories maintained the occupation for over a decade, launching various failed bids to control the rebellious south of the country.

The SNP supported the drive to war in 2001, and since then they have drifted ever closer to the western foreign policy establishment, voting in 2012 for a policy to join Nato upon Scottish independence.

Now these same parties are bemoaning the collapse, and ignoring their own responsibility for a failed 20 year occupation and war. Sturgeon said the Afghan people, “women and girls especially”, were being “shamefully abandoned” by the withdrawal of troops. But she was prepared to kill these same people in the invasion and occupation. She said nothing as US planes continued the bombing of Afghan cities until just a few days ago. And she and the SNP’s spokespeople on defence are determined to maintain close ties with Nato.

It’s time to retire the whole concept of ‘humanitarian intervention’. There isn’t a single ‘humanitarian’ military force in the world. Powerful states don’t raise armies for the purpose of human solidarity, and they will only ever act in their own strategic and economic interests.

The collapse in Afghanistan is the worst defeat Nato has ever experienced and underlines the decline of western military prestige. It comes on the back of other disasters, like the collapse and civil war in Libya after Nato bombing.

There is simply no other function for Nato beyond these adventures, and exit from the organisation is essential. Those who organised and prosecuted the war should not be allowed to hide behind appeals to sympathy for the Afghan people, against whom they have committed so many crimes.

Finally, the Afghan people themselves deserve our solidarity, and aid in seeking refuge. True to form, the British state is likely to resist the prospect of really humanitarian action.

Anne Dufresne, activist for gig workers’ rights and member of the GRESEA research group, gives a critical perspective on Uber’s recognition agreement with Belgian union UBT-FGTB, the first such agreement in the EU. A longer […]

Thys Millan – UK: Solidarity with striking lecturers is the only way students win

UK university employees will be entering another major strike nest month as the financialisation of higher education in Britain continues. BRAVE NEW EUROPE has always supported these strikes in which many of our authors participate, […]

John Rees – The Path to War: Ukraine, Russia, and NATO

Russian aggression is real, but so is Nato duplicity in Ukraine John Rees is a writer, broadcaster and activist, and is one of the organisers of the People’s Assembly. This article was reposted from Counterfire. […]