The chinks in the armour of neo-liberal capitalism are becoming increasingly apparent. Whether the Labour Party wins the next election or not, some of its ideas are gaining traction, even in the City of London.

David Shirreff is one of the founders and current editors of BRAVE NEW EUROPE. He is a former finance and business journalist at The Economist, author of “Break up the Banks!”, and playwright 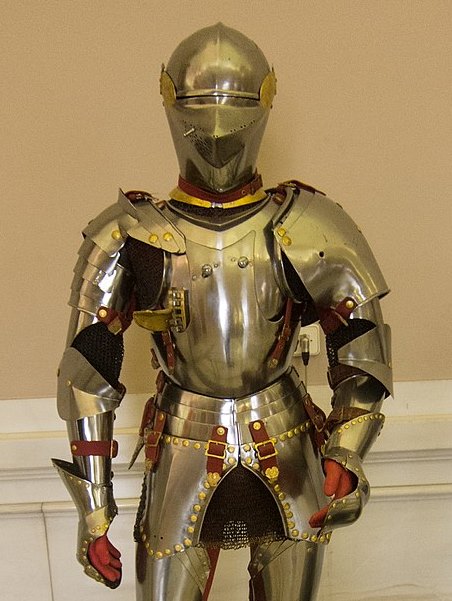 Armourers’ Hall, in the heart of the City of London, the home of the Armourers & Brasiers’ Company founded in 1322, is a fitting venue for a discussion on the future of capitalism. No suit of armour, however strong and well-engineered, has managed to outwit the advances of warfare for very long. Likewise free-market capitalism, which looked invincible through the closing decades of last century, has taken a real beating over the past 10 years.

Now even financiers in the City of London, some of whom grew rich on its inefficiencies, are facing strong evidence that the ideology has run its course. This week they attended a meeting, convened by the Centre for the Study of Financial Innovation, to discuss how the Labour Party might rework the UK financial sector, should it be able to form a government after the election planned for December 12th.

Shareholder capitalism is broken. Even the Financial Times (FT) long-time supporter of shareholder value as a measure of corporate performance has been having a rethink. Shareholder capitalism has fallen victim to poor governance, rent-seeking and the abuse of limited liability, said Jonathan Ford, City editor at the FT, leading the discussion. The rise of institutional shareholders and their use of hired asset managers has encouraged short-termism and a bonus culture, diverting funds into private pockets and away from re-investment.

Privatised utilities provide some of the worst examples – where regulators have tried, but failed miserably in most cases, to prevent rent-seeking and the skimming of profits into management pockets. The rise of corporate ownership by private equity firms and their use of leveraged funding is making listed stock markets less effective. The companies themselves are vulnerable to rent-extraction, in the form of special dividends, and a high level of debt, which leaves them underinvested and more exposed to market downturns.

The Labour Party wants to change all this. Its plans would include a form of industrial capitalism, driven by the (still supposedly independent) Bank of England and a National Investment Bank. The Bank of England would have productivity as one of its targets (3% growth per year), though it is not yet clear what levers a planned Strategic Investment Board could pull to stimulate such growth.

The biggest area of change under Labour could be the re-nationalisation of some previously privatised utilities, such as water, gas, electricity, public transport. Critics of the idea have warned of the cost of buying back private-company shares at market value – or the cost of litigation if there is an attempt to expropriate. Market value is not necessarily the fairest measure, however. A government could justifiably take into account how much was stripped out of a target company since it went into private ownership.

But can public ownership achieve a better-run service, utility or production company? The Britain of the 1970s, with its sclerotic public utilities, is not an encouraging example. More recently too, Britain’s biggest bank in national ownership, Royal Bank of Scotland, has performed miserably since it was taken over in 2008. Nor has it particularly served the national interest, having been left to run as if it were in private hands.

We Own It, a largely crowdfunded movement pushing for more public ownership, recommends that publicly owned organisations are governed by a supervisory board, half of whose members are workers, members of civil society and public service users.

According to opinion polls, it says, there is huge popular support for public ownership of water supply, energy, rail, health and education.

Such a transformation may seem pie in the sky today, but it is the direction of travel. Even if the Labour Party fails to form a government after the December election, these ideas for reforming capitalism in Britain are out there, and they are gaining traction even in the heart of the City.

John Weeks – Britain: The Prime Minister has weakened the Treasury. Progressives should be grateful

An interesting take by John Weeks on the newest developments with regard to  Britain’s upcoming budget. John Weeks is PEF Council Coordinator, Professor Emeritus, School of Oriental & African Studies, University of London. His most […]

Scandinavia is seen as a haven of tolerance. That reputation is wearing thin in Denmark Victoria Canning is Lecturer in Criminology at The Open University Alice Minor is a project worker at DIGNITY – Danish […]