The Corona crisis means many core industries would have sunk without government help – a great opportunity perhaps to force a change of corporate governance and in some cases ownership too. 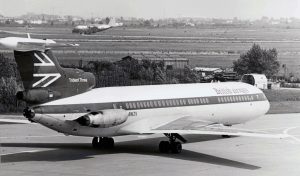 The idea is out there as a quick means of bailing out vital industries, but does it make sense? More seriously than in the 2008 financial crisis, governments battling the Corona Virus are faced with the mass-bankruptcy of not just one key industry but many. Airlines, railways and carmakers are in the front line, but there are many others for which demand has fallen off a cliff. What to do?

The remedy that western governments ducked in 2008 was nationalisation. No bank, no, not even Royal Bank of Scotland, was truly put under state control, even though their equity was gone many time over. Shareholder capitalism still ruled and the fear was that a bank like RBS with civil servants at the helm would simply cease to be competitive in the shark pool. JP Morgan, Citibank, Deutsche Bank, Barclays, Goldman Sachs and many others escaped by the skin of their teeth.

Maybe in those days Gordon Brown and his chancellor Alistair Darling, and their US, German, Irish, Italian and French counterparts, were right to be fearful. But the UK certainly missed an opportunity to make RBS and Lloyds exemplars of corporate governance. Deutsche Bank went on to disgrace itself many times over as a cesspool of greed. A much-needed change in corporate culture just did not happen across the financial sector or in the higher echelons of major companies.

Shareholder capitalism today is on much shakier ground. Almost all commentators on the subject recently have argued for a more inclusive kind of capitalism. However, even where companies have appeared to embrace the principle of stakeholder capitalism, to serve employees and customers as much as shareholders, and a clearer sense of public purpose, the mechanism to turn that into reality has failed. Shareholders still largely call the shots on corporate behaviour.

I hesitate to call the Corona crisis a golden opportunity for governments to put this right. After all their main goal in the next few months must be to keep their populations as safe and healthy as possible, whatever it costs on  paper. But a long view might be that many of those industries that have become hard-to-keep-honest, tacitly-subsidised, polluting, private monopolies should be brought into the common weal: airlines, railways, water and power utilities, the NHS (yes, too much of it has been outsourced at huge future cost).

The UK is taking back rail franchises. The French finance minister Bruno le Maire dared to use the term nationalisation when discussing the bail-out of big companies.

Would nationalisation be fair? After all, unlike the banks in 2008, which had clearly abused their position and destabilised markets, most big companies today are victims of sheer bad luck. However, the world is not likely to return to business as usual for a long time, if ever. Air travel, cruises, exotic holidays, even global trade and logistics chains are likely to be severely curtailed. The idea of state-owned cruise ships is absurd. But industries that keep the fabric of a nation together might be candidates for state intervention now, with the quid-pro quo of state ownership or part state ownership later.

Start with airlines. It is doubtful whether the no frills business model followed by Ryanair and EasyJet will ever make sense again. A stag weekend in Kerala or even Rome may never again have the appeal that it once did. But even carriers charging higher prices have not been pricing in or paying for the true cost of air travel, in terms of its carbon footprint and the cost to the environment. Air passenger tax never covered the kerosene used and the noise and air pollution. During the crisis most airlines that keep flying will need huge government support. The quid pro quo might be that governments then choose to subsidise the type of flying that serves the overall economy and the public good. Flying prawns to be shelled half-way across the world and back again may already be a thing of the past. Major airlines may then be whittled down to a number of national flag-carriers – the ghosts of Pan-Am and BOAC may re-appear. State ownership could be the only option for such beasts.

Privatisation of rail networks turned out to be a can of worms. Where it happened, as in the UK, there were a series of disasters. (The conflicts of interest when attempting to provide rail transport as a public good, but for profit, have proved largely insurmountable.) Where rail privatisation only half happened, as in France and Germany, the state-owned railways have been distracted for years by the pressure (from the EU) to privatise. Deutsche Bahn sought to raise profitability rather than re-invest, with consequences that are still felt today. The French so far have sensibly said “non” to a privatised SNCF.

The privatisation in the UK of other utilities such as water, gas and electricity was another disaster. In general it allowed the new owners and managers to take the net-present-value of years, even centuries, of investment up front and trouser generous dividends and bonuses. Long-term investment suffered and was undertaken only grudgingly in a tug-of-war with the relevant government watchdog.

In the current crisis such industries are expected to be public spirited, and they will be. Trains will be kept running, essential flights flown, and lights kept on, the water running. But they won’t be profitable without government help. Prices will be controlled, many consumers will be subsidised, the dynamic of supply-and-demand will undergo deliberate government intervention.

As we come out of this crisis, the opportunity to shape better, more public-spirited companies should not be squandered. In 2008 it never happened. Too quickly it was back to business as usual. Perhaps that is what people instinctively crave – normality, or what they thought was normal. But was it? Time perhaps for a step-change in thinking on how to reshape some building-blocks of the economy – as there was after, and even during, the Second World War.

‘Socialism with Chinese characteristics’ is replicating United States inequalities. Branko Milanović is an economist specialised in development and inequality. His newest  book is “Capitalism, Alone: The Future of the System That Rules the World” Cross-posted […]