Some thoughts of how home office will change the economy, but also the structure of society. 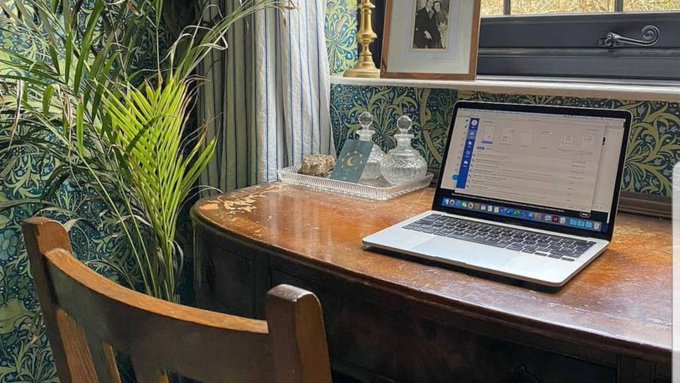 In his New York Times column Neil Irwin gave 17 reasons why we should be optimistic about the economy’s near and medium-term prospects. He raises good and important points but I would add one more that he and others have largely overlooked.

More than 20 percent of workers now report that they are working from home at least part-time as a result of the pandemic. While many of these workers may end up returning to their offices when the pandemic is under control, or at least going in more frequently, there is little doubt that we will be seeing substantially more telecommuting even when the pandemic is fully under control. This implies a large gain in well-being that is not picked up in GDP.

As I have pointed out before, there are two issues involved here. First there are substantial work-related expenses that these workers will no longer be making. The most obvious are the costs associated directly with the commute to work. This means paying for the wear and tear on a car, the gas for the trip, parking, or money spent on trains and busses. These are counted as consumption in GDP, but they provide little benefit to the commuter, apart from getting them to work.

There are always expenses associated with spending a day at the office that may provide some benefit, but can be largely avoided for people working at home. This would include restaurant meals bought before, during, or just after work, clothes needed for work, trips to a hair salon, and other expenses that are higher due to having to be in a work environment.

Child care is a very large expenditure in this category, although it is somewhat ambiguous. People working at home may also need someone to care for their young children to give them the time needed to get work done, however they will almost certainly need fewer hours of childcare for the simple reason that they are spending less time commuting.

This brings up the second source of unmeasured gain from working at home. If people are spending less time commuting, they have more time for other activities. To take a simple case, if someone had a daily commute that averaged one hour each way, and they are now able to work from home, they effectively have another ten hours of week of free time.

This is effectively a reduction of ten hours in the length of their workweek, which comes to 20 percent if a 40-hour work-week was the starting point (10 hours saved commuting measured against a combined 50 hours spent working and commuting). This is a very substantial benefit to these workers.

In short, we are likely to see large benefits from increased telecommuting that are not picked up in GDP. These take the form of substantial reductions in work-related expenses (these will appear as a drop in GDP) and an increase in leisure time. To be clear, these are not complete saving – many people value being able to have lunch with work colleagues and not all commutes are unenjoyable (I usually rode my bike in DC) – but there can be little doubt that most people would be happy to save the money they previously spent on dry cleaning bills and the time they no longer spend in rush hour traffic jams.

If we are thinking about making people’s lives better, and not just higher GDP, a permanent increase in telecommuting is likely to be a big deal. However, there is an important qualification. This will also increase inequality. It will tend to be higher paying office jobs that allow telecommuting.

People who work in construction, manufacturing, serving foods in restaurants, or cleaning up in stores and offices will not have the option to work at home. This point about inequality in work environments should already have been driven home during the pandemic, as most lower paid workers had to risk exposure at their workplace, while higher paid workers largely had the luxury of remaining at home.

This issue will remain, even if the consequences are less severe, after the pandemic is contained. The time higher paid workers are compensated for will reflect the time they have to commit to their jobs. Lower paid workers must also spend hours commuting each week, and pay additional expenses associated with working away from home. This is an important factor to consider in issues like setting the minimum wage or public support for child care.

Anyhow, we should recognize the gains associated with increased telecommuting as a large increase in well-being that will not show up in our GDP measures. And, we should also recognize these benefits will accrue to a large number of people, but still a minority of the workforce. The option to telecommute is yet another factor pushing a large segment of the population further behind.

Patrick Cockburn: London and Washington are Being Propelled by Hubris – Just as Putin was

The international atmosphere today is close to 1914 with nations on the march, but without having much idea what they are marching towards. Patrick Cockburn is the author of War in the Age of Trump (Verso) […]

Greenpeace – Busted: 5 tricks the aviation industry plays on us to appear green

Flying is one of the most acute challenges of climate breakdown. How the aviation industry tries to get around this. Cross-posted from the Greenpeace website Abandoned aircraft sit on a flooded tarmac at the Don […]

Who governs the euro area? The informal nature of the Eurogroup and the limited transparency of its decision makes this a difficult question to answer. Yet knowing who is in charge is the very prerequisite […]