The report also pointed the finger at journalists for providing false balance to “contrarian” voices in their coverage of the issue. 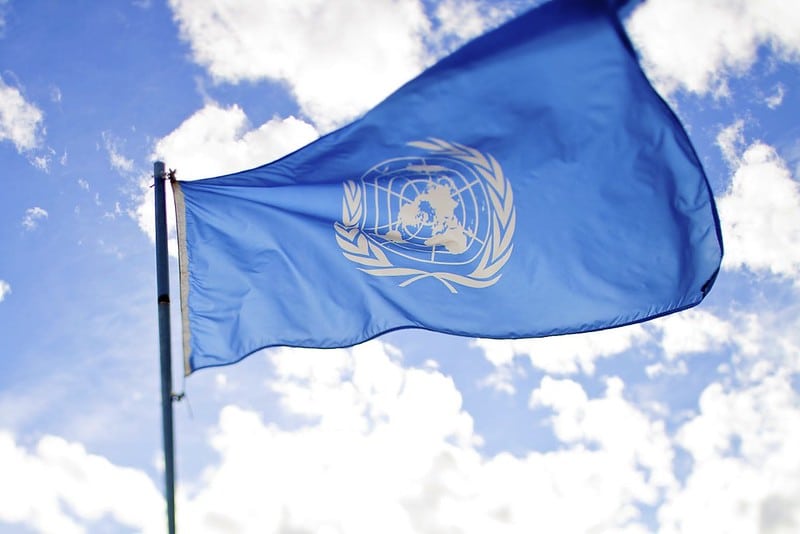 The UN’s expert climate science organization has criticised the “vested interests” obstructing efforts to cut emissions for the first time this week.

The world’s leading climate scientists warned of the “irreversible” impacts of global warming in the latest report by the Intergovernmental Panel on Climate Change (IPCC), describing the window of opportunity to act as “brief and rapidly closing”.

The review, which focuses on adaptation, said that despite scientific certainty around human-caused climate change, “vested economic and political interests” were delaying efforts to tackle it.

These have “generated rhetoric and misinformation that undermines climate science and disregards risk and urgency”, it noted, resulting in “public misperception of climate risks and polarised public support for climate actions”.

In addition, the report described the tendency of some sections of the media to “unevenly amplify certain messages that are not supported by science, contributing to politicization of science”.

This is the first time that the IPCC has addressed the tactics used by those attempting to delay action on climate change, a move that has been welcomed by academics.

Geoffrey Supran, a research associate at Harvard University who has written extensively on misinformation around climate change, said the inclusion “finally threw the weight of the global scientific community behind the mountain of social science scholarship on climate obstructionism”.

Richard Black, an honorary research fellow at Imperial College London’s Grantham Institute, told DeSmog that the IPCC’s reference to misinformation was a “novel ingredient”, but also a necessary one.

“If you’re thinking about barriers to adaptation, misinformation persuading people that climate change isn’t a problem clearly is a barrier,” he said.

Tactics by individuals and companies to obstruct climate change action have been well documented. A recent DeSmog analysis of over 300,000 tweets from the past five years found that climate science deniers have been principally promoting four major narratives, based on drumming up fears of government control in order to prevent effective climate policies, particularly in the U.S.

While fossil fuels companies and industry are responsible for nearly 90 percent of global carbon dioxide emissions, the latest IPCC report doesn’t directly name any polluters. Instead it refers to those who have “organized and financed misinformation and ‘contrarian’ climate change communication”.

The second instalment of the Sixth Assessment Report notes that misinformation around climate science has “created polarization” in North America, particularly in the U.S., thereby limiting climate action.

In addition, the report highlights the influence of print and broadcast media in shaping public perceptions around climate change – and warns against climate scientists and contrarians being given equal weight in coverage of climate change for the purposes of journalistic balance.

This, it says, can “unevenly amplify certain messages that are not supported by science, contributing to politicization of science, spreading misinformation, and reducing public consensus on action”.

While the inclusion of misinformation has been welcomed, Supran urged the IPCC to “go further, name names”, saying the reports should expose what he described as the “veiled reference to ‘vested economic and political interests’”.

Simon Lewis, professor of global change science at University College London, agreed that “the job of IPCC authors is to report the truth, to the best of their abilities, no matter who it might upset”.

“That the IPCC are reporting on misinformation campaigns, and this is seen as a step further than past IPCC reports, shows that scientists have been too timid in the past,” Lewis said.

“For me, I’d have liked to see the authors go further and say who the literature says is organising and funding these misinformation campaigns. The public deserves to know.”

“Most of Europe is in a situation where it could easily make large commitments toward increased spending on clean energy, mass transit, and conservation at essentially no economic cost.” Dean Baker is a Senior Economist […]

Mathew D. Rose – Ukraine: The Party’s Over. Now What?

There wil not be, nor would there ever have been a happy end to the Russian invasion of Ukraine. Mathew D. Rose is an Investigative Journalist specialised in Organised Political Crime in Germany and an […]