‘A Study of Economics as if People Mattered’ was the subtitle of E F Schumacher’s most famous work, ‘Small is Beautiful’. It might seem jarring to non-economists that people might not “matter” in economic theory but Schumacher’s contention was that the “simplifying” assumptions of mainstream economics were decidedly non-trivial – they were “assuming away” the very essence of our humanity. Seen by many as the godfather of the modern environmental movement Schumacher viewed with alarm the alienation caused by the rapid industrialisation of the modern era and with even greater concern the devastating ecological impact of mankind’s frenetic race to produce more and more. On the eve of COP26 Schumacher’s ideas are arguably more relevant that ever. In the second episode of our fifth season, your friendly neighbourhood economists, Pete and Gav, take you on a journey through the colourful life and evolving intellectual landscape of Ernst Friedrich Schumacher. Along the way you can test your knowledge on other famous Schumachers and debate the ethics of naming a child after an old flame… As always, technical support is provided by Mr Shingles and music comes from jukedeck. You can make your own at jukedeck.com. 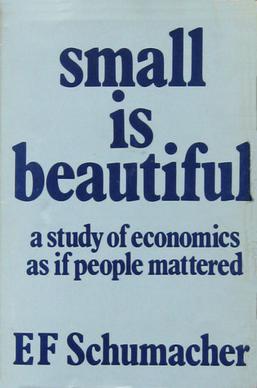 Quinn Slobodian, author of Globalists: The End of Empire and the Birth of Neoliberalism, on the history, theory, and practice of the doctrine Listen here

Ann Pettifor – They think it’s all over

On Labour´s attempt to forge a reputation for economic competency based on new economics: What does it mean? Has it worked? Can Labour escape the balancing the household books narrative? Is austerity economics really over?

Reich explains why inequality is not good for society and what needs to be changed.