Amidst soaring inflation, central bankers should avoid panicking prematurely and compare the current situation to that of stagflation as seen in the 1960s and 1970s. Even persistent inflation has causes other than monetary policy, Economist and historian Eric Monnet reminds us.

Eric Monnet is an economic historian, Professor at the EHESS and Paris School of Economics

This article was originally published in French on 19 November, 2021 in Alternatives Economiques and translated by Maximilian Engel for Positive Money Europe. 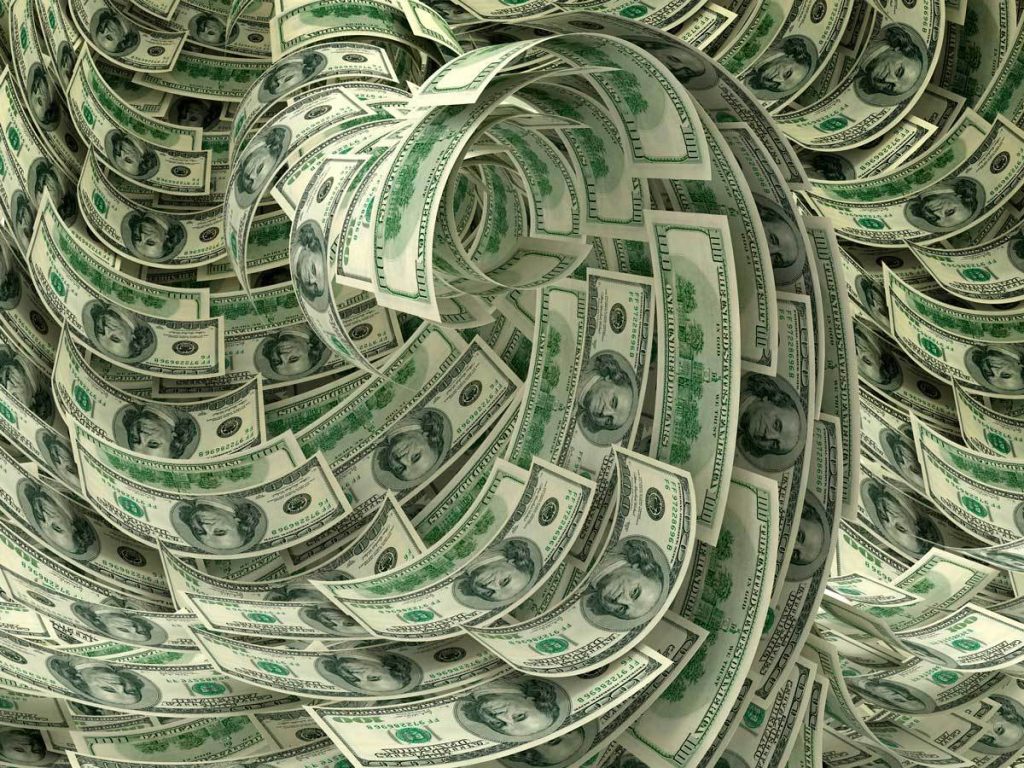 The sudden sharp rise in consumer price inflation in Europe and North America, close to 5% in the euro zone and 6% in the United States, is once again putting the spotlight on central banks. Central banks are reluctant to tighten the cost of credit for fear of breaking the post- Covid economic recovery or endangering public finances. Their caution is probably justified. Since inflation has been systematically below their target for several years – especially in the eurozone – they can now afford to temporarily exceed it.

However, their lack of reaction does not fail to raise the spectre in the press or among economists of the high inflation of the 1970s (the average inflation rate was around 15% in the industrialized countries), for which central banks are often held responsible. Unsurprisingly, Christine Lagarde is already being referred to in the German press as “Madame Inflation“. In order to shed light on the current debate, it is therefore useful to look at the sources of inflation and the role of central banks in the 1970s.

It is undeniable that, from the end of the 1960s onwards, and even more so after the 1973 oil shock, central banks let inflation run away before drastically combating it almost ten years later by plunging economies into crisis. But this observation tells us little about the reasons that led them to make these choices, and even less about the sources of the inflation of the 1970s.

Studying how inflation is a phenomenon that reflects conflicts between social groups and the disorganization of the productive system undoubtedly provides more important keys to understanding what is at stake today and why the inflationary issue is not just a matter for central banks.

It is a truism that monetary policies were one of the causes of the great inflation of the 1970s. It is obvious that history would have been different if central banks had decided in the early 1970s to pursue a hard-line anti- inflationary policy as they did ten years later. However, this statement should not be confused with the misconception that the origin of inflation would have been a lax monetary policy.

A reading of the central bankers’ records from this period – the monetary targets and forecasts they produced – reveals that they were comfortable with double-digit inflation for several years, even when they said they wanted to temporarily curb price increases. The acceptability of inflation to central bankers was not, however, the result of a reckless love of monetary instability or of a blindness caused by the reading of Keynes, as conservative thinking has subsequently tried to make out.

Since the end of the Second World War, the fight against inflation had been a major concern of central banks and governments. After the introduction of monetary stabilization schemes in the late 1940s, inflationary pressures had been steadily building up, driven by geopolitical events such as the Korean War (1951-1953) or economic reconstruction.

Of course, the spirit was more about stop and go policies than moderation of macroeconomic volatility: central banks alternated episodes of opening and closing the credit tap to push for reconstruction and industrialization while respecting the objective of moderate inflation. Moderate inflation – like growth – was considered indispensable for the legitimacy of state intervention in the economy as well as for the stability of the international monetary system and the capitalist bloc in the face of communism.

Central banks in Western Europe and North America knew and could fight inflation. The main reason why they stopped doing so in the 1970s is well known: rising unemployment. Economic historians are still debating how to interpret the reaction of central banks to unemployment in this period.

It is sometimes attributed to government pressure and thus to the loss of independence of central banks. It is true that in the United States, Nixon exerted various means of pressure to prevent a change in monetary policy from threatening his re-election in 1972. At the same time, in France, Valéry Giscard d’Estaing, then Minister of Finance, insisted that the statutes of the Banque de France – the last revision of which dated from 1936 – be rewritten and included for the first time the mention that monetary policy was “decided by the government”. In Germany, Helmut Schmidt took a step but failed.

It would be misleading, however, to view these shifts – or their failure – as mere causes of the policies that followed rather than as reflections of already shifting balances. Central banks did not need government pressure to worry about unemployment and to be helpless in the face of a phenomenon unknown to them since the war and associated with the Great Depression of the 1930s.

Some quantitative studies of US monetary policy in the 1970s explain the entire lack of a strong response to inflation by model errors (overestimation of the natural rate of unemployment) or even data and measurement errors (unrevised statistical series overestimated the severity of the crisis). However, this explanation ignores the fundamental question of the causes of inflation, as well as the understanding of central banks and governments at the time.

The sources of inflation

The 1973 oil crisis was undoubtedly a major inflationary factor, but its effect was temporary and cannot explain the rise in prices over the decade.

In both the United States and Europe, the annual inflation rate had been on an upward trend since the second half of the 1960s and was already approaching 10%. The end of the Bretton Woods system in 1971 was precipitated in part by the rise in US inflation and the resulting conflicts with countries such as Germany and Japan, which accused the US of having a negative influence on world prices. And, for the same reasons, the end of Bretton Woods was already in sight following the severe crisis of the pound sterling and then the dollar in 1967 and 1968.

But rising oil prices heralded a new era in which producer prices could be used as a geopolitical weapon; the first element of the link between inflation and conflict.

The most likely theory on the causes of inflation is the one – defended in particular by the regulation school and the work of Michel Aglietta since the 1970s – which sees inflation as the joint product of a conflict between capital and labour, and the result of a disorganisation of the production chain and of the allocation of capital which leads to sectoral shortages.

The end of the 1960s saw the emergence of strong wage demands from a section of the population that had been partly left out of the industrial growth of the previous two decades. These demands were all the stronger because social developments had increased the need for consumption and recourse to debt.

If the central banks of the 1970s abandoned the fight against inflation, it was also because they felt that it was being played out elsewhere in wage negotiations or in industrial policy. The abrupt deflationary policies of the early 1980s were therefore a way of entrusting fiscal and monetary austerity with the task of belatedly settling these conflicts by siding with rising unemployment.

By studying the only Western European country that managed to stabilize its inflation during the 1970s – the Federal Republic of Germany – Peter Hall showed that the German recipe was not a stricter monetary policy, but wage bargaining that limited inflationary conflicts more than elsewhere.

Much remains to be written about the history of inflation in the 1970s, especially about the realities of wage bargaining or about the different consequences of inflation on social groups. Following Emi Nakamura and Jon Steinsson, we can also ask whether inflation really had such negative consequences on relative prices as economic models predict. One can also follow Adam Tooze and think afresh about the economic and democratic experimentation of certain Keynesian programs of the 1970s that inflation would have unfairly delegitimized.

In the shorter term, we should be wary of crying wolf and comparing such a peculiar current situation to the 1960s and 1970s, when it has only been a few months since inflation began to rise significantly. But, if the current inflationary pressures persist, then it would be worth remembering that inflation has other sources than monetary policy.

Thus the state, by regulating certain prices, through taxation, and by providing public services below market prices (health and education in particular) has a key role to play in price stability. On the contrary, it can leave monetary policy to settle these conflicts later.

It’s about inequality, stupid! Inequaltiy is without a doubt the most pressing economic issue of our day, as is climate change for our planet. By Torsten Bell, Director of the Resolution Foundation Cross-posted from the […]

The sanctions against Russia, the decline of Europe, and the American dream of becoming a landlord and financier of the world This is a transcript of an interview with Renegade Inc. Michael Hudson is the author […]