What kind of politician would want to give every adult $100,000? From employment to housing to banking, Anne & Kev chat with Steve Keen about the sort of policies a progressive economist turned political candidate, might want to implement.

Heterodox professor of economics, Steve Keen, recently made waves when he announced he will be running as a senate candidate with TNL party(link is external) in the next federal election. Steve is an outspoken critic of mainstream economics, with his 2001, 2011 book, “Debunking Economics” and recent “The New Economics: A Manifesto”. 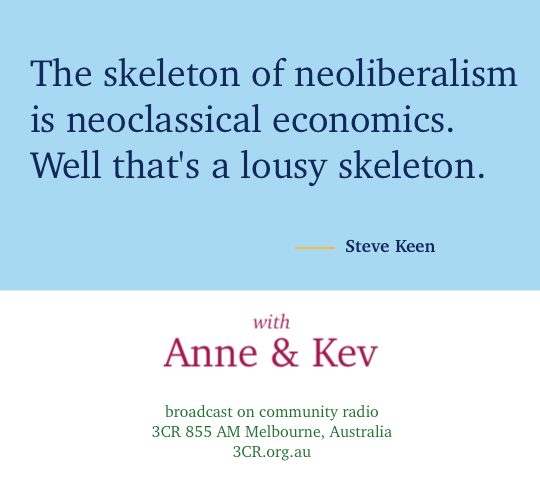 How mainstream economists keep killing the economy? Why MMT makes sense? What is the first thing he would do right now, if he was in charge of economic policies? Why is public debt not the […]

Pie lays into all the bloody poor people for daring to ask for better pay, conditions and job security.

20 March 2019 in Berlin A talk in our series “Economics beyond the Swabian hausfrau” Italy is a rich society served by an advanced manufacturing sector, where the rule of law is weak, however, and […]