Italy has its own brand of democracy, which has very little to do with what is in textbooks.. That is why scholars and pundits have so much difficulty coming to grips with it. 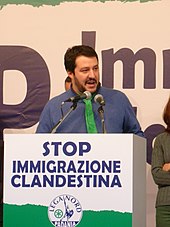 Italy is not only divided, as the recent elections have once again demonstrated, but also as divisive as usual. Optimists point to its recent recovery and 9th place in world GDP rankings (ahead of rising giants such as Russia or Indonesia); pessimists highlight that since the Cold War’s end the country’s average annual economic growth has been an almost imperceptible 0.6-0.7%. Such a figure comes on top of a host of other embarrassing rankings on issues such as corruption, good governance, rule of law, competitiveness, and more.

Numbers are often misleading, but there are reasons to be worried. Some of Italy’s problems have grown in the age of neoliberal and authoritarian capitalism. Many scholars have proposed interesting and fascinating interpretations, ranging from hypotheses on Italy’s dysfunctional state to explanations centred on ideas of patronalism and institutional weakness, while other socio-economic approaches focus on the limits of a ‘low-tech’ and mainly family-driven capitalism.

Here I propose to first look for explanations in the longue durée and then re-set the sight on more recent phenomena. Structures and institutions (and their weaknesses) have a resilience which seems to once again confirm Gramsci’s observations on the fragility of Italy’s capitalism and post-unification state. The longue durée suggests that the history of post-unification Italy is one of profound and lasting fractures, which have always hampered the emergence of a national bourgeoisie and a strong centralised state. Historian Paolo Pezzino explored the split loyalties of citizens who for decades felt allegiance to the Roman Catholic Church, local or regional authorities, political parties (fascist, communist, Christian democrat), but hardly to the state and its institutions. This was particularly clear during the Cold War, when – to recall the Marxist scholar, Franco de Felice – Italian politics was divided into two ‘camps’, a Western and an Eastern/Communist one, and Italians were used to a ‘dual state’ and a ‘dual loyalty’, one towards the country and the other towards the NATO-USA military constellation. Yet, despite these problems, Italy’s economy kept growing, if in a rather confused and often unplanned way.

What has happened then since the Berlin Wall’s fall and the birth of the European Union after the Maastricht Treaty? Privatisations and state financialisation were already under way when the Maastricht parameters and the European Monetary Union (EMU) welcomed the highly-indebted country into the age of neoliberal capital and authoritarian liberalism, especially in an increasingly ‘ordoliberal’ EU. At this stage two new ‘faces of capitalism’ made their first important appearance: on the one hand, the populists; on the other, the technocrats. The former were mainly embodied by the media mogul, Silvio Berlusconi, and his regional ally, the Northern League; the latter by the professional economists and jurists – Amato, Ciampi, Dini, Romano Prodi – who (usually in alliance with a new and liberal centre-left) partly dismantled Italy’s bloated public sector to meet the EMU targets and join the Euro in the late 1990s.

Berlusconi’s coalition, in power in the years 2001-06 and 2008-11 (after an early spell in 1994), anticipated some of the cultural and political economy features which are now attributed to Trump’s politics. Berlusconism was not only a demagogic communication style which often attracted large swaths of the Italian public, but also a social bloc with well-defined characteristics, mainly composed of Northern Italy’s host of small and mid-size enterprises (often private and not listed), parts of the vast state-run sector (especially in the energy and manufacturing industries) and parts of the middle class that Berlusconi had promised to defend from the competitive winds of globalisation and Europe. Berlusconism was mainly a defence of the status quo with clear protectionist leanings, as was testified by the often idiosyncratic ideas of Berlusconi’s favourite Economy Minister, Giulio Tremonti, an early proponent of tariffs on Chinese goods and a development bank to regenerate the Southern Italian economy.

Tremonti is a jurist, but neither a ‘technocrat’ nor a ‘Europhile.’ Brussels’ reply, however, would not take long and arrived on 5 August 2011, in the form of a much-debated letter from the European Central Bank urging Italy to urgently undertake significant economic measures. Re-enter the technocrats, this time from the main door. In the wake of the debt crisis, on 16 November 2011 the Yale-educated economist, Mario Monti, became Prime Minister. A committed liberal, Monti enacted harsh austerity measures which further depressed Italy’s sluggish economy. And yet, even under his centre-left successors as Prime Minister– Letta, Renzi, and Gentiloni – the key role of Economy and Finance Minister has been held by a non-elected professional economist, Pier Carlo Padoan, a former IMF Director between 2001-05. The results of more than a half-decade of EU-dictated austerity have been massive unemployment, a hardly visible recovery, and the return of nationalist populism.

The latter is now represented by the League’s Matteo Salvini, whose positions on migration, Islam, and Europe are far harsher than Berlusconi’s few years ago. The League’s recent electoral exploit demonstrates nationalism in Italy is a force to be reckoned with. Radical anti-Euro economists such as Alberto Bagnai have even obtained MP seats. It remains to be seen whether the threat to leave the Euro can be taken at face-value or is rather a tactical weapon to re-negotiate key EMU conditions. In the aftermath of the debt crisis, foreign direct investment in the country has grown, and not only because of French acquisitions (especially in luxury) or US funds’ shares in financial institutions (e.g. Blackrock’s 5.01% in banking giant Intesa San Paolo). Chinese state companies and banks have bought 2% shares in all of Italy’s strategic companies (Generali, ENEL, ENI, Telecom, Fiat Chrysler Automobiles), in addition to ChemChina’s takeover of Pirelli and other investments in prestigious football brands. Italy’s brand is strong but international investors remain wary, especially in the light of its chronic political instability. Core companies in sectors such as steelmaking or food processing have remained private and will likely call for more protection. The risk for the country is to be trapped in a ‘lose-lose game’ in which international investors and key national companies obtain advantages to the detriment of labour, migrants, and the country’s overall economic performance. Both technocrats and nationalist populists are likely to continue playing a role in the months and years to come, even in the case of an unusual coalition government between the League and the yet-to-discovered Five Star Movement.

Hopefully Italians will find the strength to resort to their strong tradition of local (often grassroots) civicness and resist the temptation of a third face of authoritarian capitalism, the one Hungary’s PM Viktor Orban would label ‘illiberal democracy’. It is difficult to forget that fascism’s first Economy Secretary (1922-25) was Alberto De Stefani, a liberal authoritarian economist himself, who, according to his recently published ‘Memories’, realised the consequences of his choices too late, in the summer of 1943, a torrid one for Italians and in fact the whole world.

Interview for “Marianne” as “Capitalism, Alone” is published in French Branko Milanović is an economist specialised in development and inequality. His newest  book is “Capitalism, Alone: The Future of the System That Rules the World” […]