How is Chinese foreign policy made? How is it implemented? These are questions that have long occupied China specialists. With the growth of Chinese power and influence, these questions now attract the attention and interest of a broad range of scholars in international relations (IR) and beyond. Lee Jones and Shahar Hameiri’s book, Fractured China: How State Transformation is Shaping China’s Rise, presents the latest attempt to answer these questions and open the ‘black box’ of the Chinese policymaking process. They offer a theory of ‘state transformation’ and deploy multiple detailed empirical studies to explain the puzzling ways in which China’s international interactions and behaviours display numerous inconsistencies. Theirs is a must-read contribution to the study of how China’s domestic politics affect its foreign policy.

Jones and Hameiri argue that China’s international engagements often exhibit inconsistent or contradictory behaviours, because China today is not a unitary actor. Compared with other empirical research on China’s lack of domestic coordination, this book offers a concise theoretical framework to generalise their research findings. The theoretical framework is based on the authors’ observation of the party-state apparatus’ transformation, including fragmentation, decentralisation, and internationalisation. They argue that the top leaders no longer use a command-and-control style system, and rarely orchestrate state outputs directly in the Chinese-style regulatory state. Instead, top leadership usually gives broad and vague directives and allows the domestic actors ample maneuvering space. The leaders mainly use the following mechanisms to exercise power: party doctrine; broad policy statements; coordinating institutions; fiscal and policy concessions; and the party’s power of appointment, appraisal and discipline (pp.49-54). This allows domestic actors considerable autonomy in influencing, interpreting, and ignoring the directives from the central leadership, the result being policy incoherence within the disaggregated state (pp.55-57). These actors’ struggles for power and resources have created China’s often inconsistent and contradictory behaviours abroad. 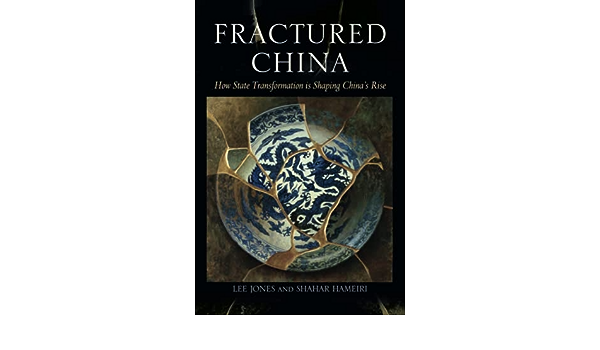 To test and support their arguments, Jones and Hameiri trace the processes of policymaking and implementation in three case studies: China’s policies in the South China Sea (SCS); its non-traditional security governance in the Greater Mekong Subregion; and its international development financing. All three examine China’s interactions with Southeast Asia, the region that is most exposed to China’s influence. To some extent, the empirical studies, particularly China’s SCS policies and its development financing under the Belt and Road Initiative (BRI), offer ‘the least likely cases’ for the book’s argument. By digging into the cases’ specific background and dynamics, the authors’ empirical research finds much evidence to support their core argument about China’s fractured policymaking and implementation. Moreover, their research on Chinese scholars’ works and interviews taken with Chinese interlocutors help address the lack of credible primary sources, a challenge faced by most researchers on China’s decision-making system.

By examining the pluralisation of China’s foreign policymaking and implementation system, the authors have challenged the widely-held unitary actor assumption in IR, one which treats states as indivisible actors. This is not only an important academic contribution but also closely relevant to contemporary debates on China’s attitudes towards the current international order (Johnston, 2019). For their part, Jones and Hameiri find little evidence that China has a well-planned coherent strategy, even in some highly sensitive and critical policy domains. As the authors argue, if we define a strategy as a precise specification of the goals to be achieved and the steps to be taken, then the vast majority of China’s international engagements are not ‘strategic’ (p.58). Therefore, by arguing that China’s international interactions are generally non-strategic in nature, Jones and Hameiri have significantly and convincingly challenged those works contending that China has a ‘grand strategy’ to take the place of the United States and re-invent an international order in its favour (Doshi, 2021; Pillsbury, 2015).

Jones and Hameiri deserve high praise for their innovative theoretical framework for studying China’s foreign policymaking. However, some key questions remain to be answered in this research agenda, and this review highlights three points in particular that stand out. The first point concerns the purported ‘transformation’ at the core of the book’s theoretical framework. Jones and Hameiri show how domestic actors have, in the very recent past, affected and even determined China’s international behaviours. While the state transformation theory hopes to convince its readers that China has transformed (and perhaps is still transforming) into a fractured state, this book’s empirical works are more descriptive than theory-driven.

Questions remain about the transformations the authors are proposing. For example, what are the fundamental factors that drive China’s said transformations? The book offers detailed facts about the current state of policymaking and implementation. Yet, it does not provide a substantial examination of transformation per se, either from the past to the present or from the present into the future. For a book that makes transformation a key theme, the empirical chapters do little to show how things were different in the past or how the changes unfolded. Furthermore, with the state’s improvement of its central coordination, the leaders’ increasing attention to domestic actors’ behaviours, and China’s ‘dual circulation’ strategy emphasising reducing dependence on globalisation, it is unclear what the future will hold. If transformation is an ongoing process, where are we headed?

The second question is about the influence of the top leadership. Although Jones and Hameiri claim that their theory ‘does not imply that we consider the top Chinese leadership or central agencies to be powerless or weak’ (p.12), their book obviously suggests that most of the time, the central leadership cannot control policy outcomes. Furthermore, when finally in the concluding chapter they seek to explore the conditions under which Chinese behaviour is likely to be more or less coherent, the authors appear to put too much emphasis on the domestic actors’ interests, giving short shrift to the role of the top leadership behind central coordination.

Admittedly, many of China’s foreign policies are made in a ‘bottom-up’ approach. However, while domestic actors compete for resources and power, their policy priorities are not static under the effects of the leaders’ changing preferences. This influence would significantly increase if the leader had solid control over the party and state. Furthermore, as the authors admit, China’s domestic institutions may coordinate well when the top leaders’ attention is closely engaged, as was the case in China’s containment efforts against COVID-19 (p.228). This shows that when the leadership decides to exercise command-and-control power, the domestic actors will have to compromise and follow the central directives.

The third question is about the analytical balance between policymaking and implementation. Jones and Hameiri criticise the ‘two-level games’ framework and the bureaucratic politics model (BPM) because they ‘neglect the state transformation’ and ‘problematically assume that internal contestation always resolves into a singular policy’ (p.44). Nevertheless, existing research on two-level games, or using the BPM, does not necessarily deny the point that domestic actors may interpret and even ignore central directives, particularly during the implementation process. Policy decisions and the implementation of said decisions may need to be treated as two separate analytical domains, but that does not necessarily invalidate theories focusing on the latter.

Indeed, it is not news for many China specialists that the state is not always monolithic. It is also normal (and probably beneficial) that different policy preferences exist among domestic actors. However, in cases like China’s SCS and BRI policies, China does have overall consistent policy objectives that will last for a significant period, which can be examined through the perspectives of existing theories. The key question for researchers is to what extent the fragmentation will render problematic the achievement of overall policy goals. Many students of Chinese foreign policies may use the unitary actor approach, because they believe the results brought by decentralisation, fragmentation, and internationalisation will not fundamentally challenge the leader’s overall achievement of foreign policy goals. Put differently, might too heavy an emphasis on fragmentation obscure the ways in which China is achieving certain policy goals regardless?

The questions raised above were prompted by reading Fractured China, and they in no way take away from the contribution Jones and Hameiri have made. On the contrary, they serve as evidence of the debates it is likely to spur. As China is becoming more powerful and confident in participating in global governance and shaping the international order, in-depth research to the high academic standard Jones and Hameiri offer presents a valuable tool for understanding complex policy dynamics. Moreover, as they write, blaming China unfairly may bring about ‘a self-fulfilling prophesy’ (p.224). In this sense, Fractured China also has significant policy implications, and deserves careful reading by all those interested in Chinese foreign policies.

Rethinking the Economics of Land and Housing by Josh Ryan-Collins, Toby Lloyd and Laurie Macfarlane

Book review by Andrew Purves This is an excellent and timely book, re-connecting us with where we stand, what we rely on for all our daily needs, and with something that has been misplaced as […]

The Debt Delusion by John Weeks

Book review by Mathew D. Rose When Ha-Joon Chang exhorted: “We need an economic literacy campaign so people understand the language used by the ruling class”, he was probably thinking of books like John Weeks’ […]

The Case for People’s Quantitative Easing by Frances Coppola

Book review by Mathew D. Rose Polity describes its series “The Case for” as “making the case for the radical, positive policies that we need to tackle these big problems – a dysfunctional economy, wealth […]