How to make billions with crypto and lose them again. 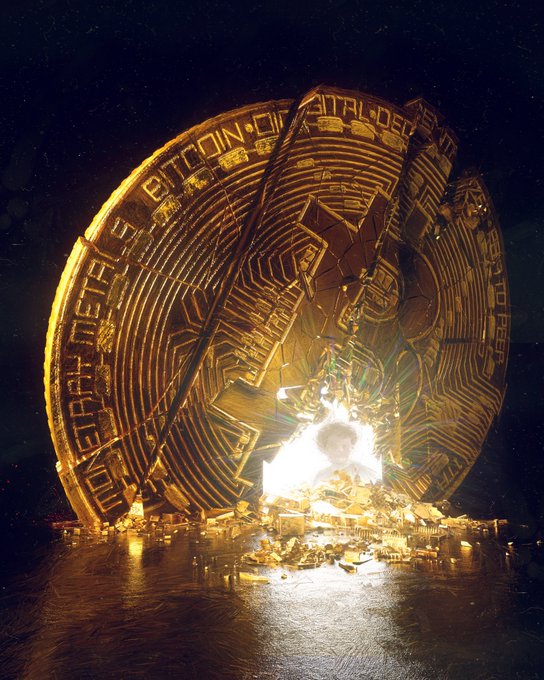 How did it all go so wrong, so quickly? Less than a month ago, Sam Bankman-Fried was the golden boy of crypto, with a net worth in the $billions, and his exchange FTX was valued at $32bn. Now, FTX has a gaping hole in its balance sheet, thousands of people have lost their money, and Sam is facing personal bankruptcy and, potentially, fraud charges.

The short answer is – it didn’t. The hole in FTX’s balance sheet has existed for a long time. We don’t know exactly how long, but the size of the estimates (ranging from $6-$10 billion) suggests several months if not years. Sam has been trading while insolvent. He’s not the only crypto oligarch to do so: Celsius’s Mashinsky also traded while insolvent for an extended period of time.

Trading while insolvent is illegal, of course. But in cryptoland scant attention is paid to such niceties. It is (or would like to be) a lawless, self-regulating space in which conventional courts and regulators have no place. And anyway, there are plenty of creative ways of hiding a black hole. Issuing your own token, for example. And using your own hedge fund to pump its value.

Here’s how it works. The young, dynamic, ambitious owner of a crypto hedge fund – let’s call him “Joe” – sets up a crypto exchange. To start with, this just enables his hedge fund can trade without having to pay margin or exchange fees. But Joe has larger ambitions. He wants to run the biggest and best exchange in the world. And he wants to make money from it. Lots and lots of money. Trillions of dollars, in fact.

Now, his hedge fund can make money by taking risky leveraged positions, but it has to raise funds, and that’s not cheap. And his exchange can make money by charging fees on transactions, but although that can be a nice slow steady income, it’s not going to make him the trillions of dollars he wants.

Of course, there’s a risk that the hedge fund could lose some or all of the customers’ funds. And the exchange promises that customers can have their assets back on demand, which could be a trifle problematic if they are locked up in leveraged positions held by the hedge fund. But this is crypto. There’s an easy solution. The exchange can issue its own token to replace the customer assets transferred to the hedge fund. The exchange will report customer balances in terms of the assets they have deposited, but what it will actually hold will be its own token. If customers request to withdraw their balances, the exchange will sell its own tokens to obtain the necessary assets – after all, crypto assets, like dollars, are fungible.

For this to work, however, the token must reliably hold its value. So the exchange creates more of the tokens than are needed to replace customer balances, and the hedge fund actively buys and sells them on the exchange, thus creating a market in the things and pumping the price.  The price rockets, inflating the balance sheets of both the hedge fund and the exchange, and making $billions in unrealised profits for Joe and his investors – of whom there are suddenly a whole lot more, including some exceedingly respectable institutional investors. 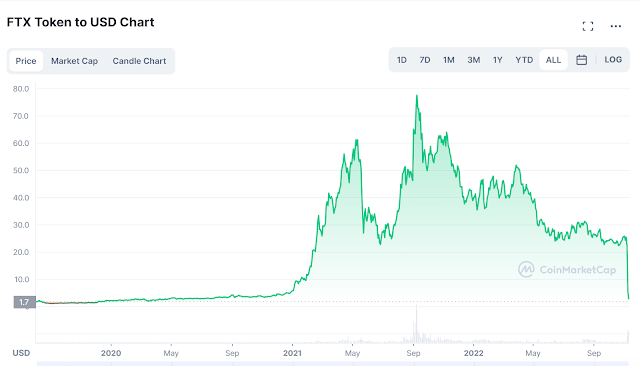 It works brilliantly. So, this becomes Joe’s business model. Customer assets deposited on the exchange are routinely lent to the hedge fund against collateral consisting of the exchange’s tokens. There’s a massive and growing mismatch between the asset balances reported to customers on the exchange and the assets the exchange actually holds. But it doesn’t matter, because the token is highly liquid and the value of the tokens pledged as collateral comfortably exceeds the value of the missing customer assets. And the exchange can easily honour all withdrawal requests by trading out its own tokens. Indeed, the tokens are doing so well that even when the hedge fund suffers serious losses in a crypto crash, the exchange is able to bail it out. It’s completely self-sustaining. That is, until the token’s value crashes.

When the value of the token crashes, a gaping hole opens up in the exchange’s balance sheet. On the  liabilities side are its customers’ assets, whose value has not changed (well, not as much as the value of the token, anyway). But the asset side consists mainly of the devalued token. It’s not difficult to see that the further the token’s price falls, the bigger the gap between the exchange’s assets and liabilities.

Furthermore, because the token’s price is falling, the exchange has to create more tokens in order to honour customers’ withdrawal requests, pushing the price down even more. And the crashing token price frightens customers, who flock to withdraw their deposits, forcing the exchange to create more and more tokens. The run stops when the token price falls so much that the exchange is unable to buy assets and is forced to suspend withdrawals. But by this time the exchange is deeply, deeply insolvent. For a big exchange, the gap between assets and liabilities can easily amount to billions of dollars.

This is the same “death spiral” as the one that killed off the Luna and UST tokens back in May. There is no way of recovering from it. Injections of funds will merely delay the inevitable. It is a crisis of solvency, not liquidity.

But it’s only the exchange that becomes insolvent because of the death spiral. The hedge fund is ok, isn’t it?

No, the hedge fund is insolvent too, though this may not be immediately obvious. To understand why both companies are insolvent, let’s look at how this would play out if there were no connection between them.

Suppose the exchange were lending funds to a commercial hedge fund – let’s call it “Arabian Nights LLC”. Again, it lends those funds against collateral, and accepts its own token as collateral – indeed as it prefers its own token, it gives the fund an incentive to pledge it by giving a substantially smaller haircut than on other assets. The funds are therefore only slightly overcollateralised.

When the value of the token crashes, the overcollateralisation evaporates and the value of the collateral becomes insufficient to repay the loan. This triggers a margin call – a demand from the exchange that the hedge fund stump up more collateral. If the hedge fund doesn’t do so, the entire loan becomes instantly repayable. And if the hedge fund doesn’t repay the loan, the exchange can force it into insolvency. This is actually what happened to Three Arrows Capital, the hedge fund that failed as a result of the collapse of TerraLuna in May. Its creditors forced it into bankruptcy after it defaulted on margin calls and loan repayments.

But Joe’s exchange did not demand more collateral from the hedge fund to cover the crashing token price. Nor did it demand that the hedge fund repay its loans. Joe knew perfectly well that the hedge fund couldn’t do either of these, so instead tried to find a buyer for his deeply insolvent exchange. But who wants to buy a crypto exchange with no assets, a huge pile of liabilities, and years and years of lawsuits?

FTX is an exchange, and Alameda a hedge fund. But together, they were doing shadow banking – unregulated, risky deposit-taking and lending. And because they are owned by the same person, and are closely connected in other ways too, they really should be considered as one organisation. FTX-Alameda, Celsius and Voyager are brothers under the skin, and their fate – and that of their owner-managers – will be the same.

The sinking of Voyager and Shipwrecked

Why Celsius’s depositors won’t get their money back

Too Good To Be True

Michel Oswald’s outstanding documentary film The Spider’s Web is now available at vimeo on demand: https://vimeo.com/244075130 for $3.99   BRAVE NEW EUROPE reviewed the film. To read the review please click here To view the […]

Chris Bambery – Catalonia/Scotland: Pandora’s box not to be closed soon

Scotland’s independence referendum started a democratic movement, led by its own values and not the dictate of a political party…and it is still going. Chris Bambery is co-author of Catalonia Reborn (Luath Press, May 2018). […]

The idea that fair trade labels will change the world economy is questionable. Often the main beneficiaries are not farmers in the Global South but Western consumers willing to pay for the gratification of ethical […]