Faced with a crisis of awesome proportions, we must develop a strategy for re-embedding the economy in society.

Guy Standing is Professorial Research Associate, SOAS University of London, Fellow of the UK Academy of Social Sciences, and co-founder and honorary co-president of the Basic Income Earth Network (BIEN). 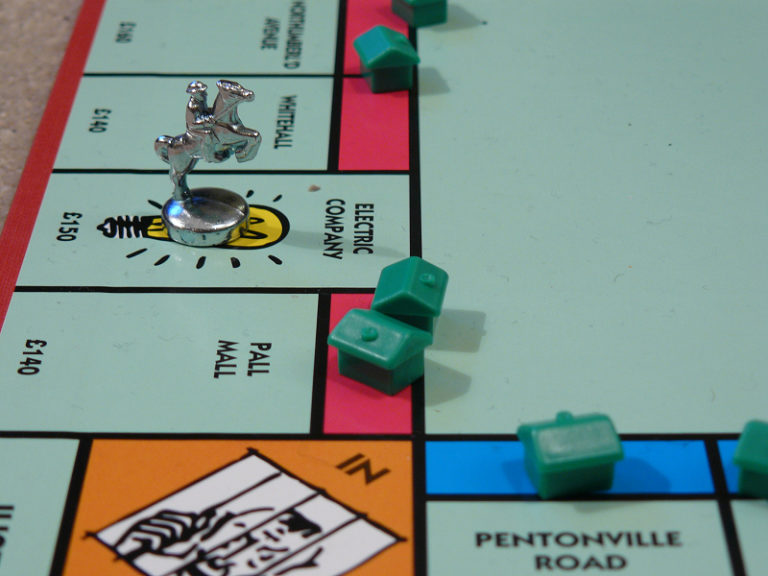 The UK’s General Election is more about class than at any time since 1945. Yet few want to say so. The media focus on the characters of the leaders and posturing on Brexit. But as in other countries, the election is really about the crisis in the Global Transformation, the point at which the inequalities and insecurities have become such that neo-fascist populism is the only feasible option for the rentiers, plutocrats and elites gaining from the rentier capitalism that they have nurtured since the 1980s.

The Atavists, as explained elsewhere, are those who have fallen out of the old working class or who had parents who were in it or who come from communities dominated by that. They listen to populist rhetoric because it is easy to comprehend and a convenient way of absolving themselves of responsibility for their predicament. They are prepared to be the foot-soldiers for Brexit, for law-and-order, for xenophobia and punishing perceived scroungers dependent on benefits.

They constitute a feeding ground for politicians allied to financial interests and billionaire plutocrats who have been the primary beneficiaries of rentier capitalism. This is an inevitable outcome of a period when governments and international institutions have promoted financial deregulation and economic liberalisation.

It began with a rousing commitment to ‘free markets’, ostensibly to boost ‘economic growth’. It has ended with the most unfree markets and dysfunctional growth that depletes resources, disregards and destroys the environment, generating unrelenting growth in inequality and insecurity. Those promoting it must lie more, to cover up for the fact that the institutions created by the economic winners are anti-free market. Thus, the model now rewards solely the owners of property – financial, physical and, above all, intellectual. And, as shown in a new book, it turns what was not property into private property, by a further phase in the plunder of the commons, the loss of uncommodified nature, public social amenities and services, and public institutions of culture, common law and knowledge.

In these circumstances, the ideal populist sought by the plutocracy and libertarian thinkers, is someone who either believes in the model or who can lie about it convincingly enough to appeal to the Atavists and elites gaining from rentier capitalism. The supreme art of the populist is the ability to blame outsiders for the insecurity and inequalities that have nothing to do with them. They may have found their ideal in Boris Johnson.

Whatever the exact rhetoric of its populist representatives, the primary cause of the drift to neo-fascism today in Britain as in the USA, Italy, Germany and elsewhere is the power and resultant corruption of financial and corporate capital. Neo-fascism differs from its predecessor of the 1930s in eschewing any socialism, and involves a drift to authoritarian rule in favour of ‘public order’ (over personal liberty), national capital (rhetorically at least) and limited rent-sharing between property owners and ‘the people’.

What induces enough people to support neo-fascist politicians for them to win – say, about 35% of those who vote – is a background alliance between the ultra-winners of rentier capitalism, who can fund their campaign, manipulate the media and pay for consultancies to sell sound-bites, and the ultra-losers in the class generated by rentier capitalism.

Progressives aghast at this drift must articulate a narrative about rentier capitalism and offer a strategy to dismantle that and overcome the insecurities and inequalities that lead the Atavists to support neo-fascism or who do not see the inherent dangers. So far, progressive critics have failed the historical challenge, although Labour, the Greens and SNP have good shopping lists of potentially progressive policies on offer.

Consider where we are historically – the crisis point in the Global Transformation, analogous to Karl Polanyi’s Great Transformation. But whereas Polanyi traced the evolution of national industrial capitalism, today’s transformation is about the forging of international tertiary capitalism. The key is to see each as starting with an era of dis-embeddedness, when finance and capital involved in the new technological revolution aid their political representatives to dismantle old systems of regulation, redistribution and social protection that had limited inequalities and insecurities, for the benefit of the mass working class and bourgeoisie.

This threefold dismantling happened in the 19th and early 20th centuries, when finance and industrial capital were in control. It generated the Gilded Age. But finance and monopolistic capital could not stop taking more, favouring repressive measures to support themselves. Their hubristic greed destroyed society. The losers organised in two directions – one to restore Yesterday, which bred fascism, and one to create a new Tomorrow, which fostered state socialism and communism. Both offered a sad deviation from the Enlightenment values of civilisation.

In ‘the west’, the post-1945 era was one of re-embeddedness, with a new combined system of regulation, to protect the mass class, the proletariat, of redistribution, through progressive income tax, and of social securitybased on labour. Although elements of each had existed, none had been powerful or effective before the period of dis-embeddedness.

Now consider the Global Transformation, which began in the 1980s with the neo-liberal economics revolution. Once again, finance rose to power, liberated by Thatcher’s Big Bang of 1986 and the neo-liberal capture of the institutions steering globalisation – the IMF, World Bank, the US Federal Reserve and big finance on Wall Street and the City of London.

Rentier capitalism evolves when financial is unregulated and when it can assist corporate capital to create institutional structures and policies that not only channel more income to property owners but also support political representatives, who will act in their interests. The most spectacular success achieved by global finance and US corporate capital was the passage in the World Trade Organisation of TRIPS (Trade-Related Aspects of Intellectual Property Rights) in 1994, which globalised the US IP system, enabling multinationals to extract vastly increasing rentier income from the global economy. This has been augmented by governments giving billions of dollars in subsidies to rentiers, by finance’s construction of a system of private indebtedness and by privatising the commons. Meanwhile the technological revolution has aided corporations to globalise labour systems and induce a spread of online labour that has helped lower real wages and the social income of those relying on labour.

In those circumstances, consider the three mechanisms for re-embedding the economy in a good society. How would a desirable regulatory system look? Bear in mind we are in tertiary, not industrial capitalism. Regulations that focus on formal ‘workplaces’, as in industrial capitalism would give limited protection. They must focus on strengthening people’s Voice in all spheres of life. Regulations on minimum wages and 32-hour weeks, for example, will have minimal effect, and could be perverse. Regulations should enhance and protect work that is not labour; the former is tilted to resource preservation, the latter to resource depletion.

As for a system of redistribution, the previous system cannot be resurrected. Inequality was moderated by collective bargaining, minimum wages (via Wage Councils) and progressive income tax. None could work well in open tertiary capitalism. Fiscal policy should be shifted to reduce rentier income and to combat the causes of ecological decay and deprivation of the commons. This points the way to carbon taxes, wealth tax and land value tax.

As for social security, we must recognise that labour-based social security went into terminal decline in the 1990s, led by New Labour favouring targeted means-tested benefits aimed at the ‘deserving’ poor and child poverty. The inevitable, predicted outcome was workfare and the viciousness of Universal Credit, the endgame of means-testing and behaviour-testing.

So, a new system of social security must necessarily involve revival of principles of universalism, in benefits such as basic income and in public subsidised services. The Green Party has taken a lead in proposing a full basic income within the lifetime of one or two parliaments, Labour has come out in favour of basic income pilots and the SNP has already put money into doing preparatory work for such pilots. Labour has also come out in favour of universal basic services.

Characteristically, immediately the Labour proposal for piloting basic income was published, the Tories claimed it would cost £4.5 billion. That is a blatant lie. In my report for John McDonnell proposing five small-scale pilots, the cost was and is no more than £25 million, i.e., less than 0.1% of what they claim. Most of the media took the Tory claim without checking.

In conclusion, we are faced with a crisis of awesome proportions. If the right-wing rump of the Conservative Party wins the General Election, the drift from rentier capitalism to a neo-fascist authoritarianism will be predictable. The only parties offering elements of a strategy for re-embedding the economy in society are the Greens, Labour and the SNP. Vote wisely!

Kosovo and Serbia have recently discussed an exchange of territory, with some commentators suggesting a deal on a ‘land swap’ might be imminent. Andrea Lorenzo Capussela writes that while critics have rightly decried the plan […]

Lars P. Syll – To save Europe we have to abandon the euro

That the Euro was mistakenly constructed seems to be consensus, but no one seems to be willing to change this. We are already seeing the effects: the rise of far-right parties in the EU, not […]

Branko Milanović – Nostalgia for a Past that Never Was; Part 1 Review of Paul Collier’s “The Future of Capitalism”

Branko Milanovic examines a world that never was, reflecting why we lack the tools to deal with the world that we have. Branko Milanović is an economist specialised in development and inequality. His new book […]