The global privatisation of the sea

Guy Standing is Professorial Research Associate, SOAS University of London, a Fellow of the Royal Society of the Arts, and a councillor of the Progressive Economy Forum. His new book is entitled The Blue Commons: Rescuing the Economy of the Sea. 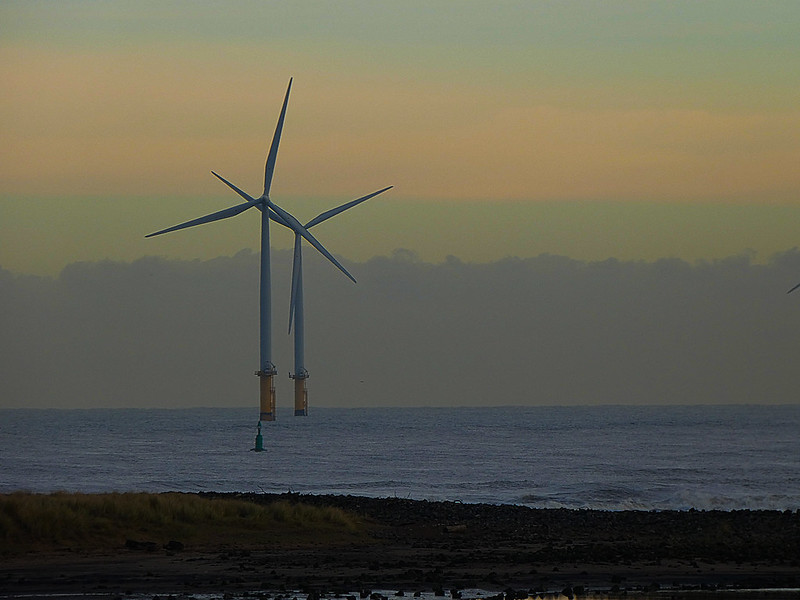 For most of human history, the sea has been seen as a commons. In the Justinian Codex of AD529-534 – regarded universally as the base of common law – four types of property were defined – private, state, nobody’s (res nullius) and commons (res communes). The sea was firmly included in the commons. As such, to the extent it belongs to anybody, it belongs to everybody equally.

However, since 1945, when the USA unilaterally asserted ownership of the continental shelf and parts of the high seas around its shores, much of the ‘blue commons’ has been converted into state and private property. In 1982, UNCLOS (the United Nations Convention on the Law of the Sea) endorsed the biggest enclosure in history, granting states Exclusive Economic Zones (EEZs) extending 200 nautical miles from their coastlines. This set in train procedures and institutional mechanisms that have expanded privatisation and financialisation to all parts of the marine economy. It also cemented neo-colonialism, granting countries such as the USA, France and the UK millions of square miles around their ‘overseas territories’.

It is hard to exaggerate the scale of the plunder of the blue commons in the period of neoliberal economic dominance since the 1980s. The seas have become the frontier of global rentier capitalism, and almost everywhere one can trace the spreading claws of financial capital, with a growing presence of private equity. Finance has steered the much-touted ‘blue growth’ perspective, fronted by the World Bank, promising the unlikely combination of economic growth, poverty alleviation and environmental improvement.

The result is a social, economic and ecological crisis that until very recently received woefully inadequate attention from politicians and economists. Bear in mind that the seas cover 70% of the earth’s surface, that 40% of the world’s population live in coastal communities, that nearly half the oxygen we breathe comes from the sea, and that the seas contain three-quarters of all life. Yet it is ‘green’ issues that have dominated political discourse, not ‘blue’. Were the seas a country, the income generated from marine activities would make it the world’s seventh biggest economy, and it is set to double in size by the end of this decade.

My new book argues that the only way to stop and reverse the destruction and depletion of marine resources is to revive the ethos of the sea as a commons, managed by those whose lives and livelihoods depend on the sea, for the benefit of all. Only commoners have a tangible and emotional vested interest in preserving the seascape and using the seas’ resources sustainably. And, as the blue commons have been turned into a zone of profiteering, commoners should be compensated for the loss.

Many of the critical issues affecting the blue commons are global in character, including the depletion of fish populations by subsidised industrialised fisheries, destruction of the seabed and vital coral reefs by oil multinationals, a threatened biodiversity wipe-out from deep-sea mining for minerals, and the reckless spread of financialised aquaculture. The recent UN Ocean Summit in Lisbon came up with plenty of fine words and promises, but nothing that would put these trends into reverse. Just beforehand, after more than two decades of negotiations, the World Trade Organization finally came up with a feeble agreement on fishing subsidies, in which the initial commitment to abolish ‘harmful subsidies’ was deleted from the final text.

However, some issues are particularly pertinent in Britain. Taken together, they justify a National Commission on the Blue Economy, to reset economic and social policy.

The UK government operates a regressive, weakly administered quota system that gives private property rights to commercial fishing companies. Most of the quota in high-value fish go to a handful of big corporations. Well over a quarter have been given to just five families, all on the Sunday Times Rich List, and just one UK-registered but Dutch-owned giant vessel has 23% of English quota. The system by which quotas are given is opaque and corrupt. But the government’s 2020 Fisheries Act, which regulates fisheries post-Brexit, retained it unchanged. It has led to chronic overfishing, often blatantly illegal, compounded by the fact that breaches are treated as mild civil offences, not criminal. Thus, in 2011-12 thirteen fishing companies with large quota shares were convicted in Scotland’s ‘black fish’ scam after landing 170,000 tonnes of undeclared herring and mackerel. They were allowed to retain their quota. Similarly, in 2015 the Dutch-owned trawler mentioned above, the fleet’s biggest at over 100 metres in length, was caught with 632,000 kilos of illegally caught mackerel. It was fined just £102,000 and then allowed to sell the fish for £437,000 and retain its quota share.

To compound this impunity, the Royal Navy and Scotland’s Marine Sea Fisheries Inspectorate have only twelve protection vessels to monitor fishing practices in a sea area three times the size of the UK’s land area. Meanwhile, the Marine Management Organisation (MMO), the regulatory body, had its budget slashed as part of austerity, leading to a sharp drop in inspections and investigations of fishery violations and a similar drop in warnings and prosecutions.

Unsurprisingly, it has presided over a collapse of major fish stocks, a collapse that has nothing to do with the European Common Fisheries Policy. In any progressive economic strategy, quota should be taken away from those convicted of breaking the rules, and serious breaches should be made criminal offences.

The British government has made much of its claim to be extending its protection of the sea and marine species through Marine Protected Areas (or Marine Conservation Zones), which cover nearly a quarter of its territorial waters. But most MPAs are poorly managed, with highly destructive fishing methods such as bottom-trawling and dredging allowed in many. Recently, the MMO brought a case against Greenpeace for tossing boulders into supposedly protected areas to disrupt trawling. The judge had the sense to toss out the case as ‘absurd’, urging the MMO to do its designated job, and not harass those induced to act in its stead. Meanwhile, BP was given the go-ahead by another regulatory agency to dump thousands of tons of steel pipes and cables from a decommissioned oil rig in a precious ‘protected’ area of the North Sea.

In another sell-out of the blue commons, the Crown Estate has been allowed to auction off large expanses of the seabed around Britain to multinational corporations for wind farms. The latest round in 2021 will raise £9 billion over ten years for the monarch and the British Treasury. Under common law, the monarchy and the government are supposed to be trustees or stewards, responsible for preserving the commons as such for future generations. Instead, they have handed over the commons for multinationals to exploit for profit, with minimal environmental protections or compensation for the commoners – the British public.

Coming up are even bigger concerns: prospective deep-sea mining for minerals with potentially catastrophic damage to deep-sea ecosystems and the extension of intellectual property rights in the sea over ‘marine genetic resources’, substances that can have important applications, especially in medicine. UK Seabed Resources, a subsidiary of the US arms company Lockheed Martin, holds a licence to search for sites for deep-sea mining, which promises to be highly profitable. Yet the deep-sea mining regulator, the International Seabed Authority, has a pitiful budget with which to monitor what giant corporations are up to in over half the world’s ocean area, as well as a mandate to promote ‘the orderly, safe and rational management’ of seabed resources. It is charged with mitigating the damage from seabed mining but not with stopping or even limiting it, despite calls from leading scientists for a moratorium. Instead, unregulated commercial mining could start next year if ISA fails to agree a Mining Code after years of delay.

As for intellectual property rights, the UK has proverbially missed the boat. Astoundingly, one multinational, the German chemical giant BASF, owns nearly half the thousands of patents taken out on marine genetic resources, and over three-quarters of the patents are held by just three countries, Germany, the USA and Japan. Ownership of these patents guarantees monopoly income flows from the blue economy for many years and gives these rich corporations in rich countries private control over a key research and development agenda for the world.

Another concern revolves around the life-endangering use of the dirtiest form of diesel by luxury cruise liners, which keep their engines going all the time they are in port. In the port of Southampton, the air quality is so poor that it breaches international guidelines, while other research suggests that about 50,000 people in Europe die prematurely each year due to pollution from ships. Profits first!

In sum, the enclosure of the blue commons has led to the biggest privatisation of all, and yet has barely figured in progressive economic policymaking. What is needed is a Charter of the Commons to guide a future progressive government. It should include the construction of a Commons Capital Fund, from which Common Dividends could be paid to help local communities rebuild a sustainable blue economy. Such a progressive transformation is nothing less than vital.

Thomas Kilkauer, Meg Young – The Alienation of IT Workers

There is no capitalism without alienation and there is no alienation without capitalism Thomas Klikauer teaches at the Sydney Graduate School of Management at Western Sydney University, Australia. He has over 600 publications including a book […]

Mathieu Blondeel – COP27: a year on from the Glasgow climate pact, the world is burning more fossil fuels than ever

Lane V. Erickson/Shutterstock Mathieu Blondeel, Warwick Business School, University of Warwick The burning of fossil fuels caused 86% of all CO₂ emissions during the past ten years. Despite being the primary culprits of global heating, […]

In landmark legal case, former Uber drivers asks courts in the Netherlands to over-rule the algorithm that fired them App Drivers & Couriers Union (ADCU) is an independent union in the UK This series of […]