According to Heikki Patomäki Finland, an EU member, finds itself in EU neo-liberal stasis. Even if the progressive political parties do well in the parliamentary election on 14 April there is little hope of any major political or economic change.

Heikki Patomäki is Visiting Fellow at Clare Hall, University of Cambridge and Professor of World Politics of the University of Helsinki. He is also a  civic activist and former member of the Board of the Left Alliance in Finland. 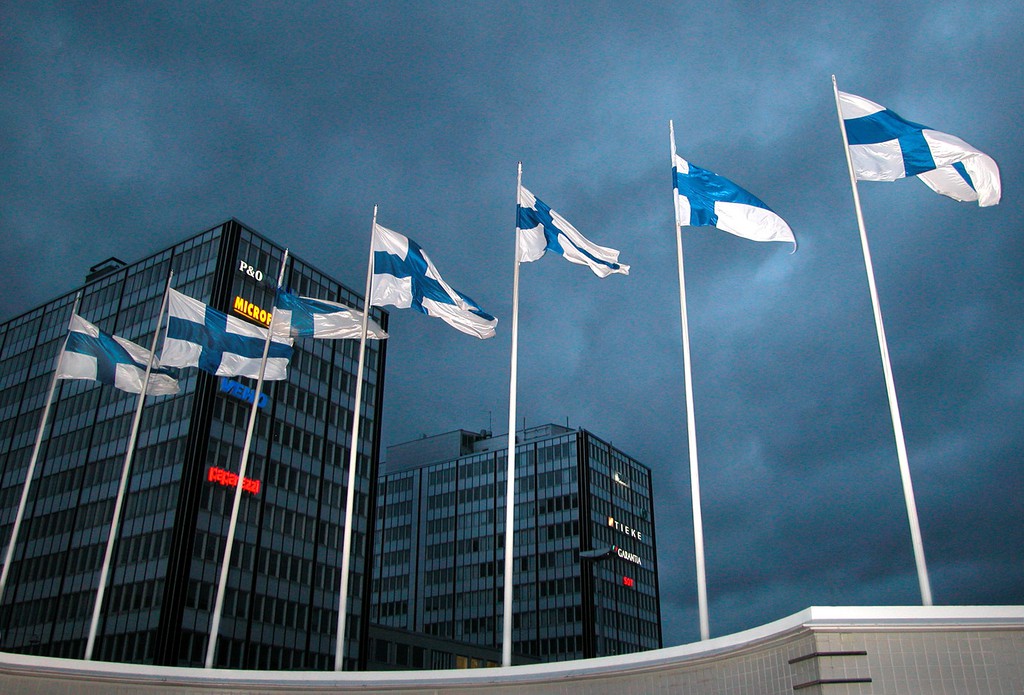 Advance voting of the 2019 Finnish parliamentary elections began on 3 April, a week and a half before Election Day. Change is in the air; many hope for a shift towards a more democratic, socially and environmentally responsible direction. The main opposition progressive parties – Social Democratic Party, Green Party, and Left Alliance – are doing well in the polls.

At times, however, there are good reasons to share Antonio Gramsci’s pessimism of intellect. Here is my brief critical-realist analysis of the Finnish political situation.

Assuming that the Left Alliance does not agree to join a government with the conservative Coalition Party, and that the Finns Party does not qualify as a government partner for other major opposition parties, the number of potential coalitions will be drastically reduced. Together the National Coalition Party and right wing populist Finns Party will probably get about a bit less than third of the votes. If the Centre Party registers a big loss, as seems likely now, the hurdle to join a coalition will be high. Either the current neo-liberalised and business-oriented Centre Party gets a very favourable deal in the coalition negotiations or it will not join the government.

The opposition will celebrate election victory in the late evening of 14 April. However, the precise result and its meaning is uncertain. For example, suppose that the social democrats get 20-21%, greens 13-14% and left alliance 9-10%, together some 43-44% of the votes. Even 46% might be within the limits of possible though unlikely. Even this share would not be enough to form a majority government.

The aggregate support of the Swedish People’s Party of Finland and the Christian Democrats is at around 8-9%. The left-wing parties, the Greens and the two – fairly neoliberal – small parties could perhaps together form a narrow majority government, but it is far from certain that they would receive more than 100 MPs altogether (the Finnish parliament has 200 seats). In the latest YLE General Broadcast poll, the sdp-green-left sum total was 42.9%, while the two minor parties are likely to receive about 13 seats (6.5% of the seats).

The most likely coalition is therefore the social democrats, conservatives, and greens, together with the two minor parties. This government would not transform the overall direction of politics in Finland. Of course, the coalition government of Antti Rinne, the chairperson of the Social Democratic Party, would be more education- and research-friendly than the current government. It would also be more open-minded and positive with regard to immigration. Rinne’s government would take climate change more seriously than the previous government and, perhaps more importantly, would be more consistent in its environmental policy. We would also see some improvements for example in the treatment of persistent youth unemployment.

For the most part, however, the ongoing developments would continue. Economic policy would be similar and remain largely in the hands of senior Treasury economists. The concepts of financial sustainability gap and external competitiveness still guiding economic policy, further adjustment and competitiveness measures would be in the pipeline. When economic growth slows down and a downturn occurs, unemployment and public spending will rise. At that point Rinne’s government is likely to tighten up fiscal adjustment efforts (austerity), even at the risk of further undermining economic prospects.

The infamous “sote” (social security and health) reform would continue to be on the agenda in its current highly complicated form, largely concealing many of its real goals, namely privatisation and serving private business interests. The current state of privatisation and outsourcing is taken as given and these processes would continue, albeit less enthusiastically than now, toward their logical end (full marketisation of everything). Foreign and security policy would also continue to be largely similar, involving intimate cohabitation with NATO and uncritical participation in the attempts to gradually militarize the EU.

Although the new government would be more supportive of education and research, this would not improve the situation of the Finnish universities in any major way. The so called index would be reinstated, but not retroactively and probably only temporarily. Initially students’ study grants may be slightly increased. In this scenario, much of the additional funding trying to compensate for drastic cuts of the past eight years would go to growing student numbers and to developing “lifelong learning”. Universities will increasingly become polytechnics and low-cost R&D labs for corporations.

As with the Treasury, educational policy will be in the hands of senior civil servants of the Ministry of Education. Their aim is to continue the commercialisation and incorporation of the university functions. The new government would not try to restore democracy in the university. Rather, the new fusion university Tampere3 will continue to set the direction for all Finnish universities. It is owned by a foundation that is in effect controlled by the Technology Industries of Finland. Combining the former University of Tampere, Technical University of Tampere and Tampere Polytechnic (a school offering practical profession-oriented training), the Board of Tampere3 does not include a single representative of researcher-teachers or students.

Of course, there are other possibilities than a coalition of the social democrats, conservatives, and greens, together with the two minor parties. The conservatives could be replaced by the Centre Party and the Left Alliance – or the Left Alliance alone, if the election result was sufficient for such a coalition. Clearly especially the latter possibility would have some effect on a number of policy issues, though mostly at the level of details rather than in terms of overall direction, which is determined by much more powerful forces.

I would very much like to be wrong on this matter, but my impression about the Left Alliance objectives formulated for the 2019 government negotiations is that they are modest and largely adapted to the prevailing situation. They also lack any European or global vision; the EU is not even mentioned in the objectives. The inclusion of the Left Alliance could however mean some small improvements for the weakest residents in Finland, constituting an attempt to live up to the Rawlsian principles of justice.

When reading the Left Alliance’s top goals and threshold questions, I had a strong déjà vu experience. Sometimes history repeats itself more than twice – and the third time may not be a farce either.

Another fascinating interview with Michael Hudson concerning how the US has converted the Ukranian war into a victory over Germany and the EU. Michael Hudson is the author of Killing the Host (published in e-format by CounterPunch Books […]

German labour market reforms have a very negative impact on employees, according to a recent study. Cross-posted from Alternatives Economiques Translated by BRAVE NEW EUROPE Because of the very important reforms of its labour market […]

When the political class no longer solves problems, it lies until they disappear. Patrick Cockburn is the author of  The Rise of Islamic State: ISIS and the New Sunni Revolution Cross-posted from Counterpunch The struggle against […]