Among the European nations, France in particular tends to overestimate Germany’s capabilities and measure itself against Germany. The result is a grandiose European misjudgment. 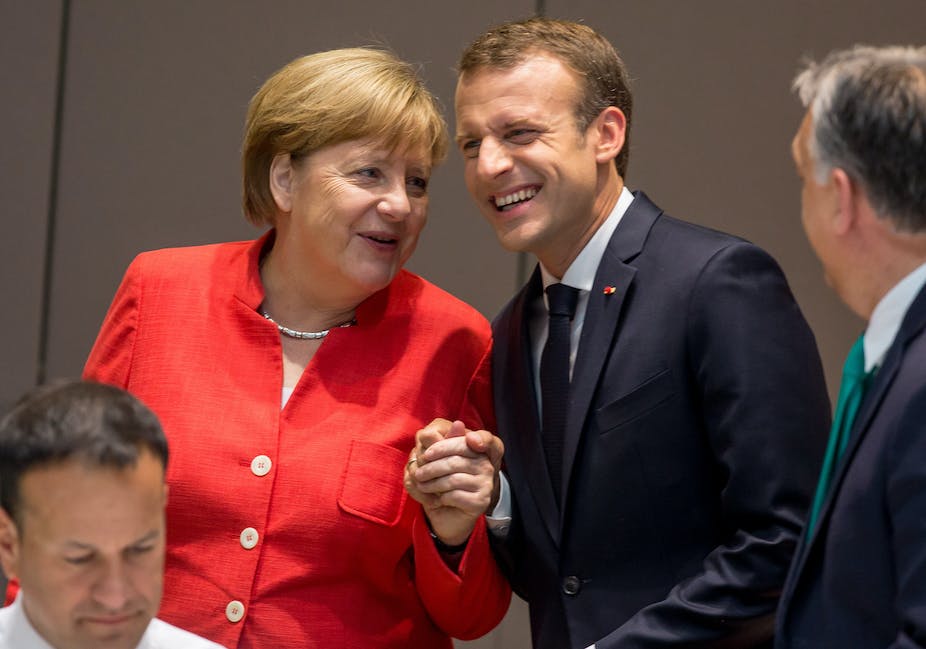 François Villeroy de Galhau, the president of the French central bank, has written a long letter to his president (to be found here) in which he gives an outline of France’s economic situation and makes clear the long-term challenges facing Parisian policy on public debt in the European Monetary Union.

Obviously the letter is intended as a warning. Although the Banque de France admits that in the Corona crisis it was necessary on the part of monetary and fiscal policy to take counter-cyclical measures on a large scale to prevent the economy from crashing, it says that after the crisis (from 2022) the opposite action will be required. The state must then, writes Villeroy-Galhau, in order to limit the debts of the Corona period to a decade, start to “stabilise” public spending.

Comparison with Germany: what for?

Probably to illustrate how worrying the state of France’s public finances was even before the Corona crisis, the President of the Banque de France presents a chart comparing France with Germany, where France is obviously doing poorly (Figure 1 as original from the letter). It shows public debt as a percentage of GDP for France, Germany and EMU as a whole. The picture is indeed very meaningful, but in a way quite different from that presented by the authors of the letter.

Indeed, it can be seen, as the Banque de France also points out, that until the end of the financial crisis of 2008/2009, the German and French debts had developed in roughly the same way. It is only from 2010 onwards that France “breaks away” from Germany and goes uphill without interruption, while Germany “manages” to push its debt below the 60 percent threshold required by the EMU treaties. It is also interesting to note that the Banque de France believes that after 2020 Germany can immediately reduce its debt at the same pace as after 2010, but France can only stabilise it at the very high level of 120 percent.

Isn’t there a macroeconomist at the Banque de France?

One wonders how such an important institution can make such a nonsensical analysis and send it to the President of the Republic. The only thing the above picture shows is the well-known fact that Germany has used its huge current account surplus to consolidate its national budget.

Should the Banque de France’s economic department have failed to realise that there is a very simple and completely undeniable link between the government budget and the current account balance in all the world’s economies when the entire private sector (i.e. households and companies combined) is a net saver? Why has public debt actually increased so much in the USA, the model country of capitalism after the financial crisis? Like France, the USA also has a current account deficit.

I recently wrote about the fact that the President of the German Bundesbank is silent on fiscal balances, even though the Bundesbank has been calculating them for decades. Mr Weidmann is keeping silent for ideological reasons because he does not want to talk about either the German current account surplus or the failure of the German corporate sector. But what is stopping his French counterpart from at least highlighting the current account surpluses in a comparison with Germany? Is it really just ignorance?

The European debt rules are passé

The fiscal balances for France (Figure 2) over a very long period of time show with the utmost clarity that it will almost certainly be impossible for France to reduce its public debt after the Corona crisis. There will be no change in the (already not very high) household savings rate, nor in the fact that for thirty years now French companies have not been doing what is expected of them, namely borrowing in order to invest. The fact that the Banque de France, in view of this finding in the corporate sector, is also highlighting the “oh so high” gross debt of the French corporate sector, is almost embarrassing.

A world like the one from 1960 to the beginning of the 1980s, when companies were clearly the most important debtors and the state got by with very little new debt every now and then, is a thing of the past. It is obviously as long as the history of neo-liberalism itself. Since France’s chances of bringing about a significant turnaround in foreign trade and achieving a current account surplus are currently nil, the only logical option is for the state to keep the economy afloat with ever new debts.

And this applies irrespective of how high the debt level will be at the end of the Corona crisis. It is a matter of comfort for France that the same thing is also unavoidable in Germany (as shown here – in German). It would be a good topic for a Franco-German initiative: hand in hand, both countries are fundamentally questioning the European debt rules on the basis that rules you can’t follow, you don’t have to follow.

Julia Steinberger – Individuals and social pressure: how to change the world

How individuals can change the world, despite all rumours to the contrary Julia Steinberger is Professor of Ecological Economics at the University of Lausanne Cross-posted from Julia’s Blog Guillermo Fernandez on the Bern Bundesplatz, surrounded […]

Monika Brusenbauch Meislova – The Czech Republic’s European Elections: Out With the Old, In With the New?

We are continuing with our series of reports concerning the EU parliamentary elections. Like other articles before it, this report borders on the surreal. The leader of the party that won the most EU parliamentary […]

Professor Heiner Flassbeck shows it defies macroeconomic logic to promote surpluses for Germany, prohibit government deficits everywhere else and forbid the central bank from acting as the central bank of each and every EURO member