Over his long career, Hubert Horan has worked on many of the most critical issues in the field of transportation economics, including the impact of regulation and mergers on industry efficiency, and the impacts of consolidation and other industry structural changes on consumer welfare. Mr. Horan graduated from Wesleyan University in 1976 with a B.A. degree and Honors in Economics. In 1980 he graduated from Yale University’s School of Management with an MPPM (MBA) degree.

Cross-posted from ProMarket of the Stigler Center

Part one of this series documented Uber’s uncompetitive economics, its inability to earn sustainable profits in competitive markets, and its explicit pursuit of quasi-monopoly industry dominance. This second part will address the question of why a company that has lost over $20 billion and was always explicitly pursuing artificial market power enabled by quasi-monopoly industry dominance is still widely seen as a successful, highly innovative company that has created huge welfare benefits for passengers and cities.

Uber has always pursued growth and dominance using political techniques that proved successful in partisan political settings. In the second part of this series, I will describe the most important of those political techniques: Uber’s successful program for manufacturing and promulgating PR narratives. These narratives worked in conjunction with Uber’s massive predatory subsidies (which allowed it to bulldoze more efficient competitors) and its monomaniacal growth-at-all-costs culture and created an image of unstoppable power.

Detailed discussion and documentation for most of the material in this series can be found in my 2017 Transportation Law Journal paper and my recent American Affairs Journal article.

Uber’s narratives were consistently wrong, but since the media totally ignored the economic evidence that would have refuted them, they dominated public discussion for years. Narrative construction and promulgation may be Uber’s greatest competitive strengths. Examples of Uber’s many unjustified (or blatantly false) claims include:

Uber was less efficient than Yellow Cab and could not produce positive cash flow, much less sustainable profits. Its communication program needed to generate widespread enthusiastic public support while completely diverting attention from its losses and subsidies. It needed to convince people that all of the taxi industry’s problems had been caused by regulations, and that the combination of Uber’s cutting-edge technological innovations and regulatory disobedience had solved them, thus generating massive benefits for passengers, drivers, and cities.

Uber’s origin story rests with an extensive 1990s political program conducted by pro-corporate and libertarian think tanks funded by Charles and David Koch. This program was not advocating more liberal taxi regulations, but the same total elimination of any form of public oversight over taxis, including safety and licensing, that Uber later pursued. All of Uber’s original PR narratives were taken from this campaign on an almost copy/paste basis.

The ’90s campaign narratives, repeated across dozens of publications, framed the elimination of taxi oversight as a heroic battle for progress, innovation, and economic freedom that would enable thousands of struggling immigrant entrepreneurs whose desire to drive taxis had been blocked by the “cab cartel” and the corrupt regulators beholden to it. A laissez-faire taxi industry would produce lower fares, reduce wait times, improve service in poorly served neighborhoods, and increase driver jobs and wages. None of these assertions were backed by any objective evidence or analysis.

The ’90s campaign was designed to create a one-sided debate, with arguments from its well-organized and well-financed supporters overwhelming any counterarguments that the fragmented taxi industry could prepare. The goals of this campaign were not achieved, because it had no local grassroots support and because local officials recognized that the risks of adopting radical changes to longstanding taxi regulations could not be justified by future benefits that were purely hypothetical.

Uber substituted “technology innovators” into the hero’s role originally occupied by “struggling immigrant entrepreneurs,” but otherwise used the same heroic us-versus-them framing, the same promises of magical gains, and the same demonization of the “evil cab cartel” and corrupt regulators that Uber’s investors needed to vanquish.

Uber’s multi-billion dollar investment base effectively weaponized the laissez-faire claims from the 1990s and ensured that its messaging would totally dominate media coverage. Uber won public opinion because its massive subsidies created the false appearance that its technology and regulatory disobedience had actually generated huge public benefits, and its monomaniacal culture intimidated the few journalists and politicians who tried to raise doubts. 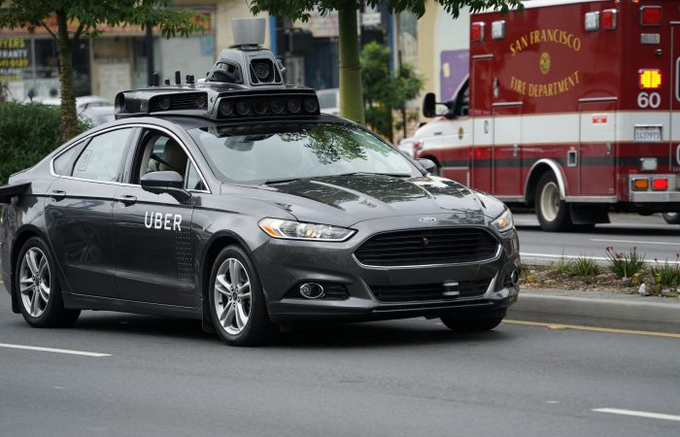 The Propaganda That Created an “Alternate Reality Bubble”

Uber’s narratives (like the earlier Koch-sponsored laissez-faire claims) fit classic definitions of propaganda, including “deliberate, systematic attempts to shape perceptions, manipulate cognition, and direct behavior in ways that block interactive discussion,” and “a massive orchestration of attractive conclusions packaged to conceal their actual purpose and lack of sound supporting evidence.”

Instead of inviting discussion of alternative approaches to improve taxi service and finances based on objective industry data, Uber’s narratives reduce everything to emotive battles between good and evil. Uber’s narratives demanded people take sides in a black-and-white moral struggle between heroic innovators and corrupt regulators where compromise was impossible. Once people take sides in an us-versus-them political battle—out of ideological sympathy or because they want to be on the side likely to win—they tend to block out new information that might force them to recognize they’d been duped.

Uber’s propaganda converted a battle that should have been based on competitive economics into a raw power game, one which investors willing to fund tens of billions in losses were much more likely to win. The combination of Uber’s PR/propaganda program and its ability to project an image of unstoppable power allowed it to create a powerful alternate reality bubble. If Uber’s success is inevitable and resistance is futile, no one needs to waste time examining any actual economic or financial data. And for many years, no one in the Silicon Valley tech world, or the business press, or the venture capital industry, or Wall Street, ever did.

Uber’s ability over the last ten years to maintain the widespread perception that it is a successful, highly innovative company demonstrates that propaganda techniques can be just as effective in corporate startups as they have proven to be in partisan political settings. But, as successful political propaganda has long demonstrated, effective narrative promulgation requires the endorsement of seemingly independent elite channels. With sufficient repetition, the narrative claims of the propagandist become part of conventional wisdom and critical voices become marginalized.

Uber’s us-versus-them propaganda framing also manipulated the mainstream business and tech industry press into taking its side. Reporters based in Silicon Valley, who viewed technology as one of the main drivers of economic progress, readily endorsed Uber’s pre-packaged “heroic tech innovator” narrative, which was far easier than researching the economics of urban transport. Uber knew reporters were anxious to remain on friendly terms with the executives of the company that’s poised to become the next Amazon. Uber knew that once they’d published multiple stories about Uber’s powerful innovations, wonderful benefits, and inevitable success, the media would never retract these earlier glowing articles and acknowledge they had originally been duped.

The most emphatic endorsements of Uber’s narratives came from liberal-leaning mainstream publications like The New York Times, The Washington Post, The Atlantic and the New Yorker, whose relatively-wealthy readers liked that they were suddenly getting better taxi service at lower fares. These outlets were apparently oblivious to the fact that they were amplifying claims originally written by Koch-funded groups who wanted to undermine market competition, the concept of urban transport as a public good, and any form of regulatory oversight.

Uber’s propaganda successfully blocked media cognition of its actual economic and financial performance. Even after Uber’s horrendous run of bad publicity in 2017, or its trainwreck IPO, the mainstream media continued to ignore the question of whether Uber’s longstanding claims about powerful, technology-driven efficiencies had ever been independently verified, and failed to explain why Uber had failed to rapidly convert early losses into robust profits as Amazon and other tech unicorns had. None of the frequent stories about systemic sexual harassment at Uber suggested any link between bad behavior (which had been going on for years with the board’s full support) and a business model that required a hyper-aggressive growth-at-all-costs culture.

A 9,000 word New Yorker story about how new CEO Dara Khosrowshahi would save the company following its 2017 travails provided Uber with the “redemption” narrative it needed but made no attempt to explain Uber’s losses or what Khosrowshahi planned to do to eliminate them. A recent 350-page book by the New York Times reporter that had covered Uber, Mike Isaac, did not provide any data about losses or any other aspect of Uber’s economics and portrayed the board rebellion and all other conflicts at Uber as personality issues unrelated to any debates about strategy, objectives, or performance.

That book illustrates how, even if the superficial norms of journalism are observed (there were no errors of fact), it could get the story totally wrong and badly mislead readers. There were other cases where allegedly independent journalists openly served as Uber advocates. In trying to get Kalanick to agree to an interview, Bloomberg’s senior technology editor described his Uber book as a way to not only counter growing public criticism, but to get the public to embrace Uber’s efforts to “change the way cities work,” using his desire to get the public to understand Uber’s story as leverage to get Kalanick to agree to interviews other journalists could not get. As with less-biased reporting, there was no attempt to explain Uber’s losses or explain how it might ever become profitable. But less extreme examples of media malfeasance—such as the financial pressures that favor pre-packaged narratives over actual journalism, the near-exclusive focus on Uber’s side of the story, and the failure to examine or explain Uber’s economics—better explain why the public came to widely accept Uber’s manufactured narratives.

The mainstream media treats corporate PR claims as if they were grounded in the same norms of factual accuracy and pursuit of truth more prevalent at university seminar discussions. Reporters enjoy their powerful high-status role as objective arbiters who can tell the public what to think about economic issues. But this position also makes them willfully blind to sophisticated and well-financed efforts to shape their coverage, as well as other techniques that deliberately violate their norms.

What measures to stop climate change could we adopt from the COVID lockdown? Branko Milanović is an economist specialised in development and inequality. His newest  book is “Capitalism, Alone: The Future of the System That […]

Has the German Statistics Office purchased new software from the diesel software department of Volkswagen? Heiner Flassbeck is an economist, as well as publisher and editor of “flassbeck economics international” Friederike Spiecker is an economist […]