Italy’s general election on 25 September produced a victory for Giorgia Meloni’s Fratelli d’Italia. While the result has provoked warnings about a return to fascism, it largely reflected a redistribution of support among parties on the right. There are nevertheless real concerns about the potential for democratic backsliding should the new government choose to reform Italy’s political system. 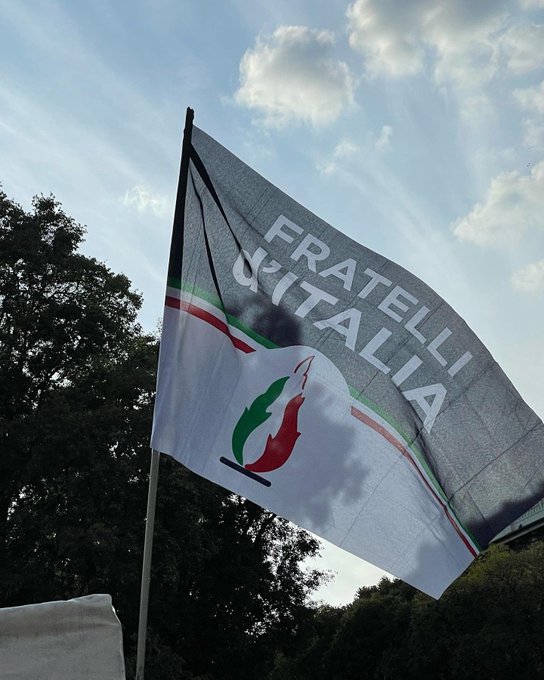 Long before the start of the campaign at the end of July, one could be forgiven for having a pessimistic outlook about the prospects for progressive change in Italy. It had long been apparent from opinion-poll data that by far and away the most likely outcome of the 25 September election was that the right would win comfortably, possibly with 40-45% of the vote, and that, as we have explained elsewhere, the combination of the 2020 referendum on the reduction in the number of parliamentarians, and the electoral law might mean that such a vote share would translate into a seat share approaching two thirds.

The outcome was one that seemed even more likely once it became apparent, in early August, that the centre-left Democratic Party would fail to coalesce not only with the Five Star Movement – which it blamed, erroneously, for the demise of the Draghi government – but also with Matteo Renzi’s Italia Viva and Carlo Calenda’s Azione, occupying the political centre. An outcome that placed two thirds of the seats in the hands of the parties of the right would enable them to change the Constitution on the strength of their own votes alone, without any possibility of being challenged by recourse to the constitutional referenda provided for by article 138 of the founding document.

So, given that they had already revealed themselves to be keen to enact constitutional changes corrosive of individual liberties and principles of democratic accountability, suggestions that Italian democracy might be placed in danger by the outcome of the elections did not, on the evidence then available, appear to be wholly inappropriate. In the event, the right has taken 43.8% and 44.1% in the Chamber and Senate contests respectively on a record-low turnout of 63.9%.

The outcome is no electoral revolution. First, it reflects what opinion polls had been saying for months. Second, the great winner, Giorgia Meloni’s Fratelli d’Italia (Brothers of Italy) with 26%, has, it is true, scored a stunning victory when compared with the 4.4% it had taken in 2018. However, this result reflects as much a redistribution of support among the parties of the right (which in 2018 had taken 37%) as the conquest of new support: both Matteo Salvini’s populist, nationalist League, and Silvio Berlusconi’s populist but more moderate Forza Italia suffered dramatic falls, taking just 8.8% and 8.1% respectively.

Third, Meloni’s victory, which seems so surprising to at least some media commentators in the immediate aftermath of the election, has led them to explain it in terms of voters’ disillusionment with mainstream parties and the desire to protest. However, political disenchantment and anti-political sentiments have by now become something of a cultural constant in Italy and a very long-standing one at that: there is absolutely nothing new about it.

Moreover, Meloni’s explosive growth reflects the equally meteoric rise of other parties and politicians since the 1990s transformation of the party system and the disintegration of the mass-integration parties that had sustained it. For this essentially left the mass of voters politically orphaned, ‘detaching’ them from their traditional political points of reference; and in the fluid electoral contest that has come to be created, Berlusconi, Renzi, Salvini and the Five Star Movement have all, at various times, scored stunning victories on the backs of protest voters – only subsequently to crash and burn. It remains to be seen whether, and if so how soon, the same fate will befall Meloni.

The right-wing parties’ opponents – the Democratic Party and its allies; the Five Star Movement, and the Renzi-Calenda alliance – actually outperformed them, with a combined vote share of 49.3%. However, they could do nothing to undermine the right’s quest for secure Chamber and Senate seat majorities as they were hopelessly divided.

The Democratic Party, under its leader Enrico Letta, with 19.1%, has hardly shifted from where it was in 2018 (with 18.8%), and this can probably be explained by two things. First, there is the complete absence of any vision of the kind of society the party seeks to create. Consequently, it is at most able to function as a catch-all party – providing an arena for the expression and the management of the full range of interests expressed in civil society – rather than as a party able to offer representation to given, specific, interests and thereby to attempt to realise a vision for society as a whole.

A party lacking such a vision lacks an ideology that can organise and render coherent the ideas and principles informing its programme and policies. This makes it more difficult for it to set the agenda of public political discussion and therefore to influence public opinion – as a result of which it is restricted to supporting or opposing the visions expressed by others, condemned constantly to follow, or to adapt itself to, public opinion. It also makes it more difficult for it to cultivate an audience of core supporters willing to back it through thick and thin, making it more likely that it is condemned to having to recreate its base of support, afresh, at each election.

Its second handicap has been its support for what came to be called, during the election campaign, the ‘Draghi agenda’. Not only would this prevent the party from tapping the support of those dissatisfied with a government that has done little to address the growing economic difficulties being experienced by increasing numbers of citizens (thanks to the fall-out from the Covid-19 pandemic and the war in Ukraine), but as a political narrative, ‘the Draghi agenda’ was purely technocratic in nature. This meant that it had none of the emotional resonance a political narrative needs in order to carry weight, and was likely to seem disingenuous, for it made the implicit claim that political choices could be reduced to nothing more than technical problems.

The Five Star Movement, meanwhile, performed better than had been widely assumed at the outset of the campaign, taking 15.4% and outperforming the Democratic Party in all the regions of the less-developed South after a campaign that had seen it stake out a position to the left of Letta’s party and speak up much more clearly than the Democratic Party, for the poor and the unemployed.

As the noise of the election campaign dies down, this much seems clear: Italy will have its first female prime minister who will stand at the head of the country’s most right-wing government since the war. Suggestions there is the danger of a return of fascism, through understandable given Fratelli d’Italia’s deep cultural roots in that tradition, are clearly wide of the mark; suggestions that civil liberties might be in danger or that the country is in danger of ‘democratic backsliding’ are not.

For Meloni’s victory appears to be above all, cultural: to represent, as one of Italy’s leading journalists, Ezio Mauro, has pointed out, the final breaking of the link between the Constitution and anti-fascism as the founding ideology that inspired it. And to the extent that that is the case, the easier the right seems likely to find it to transform the conquest of government into a change of political system.

A critical analysis of US policy towards China Alberto Bradanini is a former Italian diplomat. Among many positions, he was Ambassador of Italy to Tehran (2008-2012) and to Beijing (2013-2015). He is currently President of […]