It is time to rethink how we deal with climate breakdown. 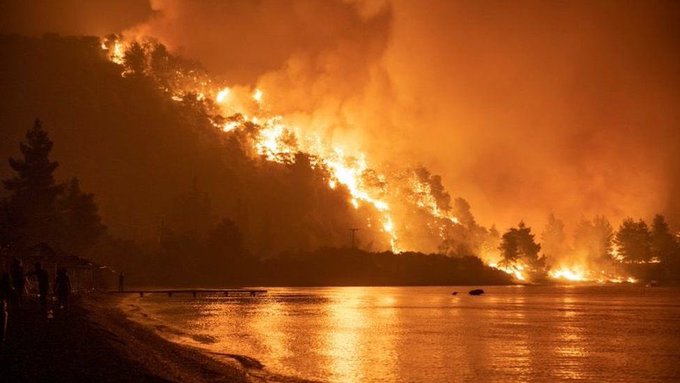 The steaming Northern-hemisphere summer of 2022 marked 30 years since the leaders of the world gathered in Rio De Janeiro for the Earth Summit. In Brazil, hundreds of countries agreed to adopt the idea of ‘Sustainable Development’ to guide all future policy making so that poverty would be eliminated, and the environment protected. In the excitement of the period after the end of the Cold War, governments, corporations and NGOs alike were enlisted to hasten the march of progress towards a better tomorrow.

Yet, 30 years into the era of cooperation for Sustainable Development, this model is turning out to be a conceptually flawed and failed solution to both poverty and ecological conservation. Its near-hegemonic grip on international development agencies may well have done more harm than good, by stifling more radical alternatives while leaving communities more vulnerable to incipient climate breakdown. That is why it is high time that those of us who are employed to work on either environmental or social issues now drop the ideology of Sustainable Development and support people to articulate their own frameworks more conducive to building resilience and nurturing communal wellbeing.

In my recent paper for the journal Sustainability, I argue that the ideology of sustainable development is empirically undermined by the failure to progress towards the internationally agreed goals based upon it. UN Secretary-General António Guterres warned this year that humanity is “moving backwards in relation to the majority of the Sustainable Development Goals.” For instance, SDG 1 seeks to eradicate poverty, but the extreme poverty rate rose in 2020, with the number of poor people increasing by between 119 and 124 million. Goal 2 aims to end hunger, but world hunger has been rising since 2014, with more than a quarter the world population affected by moderate or severe food insecurity in 2019. Goal 6 aims to provide water and sanitation to all, but water use is growing unsustainably and water stress is increasing, while billions of people are living without access to clean water and sanitation. It is important to note that was all prior to the negative impacts of the policy responses to the Covid-19 pandemic.

When discussing this data with my former colleagues in the UN, I hear a bewilderment and sense of impasse – professionals committed to positive change who are witnessing the futility of their efforts and the redundancy of their paradigm. As someone who has worked since the mid-90s on promoting sustainable development, it has been difficult to accept what the recent data is making clear to us. Which is that the backsliding on the SDGs is not incidental. Rather, it was predicted by people who critiqued the economic and technological assumptions that underpin them. Their research has shown time and time again, that a world of finite resources cannot hope to continue fuelling an ever-expanding economy.

Fear of confronting that ecological reality has led some people on both the left and right of politics to embrace fantasies that technological breakthroughs will allow us to transcend the resource limits of the earth. These ‘ecomodernists’ see averting climate breakdown as requiring the nurturing of new technologies combined with better resource management. But closer analysis of the practicalities of decoupling resource consumption from growth and decarbonising the economy show that it is an impossible vision for the whole world if continuing the same consumption patterns.

The relationship between economic growth and increased climate emissions and ecological destruction is by now undeniable, and this relationship makes the ideology at the heart of sustainable development redundant. By continuing to distract us from the limits to economic growth, the SDGs have become an own goal scored against people and nature. It is not simply the codification of these goals that needs abandoning or revising, but rather the capitalist, growthist and ecomodernist ideologies that undergird them.

Frameworks fit for the future

The conditions under which the Sustainable Development Goals were incubated are not the conditions which the world faces today. We are now living in a time of spiralling climate breakdown. The most obvious instantiation of this is the increase in climate disasters that we are witnessing globally. Sustainable development was not designed for a world blighted by ecological collapse. Consequently, its reliance on economic activity and globalisation is not fit for the future.

Sustainable development communicated a worldview where material and technological progress was both good and inevitable; where humanity will balance social, economic, and environmental issues to progress materially, and where it is a priority to foreground corporate economic interests. This worldview breaks down in the face of climate breakdown.

Instead, the twenty first century demands a model of poverty alleviation that foregrounds building resilient economies based on need, rather than ever-expanding consumption for consumption’s sake. In practice this necessarily means a shift to more localised economic and political systems that are better able to respond to and empower communities that face increasing disruption from environmental change.

What then should replace the framework that has shaped the last 30 years of international development assistance? The need for localisation means that we should take seriously the idea that different communities will have different needs in shaping their responses to the new normal. We must disavow the imposition of a singular model of poverty alleviation to be exported to the rest of the world. “Let’s be more wary of using community-led initiatives on social and environmental challenges across the Majority World to promote the idea of ‘sustainable development’ towards one mode of economically advanced societies”, explains Dr Malika Virah-Sawmy,. “Instead, let’s listen more to their own motivations, aspirations and needs”  She is one of over 100 scholars who signed a public letter calling on the United Nations to ditch its allegiance to the growthist ideology within the sustainable development agenda.

That letter was published to coincide with a major UN conference on disaster risk reduction. That is because the signatories, including myself, realise that an element of disaster risk management must inform future international cooperation. This is simply a result of recognising that the future will surely involve more disasters and risks of disaster. The letter also called for more support for locally led adaptation to climate change. While these ideas do not provide an upbeat message like the story of ‘sustainable development’ once did, people need practical help rather than upbeat visions from international professionals. It is time to accept that ours is the age of consequences. The sooner those of us who work on social and environmental issues accept that and update our focus, the more effective we may be in the turbulent times ahead.

Nat Dyer – Susan Strange: a great thinker or a ‘journalist’?

The works of political economist Susan Strange are experiencing a revival of interest. But what are her big ideas? Nat Dyer is a freelance writer based in London. He was previously an investigator and campaigner […]

Having learnt nothing in the past, the EU continues to impose its neo-liberal policies upon member states Gustavo Piga is Full Professor of Economics at the University of Rome Tor Vergata You will find the […]

We’ve got the money, we’ve got the knowhow, but averting the worst of the climate crisis needs radical change − by us. Alex Kirby is a former BBC journalist and environment correspondent Cross-posted from Climate […]