There are many good reasons to support using hydrogen to decarbonise our energy supplies, but when you look beyond the hype it’s easy to see why some are much more promising than others, and so we need to separate the hydrogen wheat from the chaff. 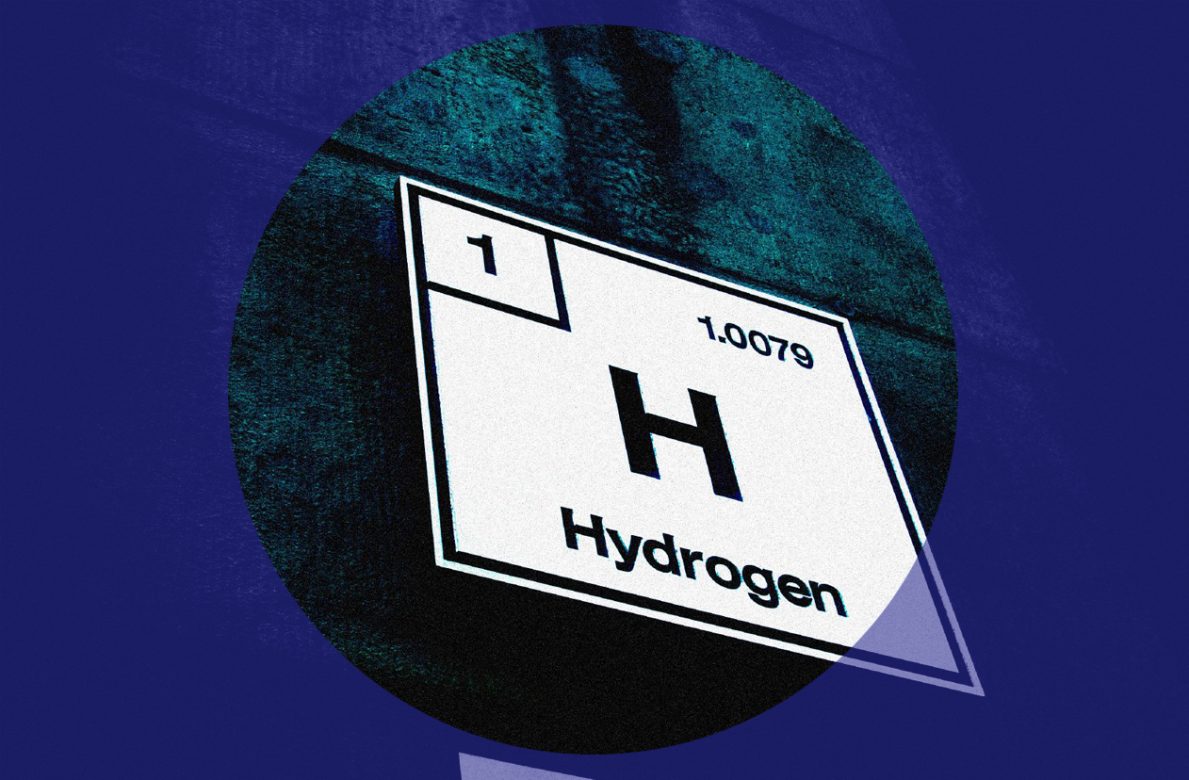 The Scottish Government’s consultation on the Draft Heat in Buildings Strategy includes many mentions of hydrogen and notes that the government is seeking to “understand the potential for hydrogen for heat, including identifying those buildings and areas where hydrogen is most likely to be the best option for delivering our targets”. However, as regards heating homes, the simple answer is that the potential is very limited, and the number of cases where it would be the best option falls in the range of very small to zero. But I’ll get to the reasons for that later.

Hydrogen comes in an increasing range of ‘colours’ according to how it’s produced, which in almost all cases is from either gasification of fossil fuels or biomass or using an electrolyser to split it from water, although there are some minor variations in how these are defined. White is naturally-occurring hydrogen, but deposits of natural hydrogen are rare and we currently lack the technology to extract them. Brown or black comes from the gasification of coal (or sometimes biomass). Grey comes from reforming fossil gas, and is currently the most common form of production. Blue comes from reforming fossil gas or biomass or using fossil fuels to power an electrolyser, and then capturing and storing the waste carbon dioxide using carbon capture and storage (CCS) technologies. Pink comes from using electricity from nuclear plants to power the electrolyser. Turquoise is the exception to the means of production, whereby methane (either fossil or from biomass) is decomposed by pyrolysis at very high temperatures to generate hydrogen and a solid carbon by-product, but the technology is still in the experimental phase and production is minimal. Yellow usually indicates that an electrolyser is powered by a mix of fuels to power an electrolyser, but can also denote (specifically) the use of solar power. And finally, green comes from electrolysers powered only by renewable energy, predominantly wind, and currently accounts for one percent of hydrogen production.

This may sound like we have a plethora of choices, but if we are to have any chance of averting catastrophic climate change, we can forget everything but green hydrogen (advocates of CCS can get back to me when its working at scale and economically competitive, but I won’t be holding my breath). That gets us down to that one percent, meaning that even if we see a rapid growth in production, and I sincerely hope we do, we are starting from a very small pot.

And because it’s far more efficient to take renewable electricity and dispatch it straight into the grid, the rate of growth in renewable electricity generation will have to significantly outstrip demand in order to justify investing in pumping or transporting hydrogen far from the points of production.

So it follows that when demand, or potential demand, for a product far outstrips supply, the rational response is to ration it, which is precisely where those advocating a hydrogen hierarchy are coming from, and there is a surprising amount of consensus amongst energy experts as to what such a hierarchy should look like.

The Hydrogen Position Statement published by 100% Renewable UK is our second version of devising such a hierarchy that could be agreed internationally (the first was a little too simplistic), and closely reflects evidence from other expert groups around the world who have been publishing their own hierarchies and commentaries on the most and least beneficial uses for it. It is far from unusual and it is worth stressing the level of consensus here, particularly when the views of those with vested interests in profiting from non-green hydrogen and / or fossil fuels, nuclear, and CCS are weeded out.

At the top of this hierarchy sits using hydrogen for decarbonising heavy industry, and this is the one case where transport it over long distances makes sense. Electrifying heavy industry, which relies on using vast amounts of heat delivered flexibly, would place enormous demands on the grid, and these limitations mean that hydrogen is by far the most viable solution. The case is particularly strong for using it to refine iron ore into iron for the steel industry, but other applications including the ceramics and chemicals industries all have a high potential for conversion to hydrogen.

After decarbonising heavy industry comes storing excess renewable electricity at the point of generation, and using hydrogen for storage at windfarms is an established and improving technology.

In the third place, but by no means a distant runner up, is decarbonising shipping. Unlike other forms of transport, powering ships with hydrogen is essentially unlimited by the constraints of weight and volume that apply to other forms of transport. Furthermore, shipping hubs are often conveniently located in or near the sorts of locations that are ideal for large scale renewables such as wind and wave power. It’s a natural synergy that could transform the shipping industry assuming, of course, that supply can meet demand.

Below shipping is our second tier of applications, all of which are for transport. Converting long distance road freight is a practical and viable alternative to electrification, and again benefits from the many vehicles passing through shipping hubs. Whereas for short distances, including covering the ‘last mile’ from hubs to businesses and homes, electrification wins out, especially where the need to develop new infrastructure to transport hydrogen to local supply stations is considered in comparison to the existing electricity grid. A similar argument applies to rail, where it seems likely that a hybrid approach will emerge as the optimal solution.

However, sadly for those with hopes of being able to take guilt-free flights, neither hydrogen nor electricity, or any other fuel, currently offer green solutions. Hydrogen runs up against the problem of volume of fuel needing to be stored (and some safety concerns, although these seem far from technically insurmountable), whereas electricity and battery storage run up against the problem of weight.

Furthermore, if and when a solution is found, it will take many years to convert the world’s fleets of aircraft, and so until then, if we are serious about tackling climate change, we should treat the current lockdown as preparation for a world where flying is significantly restricted for many years to come.

Our third and final tier is topped by private transport. Here it is partly a case of electric vehicles being simply a more practical, cheaper and established solution, particularly where businesses and householders invest in their own renewable electricity generation systems. Whatever your views on private versus shared and public transportation, electric vehicles are set to be the solution for small numbers of people travelling away from the rail network.

And then, finally, we come to heating homes. With a limited number of exceptions that essentially boil down to homes in remote locations near shipping hubs and in grid-constrained areas, in a world where the supply of hydrogen is limited and we have very little time left to tackle climate change it is uniquely unsuited to heating buildings.

Hydrogen has a low energy density (approximately 120 MJ/kg) and is very good at escaping through anything vaguely porous, such as much of the existing gas network. Depending on who you speak to, and I’m inclined to be optimistic, the general rule of thumb is that the network can take of mix of up to 30 per cent hydrogen and 70 per cent methane outside the small number of areas where the grid isn’t already upgraded. The gas laws dictate that energy density could be increased by pumping at higher pressure, assuming this can be done in a way that doesn’t increase leakages, but that still leaves the problem of upgrading the grid, both in terms of how long it would take and the costs of doing so, which would invariably be passed on to consumers.

Converting buildings to hydrogen means replacing existing gas boilers with ‘hydrogen-ready’ ones, which are on the market now and fortunately come in at only £50-£100 more – but note the ‘ready’. Ten years ago we were being sold the idea of new fossil fuel power plants on the promise of them being ‘CCS-ready’, yet CCS remains largely unproven and untested at scale, and Scotland’s CCS pilot at Longannet was scrapped way back in 2011.

So if you’re thinking that all this amounts to yet another desperate attempt by the fossil fuel industry to prolong its lifespan, you’d be right, but that hasn’t stopped SGN from trousering £18 million in funding from Ofgem and a further £6.9 million from the Scottish Government for a pilot project at Levenmouth, Fife, that will provide a 100% hydrogen supply to a whopping 300 homes.

The brutal truth is that back in 2019 the Intergovernmental Panel on Climate Change (IPCC) stated that we had 12 years to save the planet and a mere 18 months to decide how to do it, so given the glacial rate of progress made since then we should expect the IPCC’s 6th Assessment Report, due later this year, to be sobering reading. Yet the solutions we need are at hand, and hydrogen, where appropriate, is one of them, but we have much better options for heating buildings that are established technologies which simply need rolling out faster – a lot faster.

Ultimately, all heating systems will need to be replaced with heat pumps, solar thermal and photovoltaic panels, and non-fossil-fuelled district heating systems, and whilst we continue to make use of the existing gas network bio-LPG exists as a cost-effective transition fuel that doesn’t require replacing pipes and boilers.

So why the delay? Why are our politicians still leading us sleepwalking towards the climate catastrophe? I’ll leave you to decide how much of this is due to the vast amounts of money spent on lobbying by the fossil fuel industry and its patsies, their seemingly endless desire to latch onto the latest shiny new thing, their propensity to behave like ostriches when it comes to facing up to the realities of tackling climate change, or simply sheer incompetency and lack of technical knowledge.

Who was accountable and who is accountable to the Greek people? European handling of the Greek crisis takes economic colonialism to a twenty-first-century high-water mark. Ashoka Mody is a visiting professor in international economic policy […]