The quicker one achieves peace, the less suffering people will experience.

Jeremy Corbyn is a member of the UK Parliament, former leader of the UK Labour Party and the founder of the Peace and Justice Project

This article was produced by the Morning Star and Globetrotter 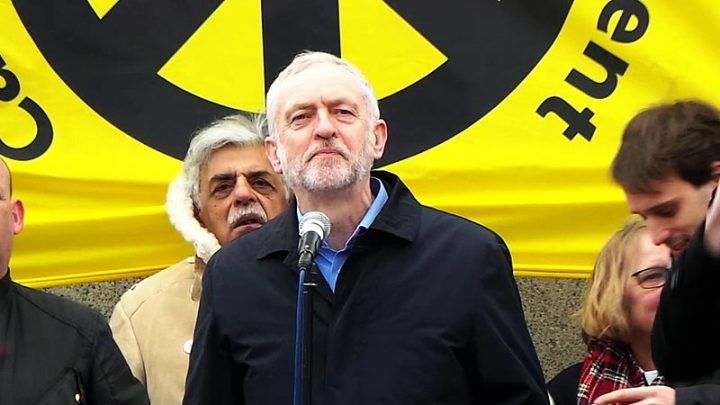 With Russian shells raining down on Ukrainian cities, an uneasy ceasefire in Yemen, the attack on Palestinians at prayer in Jerusalem and many other conflicts around the world, it might seem to some to be inappropriate to talk about peace.

When a war is going on, though, it is absolutely the time to talk about peace. How else can we prevent even further loss of life or yet more millions forced into refuge somewhere else in the world? It is welcome that at last the United Nations has taken an initiative with the welcome request by Secretary-General António Guterres for face-to-face meetings with Russian President Vladimir Putin and Ukrainian President Volodymyr Zelenskyy.

There must be an immediate ceasefire in Ukraine followed by a Russian troop withdrawal and agreement between Russia and Ukraine on future security arrangements.

All wars end in a negotiation of some sort—so why not now?

Everyone knows this is what will happen at some point. There is no reason to delay it for bombing and killing, more refugees, more dead and more grieving families in Ukraine and Russia. But instead of urging peace, most European nations have taken the opportunity to ramp up arms supplies, feed the war machine and boost the share prices of weapons manufacturers.

It is also the time to talk about our humanity, or lack of it, to people in deep distress as a result of armed conflict, the abuse of their rights or the grinding poverty that many face as a result of the global economic system.

Almost 10 percent of the population of Ukraine is now in exile, suffering trauma, loss and fear. Most countries in Europe have been supportive of Ukrainian refugees. The British government pretends to be as well, but then ensnares Ukrainians in the Home Office’s deliberately labyrinthine and nightmarish bureaucracy to deter them. Instead, Ukrainian refugees should be supported and made welcome. That’s what the British people by and large want; the huge generosity of ordinary people is showing the best of our humanity.

However, in the treatment of desperate refugees from wars where Britain has a direct responsibility, such as Afghanistan, Iraq, Libya and Yemen, the story is painfully different.

If someone is so desperate that they risk all to attempt to cross the English Channel in a dangerous, flimsy dinghy, they deserve sympathy and support. Instead, the Home Office plan is to remove them to Rwanda. If we believe in humanity, and the rights of refugees, then they should all be treated equally and decently and allowed to make their contribution to our society, not criminalized and incarcerated. If the Conservative Party gets away with this outsourcing, other European countries will do the same. The Danish government has already spoken warmly about the cruel and unworkable proposal.

The effects of this war on the politics and hopes of our society are going to be huge, not least for the world’s institutions. The United Nations was established after World War II to “save succeeding generations from the scourge of war.” Since then, we can reel off the long and lengthening list of conflicts and proxy wars that the world has endured and that have taken the lives of millions. Korea, Vietnam, Iran-Iraq, Yugoslavia, Afghanistan, Iraq, Libya, Syria, India-Pakistan, the Democratic Republic of the Congo and many other conflicts have been barely reported on by mainstream media, maybe because they were conflicts against colonial occupation such as Kenya.

A huge question must be asked of the UN in the Ukraine conflict. When Russia brutally and illegally invaded Ukraine, was not that the moment for the UN to send its secretary-general to Moscow to demand a ceasefire? The UN has been too slow to act, and too much of the interstate system has pushed for escalation, not negotiation.

The call for more effective and proactive international institutions to support peace was powerfully made in April 2022 in Madrid at a conference hosted by Spain’s left-wing Podemos party, following a dialogue initiated by the left-wing activist organization Progressive International. Every one of the 17 speakers condemned the war and occupation and called for a ceasefire and a future of peace for the people of Ukraine and Russia. The participants knew about the dangers of escalation of this conflict and the further hot wars and violence a new cold war would bring. There are 1,800 nuclear warheads in the world primed and ready for use. One “tactical” weapon would kill hundreds of thousands; a nuclear bomb would kill millions. It cannot be contained, nor can its effects be limited.

In June, Vienna will host a major series of peace events around the Treaty on the Prohibition of Nuclear Weapons. This treaty, supported by the UN General Assembly and opposed by the declared nuclear weapons states, provides the best hope and opportunity for a nonnuclear weapons future. The opportunity should be grasped with both hands.

Some say to discuss peace at a time of war is a sign of some kind of weakness; the opposite is true. It is the bravery of peace protesters around the world that stopped some governments from being involved in Afghanistan, Iraq, Libya, Syria, Yemen or any of the dozens of other conflicts going on.

Peace is not just the absence of war; it is real security. The security of knowing you will be able to eat, your children will be educated and cared for and a health service will be there when you need it. For millions, that is not a reality now; the aftereffects of the war in Ukraine will take that away from millions more.

Meanwhile, many countries are now increasing arms spending and investing resources in more and more dangerous weapons. The United States has just approved its biggest-ever defense budget. These resources used for weapons are all resources not used for health, education, housing or environmental protection.

This is a perilous and dangerous time. Watching the horror play out and then preparing for more conflicts in the future will not ensure the climate crisis, poverty crisis or food supply is addressed. It’s up to all of us to build and support movements that can chart another course for peace, security and justice for all.

Robin McAlpine: After this Crisis, our Lives and Economy can be Better – If We have Principles

This is the direction we should be thinking in. What comes after? If we do not know, it will be the same old neo-liberalism. An important weekend read. Robin McAlpine is the director of the […]

Antonio Lettieri – The Euro and the Disputable Legacy of Mario Draghi

He has saved the euro, but he has even supported as a counterpart the deleterious combination of austerity – structural reforms, which have made Eurozone the area with the lowest growth and highest unemployment in […]

In our December 2017 Taxcast: We speak with two time Pulitzer Prize winning author and journalist Jake Bernstein about his new book ‘Secrecy World: Inside the Panama Papers Investigation of Illicit Money Networks and the […]