This is our second quick assessment of yesterdays election in England. The first (read here) is by John Weeks. 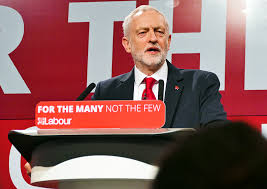 The English local elections – mainly in urban areas and including London – were, on the whole, a slight disappointment to Labour – and maybe a bigger disappointment to some activists who had been optimistic that the Party would sweep if not all, but more before it.

On the results to date (lunch-time Friday) it looks as though the result is more or less mirroring the General Election result of June last year, when Labour did far better than most pundits expected, on a relatively radical manifesto.  Yet at the same time, in some more working class areas in the Midlands and North of England, it did worse than expected, and this cost it the chance to be the largest party in the House of Commons.  In essence, in the General Election, the former UKIP vote collapsed, and on average two-thirds of the ex-UKIP vote went to the Tories, one third to Labour.  But where the UKIP vote had been very high, the share going to the Tories was itself higher.  And on the figures I have seen so far from yesterday, a similar but varied pattern emerges.

But before looking at the picture in a bit more detail, let’s not forget that Labour is the only European social democratic party which is currently riding fairly high in the polls, and not falling back.  Look at Germany, France, Italy, Spain, the Netherlands, even Scandinavia, and traditional – more right-wing – social democracy is in sharp decline.  Labour’s turn to the left has proved on balance an electoral plus, not a disadvantage.

On the local elections, the Conservatives are spinning like mad that Labour has done badly and that they have done well.  Yet overall (I write before the Birmingham result which may be disappointing) Labour has been gaining seats, and the Tories losing seats – but neither on the large scale we have seen in previous elections.  The UKIP vote, which was large in many areas in 2014 (the last time these seats were contested) has collapsed to almost nothing.  I have looked at how the UKIP vote has been redistributed in a number of towns in different regions (taking the council area as a whole).  Here are some examples showing the great diversity of outcomes – but on balance favouring the Conservatives:

No UKIP, which was previously 24.3%. so most of the former UKIP share moved to Con or Lib Dem

No UKIP, was previously 9.7%.  So it seems some went to Lib Dem, and a smaller share to Lab.

So here, the former UKIP share split almost exactly equally between Lab and Con, which is very unusual.

No UKIP; was previously 25.3%.  So UKIP vote went two-thirds to Con, the remaining third shared between Greens and Lab

In this case, not only did the entire former UKIP share go to Con, but the Lab share of the vote dropped sharply, i.e. no share of ex-UKIP vote

In this previously very strong UKIP area, half of the ex-UKIP share went to Con, a very small proportion to Lab.

Turning to London, where UKIP has never succeeded in gaining a significant share of the vote, Labour had high hopes of winning more seats and councils, despite the fact that it had done very well in 2014.  I do not yet have enough data to see how the overall shares of vote compare with 2014, but my assessment is that Labour did quite well in terms of the vote, if not in terms of seats won.

The Liberal Democrats won back control of the outer London boroughs of Richmond, Kingston and retained Sutton, but elsewhere in London made up little ground lost as a result of their coalition with the Conservatives at national level from 2010 to 2015.

According to the BBC, looking nationwide, the two main parties (Lab and Con) received an almost identical share of the total vote, at 35% each, with the Liberal Democrats doing better than last time at 16%.

For Labour, the overall result is reasonable to good in many areas, but extremely concerning in others, notably where the ex-UKIP vote (in mainly white working class areas) has drifted en masse to the Conservatives.  These areas need to be won back by Labour if it is to form the next government.

If we consider the impact of Brexit on the local election voting and results, it is exceptionally hard to see any particular “footprint”. There is little evidence that Labour’s position to accept Brexit while staying in a customs union has won back very much support, but equally there is little evidence that “remainers” transferred away from Labour in their hundreds of thousands.  True, the Liberal Democrats won in some areas, but these are all its traditional heartlands.

So strategically, Labour faces the hard strategic question – how to maintain a strong progressive set of policies (progressive on economic and social issues) while winning back enough voters in the north and midlands who might be defined  as “social conservatives” but who are also often in areas of economic decline.  There is a separate issue – less tested in these elections, as many of the rural districts did not have elections – about how Labour can win enough votes in smaller towns and villages.

But once again, from a European perspective we must underline that social democracy in Britain is alive and kicking, and electorally successful (if still not quite enough!) – after moving to the left.

Seizing the funds of sovereign states is not a good strategy for maintaining global hegemony Cross-posted from CounterPunch With the explanation that it had to punish Russia for its war in Ukraine, the west stole […]

Without new economic thinking, macro policy will retain its deflationary biases and secular stagnation remains the ‘normal’. Servaas Storm is Senior Lecturer of Economics, Delft University of Technology  Cross-posted from The Institute for New Economic […]

In the midst of a cost of living crisis, finance should work for everyday citizens, not the City of London and huge corporations Ann Pettifor is a director of Policy Research in Macroeconomics (PRIME) Cross-posted […]