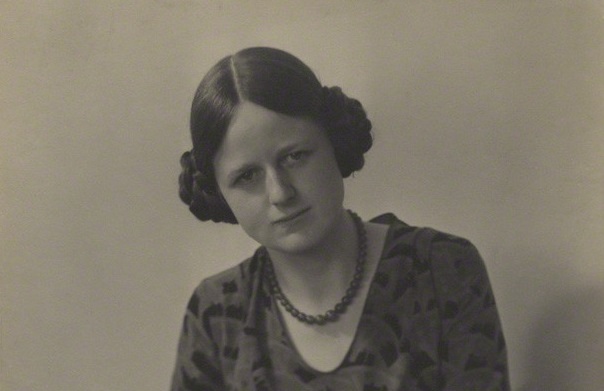 Joan Robinson first defined the term “macroeconomics” that appears in the title of these five blogs, a concept developed in her 1937 book Introduction to the Theory of Employment. If J.M. Keynes was the “father” of modern macroeconomics, Robinson, 20 years younger, was its “mother”. She holds the distinction of being the foremost economist not to win the Nobel Prize, which many anticipated she would receive in 1975. Whether because of her gender or her political views, this misjudgement weakened the reputation of the Bank of Sweden (that awards the prize).

“Economics itself…. has always been partly a vehicle for the ruling ideology of each period as well as partly a method of scientific investigation.”

While many consider her greatest work to be in the theory of growth and development (The Accumulation of Capital 1956), I focus on another of her theoretical contributions, the critique of mainstream (neoclassical) economics.

In Chapter 1 of The General Theory Keynes famously refers to two “postulates of Classical economics”, one of which determines the demand for labour and the other the supply. He states that “I shall argue that the postulates…are applicable to a special case only and not to the general case”, with continuous full employment the “special case” and less than full employment the general case.

In the context of later parts of The General Theory (for example, Appendix on User Cost and Chapter 20 on “The Employment Function”) it is clear that Keynes wrote tactically in accepting the limited applicability of mainstream supply and demand for labour. With an eye to what he considered his important contributions to come later in his book, he apparently decided to not to fight a battle over the theory of the labour market.

Robinson took on this fight with her path-breaking 1953 article, “Production Function and the Theory of Capital”, which initiated what came to be called the Cambridge Capital Controversy. Superficially arcane and esoteric, this controversy goes to the heart of mainstream economics. I do not exaggerate when stating that if Robinson’s critique is correct, mainstream economic theory collapses. In the judgement of prominent economic historian Mark Blaug Robinson won the argument, even that her major opponent “declared unconditional surrender”.

Yet the theory Robinson demolished lives on while she has been relegated to the fringe by the followers of those she demolished. Why and how flawed economics crowded out sound economics tells the non-specialist much about the political and ideological nature of what today passes as accepted economic wisdom. Revealing the why and how requires first the explanation of Robinson’s critique, and second its limited long-term impact on the profession.

Mainstream labour market theory presents the demand for labour by private companies as negatively related to the wage level. Other things equal, employers will increase employment if the wage level falls and vice-versa. Robinson’s critique undermined this apparently commonsense conclusion, which derives from a false comparison with markets for goods and services.

If the price of apples falls, a buyer is likely to purchase more, and purchase fewer if the price rises. The increase in amount demanded occurs because 1) a lower price frees a bit of income (if you buy four apples for one pound at 25p each, at 20p you can buy five for a pound); and 2) with apples cheaper you may substitute them for something whose price has not fallen, such as pears.

The first of these arguments cannot apply to the labour market. Employers hire workers in order to produce a product the employer then sells. A lower wage itself does not increase a company’s anticipated sales. Thus, if a lower wage results in more employment that must result from substitution of labour for other production inputs. The substitution would involve using more labour in place of capital, equipment and machinery, when wages fall, and using more capital in place of labour when wages rise.

The analytical conclusion seems obvious and irrefutable. Wages go up and employers replace labour with capital (production becomes more “capital intensive”). Wages go down and employers replace capital with labour (production becomes more “labour-intensive”). The implications are profound – if workers organize and force wages up, employment declines. For individual companies and the macroeconomy higher wages come at the cost of unemployment.

Obvious as it may seem, this argument is false. It is a non sequitur because, strange as it may seem, for the economy as a whole lower wages need not imply that labour becomes cheaper than capital. In her 1953 article Robinson demonstrated the faulty logic by asking the apparently simple question, how is capital measured? For labour, it is a reasonable simplification to treat it as homogenous and to measure it in hours worked (for example). This is not valid for capital, which is inherently heterogeneous as well as of varying age across the economy.

Robinson pointed out that we must measure capital in prices. Even if we find a suitable way to combine machinery and equipment of different ages and types, an insurmountable problem remains. When wages go up and down, the value of equipment will go up or down depending on the labour cost of the equipment. For example, if wages rise, the cost of a hand-made tool will increase substantially, while equipment largely made by other equipment will be relatively unaffected.

In a succinct 25 pages without use of mathematics, Robinson demonstrated that it cannot be proved that an increase in wages results in labour becoming more expensive compared to capital (while not difficult, the algebra of the proof is tedious). The explanation of this apparently paradoxical conclusion is straight-forward. In an integrated production system, increases in wages can increase or decrease the value of the economy’s capital (machinery and equipment) depending on the labour cost of special capital equipment.

The implications of Robinson’s argument are profound to the point of revolutionary. Depending on the production structure of each economy, its technology and product mix, an increase in wages might result in less employment, more employment, or have a neutral impact. For the economy as a whole, we cannot predict the impact of wage changes on employment. This indeterminate outcome applies to conditions of full utilization, Keynes’s “first Classical postulate”.

Immediately after Keynes published The General Theory, his mainstream opponents began their ultimately successful task of reformulating his theory to strip it of its innovative features. In Robinson’s case the mainstream has failed in its attempts to reformulate her analysis in order to rob it of its devastating conclusions.

For that reason, her contribution is ignored, treated as an embarrassment not to mention among the faithful and certainly not to students or the potentially inquisitive layperson. To use her phrase, Robinson’s critique hit too deeply into “the ruling ideology” of mainstream economics.

John Weeks is Professor Emeritus of Economics, SOAS University of London, & editor for Progressive Economist Group. Cross-posted from Prime Economics   What Crisis? For the last several years the media have carried reports […]

Nick Shaxson – Could the Wealth in Tax Havens Help us Pay for the Coronavirus Response?

In this Corona Crisis a radical redistribution of wealth is necessary, and what better place to find it than on the “Treasure Islands”. But there is more, much more to this. Nick Shaxson is an […]