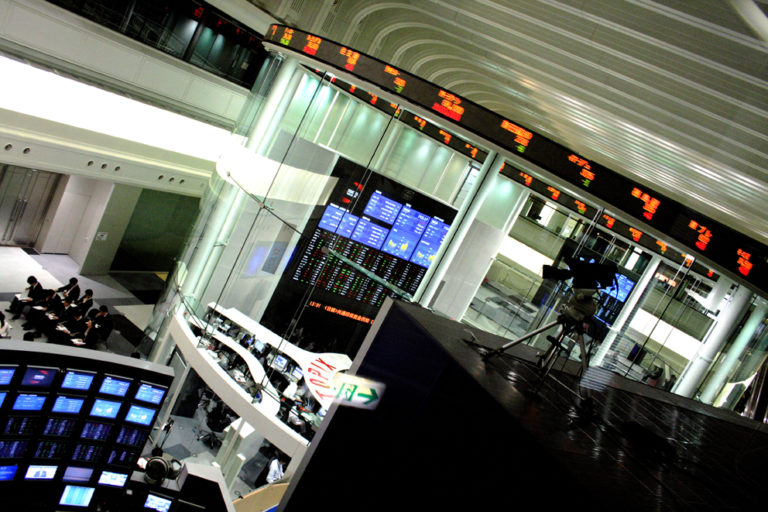 Many including the United Nations Conference on Trade and Development predict an imminent global recession (Larry Elliot and the report itself). What causes such instability to sweep the major capitalist economies? To understand why we suffer severe global economic barely ten years after the Great Financial Crisis of the late 2000s, we must look back at the immediate post-WWII policy consensus and its demise.

Over five decades the principle that capitalist economies required active, continuous management by national governments established itself as policy orthodoxy, then the consensus abruptly ended. The first governments to practice active policy management could hardly have been less alike, the Nazi regime in Germany that took power in January 1933 and the presidency of Franklin Delano Roosevelt inaugurated in March of the same year. The abrupt end came in 1979-1980 with the election of Margaret Thatcher in May 1979 and Ronald Reagan in the United States (inaugurated January 1981).

That the responsibility for economic prosperity falls to governments drew its analytical justification from the work of John Maynard Keynes, and its political urgency from two great catastrophes that threatened to destroy the liberal capitalist order, the Great Depression of the 1930s and the Second World War. As Kurt Rothschild argued in his famous 1947 Economic Journal article, the depression, fascism and the subsequent world war resulted from the inherent dysfunction of unmanaged capitalism.

Fiscal policy, monetary policy and exchange rate policy provided the three instruments for national governments to achieve effective macroeconomic management. The International Monetary Fund, established by the Bretton Woods Conference in 1944, served as the vehicle for international exchange rate management for 25 years. It collapsed in 1971 when the US government ended its guaranteed dollar price of gold. After brief and ineffective attempts to establish alternative international monetary “anchors” to replace the US guarantee, governments of major capitalist countries reverted to the various forms of partially managed exchange rate floats we have now.

Financial speculation and loss of the exchange rate as a policy tool followed as the long term effects of the end of the Bretton Woods system. The de facto control of exchange policy by financial interests prepared the ground for the same interests to take control of monetary policy a decade later. As part of a broader argument against democratic accountability in economic policy, the new financial orthodoxy advocated central bank “independence” from governments. This new orthodoxy asserted the necessity to exclude political considerations from monetary decisions, because of the technical nature and precision of central bank decisions made these decisions the territory of experts.

Arguments to de-commission fiscal policy represented an extension of the ideology of market-determined exchange rates and independent central banks. The vulgar arguments for a neutral, non-interventionist fiscal policy took and continue to take the form of the allegedly self-evident necessity for governments to “live within their means” (see Chapter 1 of my forthcoming book The Debt Delusion: Living within our means and other myths). Superficially more sophisticated, the new anti-policy orthodoxy argued that failure to balance budgets would provoke speculative attacks on currencies and stimulate inflation.

The neoliberal “neutral policy” orthodoxy made an integrated package. Governments have no alternative to floating exchange rates (so-called market-determined). Because this exchange rate policy facilitates speculation, governments must constrain their monetary and fiscal policies to adhere to the expectations of speculators (aka “investors”). Macroeconomic stability requires a passive approach to exchange rates, inflation targeting and balanced budgets (deflationary monetary policy and pro-cyclical fiscal policy).

This brave new neoliberal macroeconomic policy world embodies a fundamental flaw. It derives from the belief that market economies are inherently stable. Neoclassical economics provides the theory underpinning the policy world of neoliberalism. If stability cannot be established theoretically and empirically, the neoclassical neutral policy framework collapses, and with it the justification for balanced budgets, independent central banks and floating exchange rates.

Neoclassical automatic stabilizing adjustment occurs according to the principles of Walrasian general equilibrium (WGE). However, this theory does not address the practical problems of market instability. Explaining WGE to the non-specialist proves extremely difficult not because of its complexity but its inherent implausibility. Fortunately, it is not necessary to do so, because neoclassical economics invokes WGE to solve an imaginary problem, which proves to be theoretically unsolvable.

The neoclassical stability problem can be stated as follows. In a system of production and distribution without central coordination, what is the process by which markets stabilize? To put the problem simply, with so many products and markets what prevents instability-generating surpluses and shortages that would cause extreme price fluctuations? Neoclassical economists claim that WGE provides the answer to that question.

Quite the opposite is the case: WGE demonstrates the impossibility of stability in an unregulated market system. WGE achieves market instability through central coordination. That coordination is achieved by the intervention of an “auctioneer”, who has the power to prevent any exchange in any market that does not occur at a price that leaves that market (and by implication all others) with neither a surplus nor a shortage. The Walrasian auctioneer is a purely imaginary or hypothetical creation – no such auctioneer with these powers exists in any market.

As I have explained in non-technical language, neoclassical economics offers no operative solution to the problem it poses (the technical version here, pages 44-45). Market stability results because instability is excluded by assumption (the imaginary auctioneer prohibits it).

The actual solution to the neoclassical problem proves quite mundane. Market economies are coordinated, by private producers. In practice, corporations set prices and sell what they can at that price. The problem of price and quantity stability in an uncoordinated market system of many buyers and sellers exists only in the arcane world of neoclassical economics. Corporations minimize the effects of surpluses and shortages of goods through inventory change.  Surpluses and shortage of services are managed by decreasing or increasing employment.

Yet capitalist economies do suffer periodically from extreme instability, the most recent example being the Great Financial Crisis of the late 2000s. These moments of extreme instability, recessions and depressions, result not from lack of coordination across markets. They result from private demand “failures”; specifically, the volatility of private investment and to a lesser extent of export demand. For example, decline in export demand is the source of the imminent German recession.

We can easily verify the instability caused by private demand. The components of aggregate demand consist of private consumption, private investment, exports and public expenditure. The first of the four, private consumption, is a function of GDP itself, so aggregate demand reduces to private investment plus exports plus public expenditure.

Figure 1 shows the variability of UK GDP and its two private components, measured by the coefficient of variation (standard deviation divided by the mean). Over the last 17 years, growth of gross domestic product had a variation approximately equal to its average. In contrast, the variation in the growth rate of private investment was more than three times its average and export growth in between the two at about 1.5 times is average. Moderate fluctuations in aggregate production result from extreme fluctuations in private demand, especially investment.

We find the same pattern in the United States, with GDP growth showing a lower coefficient of variation of approximately .3. The variability measures for private investment and exports are three times larger. The measures refer to constant prices, eliminating any variability due to inflation.

In the simplest case, we would expect that the variation in the total (GDP) would equal the sum of the different elements weighted by their chares in GDP. For the UK the weighted sum of the variation of the private components, private investment and exports calculates as .89, slightly less than the 1.0 for GDP. The difference might be explained by the variation in public expenditure resulting from the fiscal austerity cuts after 2009. For the United States, private variation sums to .32.

The message from the statistics is clear — private demand causes aggregate economic instability. Keynes knew this, policymakers after WWII knew it, and they sought to counter the systemic instability caused by private producers. Private demand tends to instability, especially for investment. The instability results because investments are made in anticipation of future economic conditions, which are uncertain.

Public expenditure serves to compensate for the inherent instability of private demand. This is the essence of “counter-cyclical” fiscal policy, that the central government increases its spending when private demand declines, and raises taxes when private expenditures create excessive inflationary pressures. During 1950-1970 that was the policy consensus, and it coincided with the “golden age of capitalism“.

Those who argue that there is no return to that policy era fail to understand the fundamental contribution Keynes and his analysis made to economic policy. The guiding principle is simple and applies to all market economies — private sector instability requires public sector stabilization policies. That principle does not provide the solution to the ills of market economies, but it represents the basis upon which market economies flourish.

Roger Steer – COVID: What are we waiting for?

No one seems to understand that Brexit was not about a conflict of systems, but a conflict of elites. As we see with COVID responses of the UK and the EU, there are still no […]

Jens Berger, editor of the popular progressive German Website “NachDenkSeiten“, has just published an eye-opening book on the power of the three asset management giants BlackRock, Vanguard and State Street (in German). Norbert Häring was […]

Rick Rowden- If the Washington Consensus was really over, what would that look like for development strategy?