Spain’s political class, as in the rest of the EU, has no plan B and is just doing what it has always done because maybe it was not successful, but it kept them in power. And the rest of us? 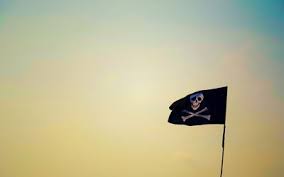 I strongly disagree. The European recovery fund is a fully-fledged patchwork, negotiated by professional pirates. Its economic impact is going to be very limited, once an inventory is made of the damage caused by covid-19. I’m extremely annoyed to hear the arguments of the Dutch prime minister who, like those teachers who lack vocation, tries to discipline and give homework to ‘the pupils of the South’, when he himself has not prepared the classes he is supposed to give. What arrogance! I’m sorry, but the Dutch are neither austere nor frugal. Their private debt, that of families and companies, is twice as high as ours, which is the prelude to a future recession of private balance sheets in the country of tulips and the subsequent bankruptcy of its banking system. Like good pirates, moreover, with every euro of tax paid by the multinationals in the Netherlands, the rest lose five. This is what can only be termed as an axis of tax evasion.

Let’s examine this one step at a time. The net fiscal effect throughout the Eurozone of the recovery fund, as designed, will be no more than 1% of GDP per year for three years; in our country it is close to 3%. But we have not been told the whole truth: the obligation, as Yanis Varoufakis reminds us, to balance government budgets in the future, that infamous Fiscal Pact. According to the European Commission’s optimistic scenario, the average government budget deficit in the euro area in 2020 will be -8% of its GDP. Of this, next year, the incipient recovery will eliminate, at best, 4% of GDP, leaving the Eurozone, on average, with a budget deficit of -4% in 2021.

Moreover, as this is an average, some countries (Spain, Italy and Greece) face in 2021 a state budget deficit of more than -8% (below -15% in 2020). This means that, in order to return to balanced budgets, on average, fiscal austerity of about 4% of the aggregate GDP will be imposed in the euro area. In the case of Spain, the 3% annual fiscal impulse from the Recovery Fund would be counterbalanced by a wave of fiscal austerity well above 4%. If that were the case, as Spain began to recover from the disastrous effects of the pandemic, Brussels would literally be strangling us. So the problem is actually a differentone: we must abandon unnecessary and suicidal fiscal austerity, period.

The pettiness of Europe’s elites

The exogenous recession resulting from covid-19 is exposing the miserly behaviour of the European elites and nations. We already know, or should know, that the European Monetary Union (EMU) is a flawed system from its origins. Previous reports (Werner, 1970; MacDougall, 1977) warning of the need for a federal fiscal authority and the dangers of leaving everything in the hands of a Central Bank, as a non-constituent part of government, and of establishing, in this context, fixed exchange rates between member states, were ignored. From these lines I have contributed various academic studies demonstrating point by point a basic idea: Southern Europe has been financing Northern and Central Europe since the birth of the Euro. Merkel knows this, understands it, and is putting herself is politely ignoring it. The meanest thing is that the others who took advantage of it, wrongly called frugal countries, are demonstrating not only a principle of moral superiority, with racist overtones, but also a feature intrinsic to their history, rapine and piracy. The European response to the Covid-19 is nothing, the total absence of direct stimuli, card games and tricks. They talk about solidarity, but the reality is the opposite.

But not content with these foreign figures, we also have our own, domestic pirates, the “tin patriots”. It is not only the politicians of the moment, despairingly unaffordable , guided by an excessive desire for power, who did not even win the election and are a minority government, being tolerated by the other parties, right and left, for a lack of an alternative. Thus our prime minister Sánchez can be sleep peacefully at the Moncloa with his current policy. I am also referring to journalists and economists attached to certain think tanks, who are persistently offering us their grotesque recipes: structural reforms, wage devaluation, and future fiscal austerity. What an unpatriotic and socially destructive cocktail they are preparing for us! Both must aspire to a personal prize that must apparently compensate them for betraying their fellow citizens.

Recently I was reading and listening to some of these economists, who are members of a certain think tank, singing the tune that we must take advantage of the disaster of the Covid-19 to carry out an in-depth labour reform. You know what that implies; and another reform of the pension system, you also know in what sense. Do they really intend to continue with their particular programme of sadism after the one they already carried through? Stunned, I kept listening and reading their battery of arguments when they played their trump card: a runaway public debt. But haven’t these “candid souls” yet realised that the stock of the national public debt was and is the logical consequence of a deep recession in private balance sheets? Have they not learned that those who finance them, their bosses, at the time were granted loans left and right in order to mount the biggest financial bubble in history? Have they not learned that the rescue of the entire national banking system was at the expense of the taxpayers? These think tanks saw nothing, they foresaw nothing, and they are not going to foresee the collapse of the European banking system that is approaching us if in the end their recipes prevail. Take a look at the capital requirements that the various financial institutions, individually and grouped together by country, would need if things turned out badly, as estimated by the ‘Center of Risk Mangement at Lausanne’. This is a scary story, isn’t it?

But the most amazing thing is when these economists talk about the need to increase our competitiveness. They confuse competitiveness with productivity. They ignore the counter-cyclical nature of the latter, and its relationship with a rentier, labour-intensive production system. But the reality is that since 1994, Spanish exports have been growing at a vigorous pace, in different phases, supported by different factors, both in intensive and extensive margins.

To top it all off, these same economists are displaying a frantic hysteria about deficits and the stock of public debt. What an irony when market forces led us into the biggest recession since the Great Depression and they, the naïve souls, didn’t even know it was coming and they were responsible! In their current hysteria, they propose to cut spending and raise taxes. What a troop! They haven’t even calculated the impacts that this would have on the other sectoral balance sheets of the economy, the private sector and the foreign sector. However, if the deficits and the increase in public debt are caused by the EU’s automatic fiscal stabilizers and not by discretionary spending, the attempts to reduce deficits by these public deficit hysterics would be called into question.

The reality is that both in the Great Recession and in the covid-19 period through counter-cyclical spending and pro-cyclical taxes, the public sector budget acts as a powerful automatic fiscal stabilizer, so during the recession deficits increase sharply. Otherwise we would end up in a Great Depression. That is why the best domestic policy is to seek full employment and price stability, not to pursue arbitrary public deficits or debt ceilings. Exactly those policies that all these economists abandoned, believing themselves to be false and spurious economic theories. For all these reasons, we must now change the economic paradigm and put these pirates out of business.

Evidence shows pharmaceutical companies won’t stop price-gouging and risking American lives for financial gain in this time of crises – unless we force them. Lynn Parramore is Senior Research Analyst at the Institute for New […]

This report is horrific reading. Neo-liberalsim is obviously alive and well in Britain. The Equality and Human Rights Commissioniae an independent statutory body with the responsibility to encourage equality and diversity, eliminate unlawful discrimination, and […]