The poor state of the Western economies is our fault. Repeatedly one reads and hears that secular stagnation is the result of a savings glut – we are not spending enough, although priivate debt has reached dangerous levels in many nations. Lars P. Syll rubbishes this claim, pointing out that the way out of financial stagnation is fiscal policy: state investment in its people,  infrasturcture, institutions, and environment. This can be balanced by a return to progressive taxation (making the rich pay their taxes).

What are the causes of secular stagnation? What are the solutions to revive growth and get the U.S. economy out of the doldrums? … 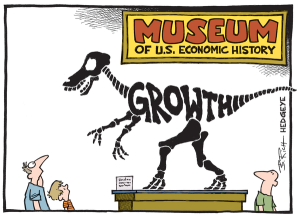 One headline conclusion stands out: the secular stagnation is caused by a heavy overdose of savings … All these savings end up as deposits, or ‘loanable funds’ (LF), in commercial banks … The glut in savings supply is so large that banks cannot get rid of all the loanable funds even when they offer firms free loans—that is, even after they reduce the interest rate to zero, firms are not willing to borrow more in order to invest. The result is inadequate investment and a shortage of aggregate demand in the short run, which lead to long-term stagnation as long as the savings-investment imbalance persists …

This is clearly a depressing conclusion, but it is also wrong …

Ever since Knut Wicksell’s (1898) restatement of the doctrine, the loanable funds approach has exerted a surprisingly strong influence upon some of the best minds in the profession …

Due to our inability to free ourselves from the discredited loanable funds doctrine, we have lost the forest for the trees. We cannot see that the solution to the real problem underlying secular stagnation (a structural shortage of aggregate demand) is by no means difficult: use fiscal policy—a package of spending on infrastructure, green energy systems, public transportation and public services, and progressive income taxation—and raise (median) wages. The stagnation will soon be over, relegating all the scholastic talk about the ZLB to the dustbin of a Christmas past. 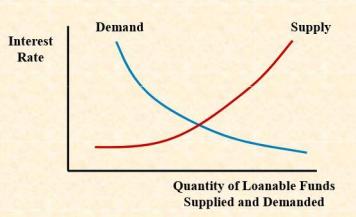 It is difficult not to agree with Servaas here. The loanable funds theory is in many regards nothing but an approach where the ruling rate of interest in society is — pure and simple — conceived as nothing else than the price of loans or credits set by banks and determined by supply and demand — as Bertil Ohlin put it — “in the same way as the price of eggs and strawberries on a village market.”

It’s a beautiful fairy tale, but the problem is that banks are not barter institutions that transfer pre-existing loanable funds from depositors to borrowers. Why? Because, in the real world, there simply are no pre-existing loanable funds. Banks create new funds — credit — only if someone has previously got into debt! Banks are monetary institutions, not barter vehicles.

In the traditional loanable funds theory — as presented in mainstream macroeconomics textbooks — the amount of loans and credit available for financing investment is constrained by how much saving is available. Saving is the supply of loanable funds, investment is the demand for loanable funds and assumed to be negatively related to the interest rate. Lowering households’ consumption means increasing savings that via a lower interest.

That view has been shown to have very little to do with reality. It’s nothing but an otherworldly neoclassical fantasy. But there are many other problems as well with the standard presentation and formalization of the loanable funds theory:

1 As already noticed by James Meade decades ago, the causal story told to explicate the accounting identities used gives the picture of “a dog called saving wagged its tail labelled investment.” In Keynes’s view — and later over and over again confirmed by empirical research — it’s not so much the interest rate at which firms can borrow that causally determines the amount of investment undertaken, but rather their internal funds, profit expectations and capacity utilization.

2 As is typical of most mainstream macroeconomic formalizations and models, there is pretty little mention of real-world phenomena, like e. g. real money, credit rationing and the existence of multiple interest rates, in the loanable funds theory. Loanable funds theory essentially reduces modern monetary economies to something akin to barter systems — something they definitely are not. As emphasized especially by Minsky, to understand and explain how much investment/loaning/crediting is going on in an economy, it’s much more important to focus on the working of financial markets than staring at accounting identities like S = Y – C – G. The problems we meet on modern markets today have more to do with inadequate financial institutions than with the size of loanable-funds-savings.

3 The loanable funds theory in the ‘New Keynesian’ approach means that the interest rate is endogenized by assuming that Central Banks can (try to) adjust it in response to an eventual output gap. This, of course, is essentially nothing but an assumption of Walras’ law being valid and applicable, and that a fortiori the attainment of equilibrium is secured by the Central Banks’ interest rate adjustments. From a realist Keynes-Minsky point of view this can’t be considered anything else than a belief resting on nothing but sheer hope. [Not to mention that more and more Central Banks actually choose not to follow Taylor-like policy rules.] The age-old belief that Central Banks control the money supply has more an more come to be questioned and replaced by an ‘endogenous’ money view, and I think the same will happen to the view that Central Banks determine “the” rate of interest.

4 A further problem in the traditional loanable funds theory is that it assumes that saving and investment can be treated as independent entities. To Keynes this was seriously wrong: 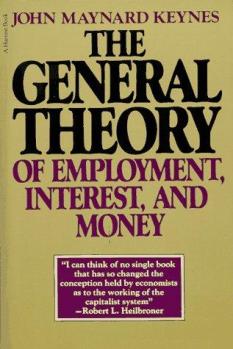 The classical theory of the rate of interest [the loanable funds theory] seems to suppose that, if the demand curve for capital shifts or if the curve relating the rate of interest to the amounts saved out of a given income shifts or if both these curves shift, the new rate of interest will be given by the point of intersection of the new positions of the two curves. But this is a nonsense theory. For the assumption that income is constant is inconsistent with the assumption that these two curves can shift independently of one another. If either of them shifts​, then, in general, income will change; with the result that the whole schematism based on the assumption of a given income breaks down … In truth, the classical theory has not been alive to the relevance of changes in the level of income or to the possibility of the level of income being actually a function of the rate of the investment.

There are always (at least) two parts in an economic transaction. Savers and investors have different liquidity preferences and face different choices — and their interactions usually only take place intermediated by financial institutions. This, importantly, also means that there is no ‘direct and immediate’ automatic interest mechanism at work in modern monetary economies. What this ultimately boils done to is — iter — that what happens at the microeconomic level — both in and out of equilibrium —  is not always compatible with the macroeconomic outcome. The fallacy of composition (the ‘atomistic fallacy’ of Keynes) has many faces — loanable funds is one of them.

What is ‘forgotten’ in the loanable funds theory, is the insight that finance — in all its different shapes — has its own dimension, and if taken seriously, its effect on an analysis must modify the whole theoretical system and not just be added as an unsystematic appendage. Finance is fundamental to our understanding of modern economies, and acting like the baker’s apprentice who, having forgotten to add yeast to the dough, throws it into the oven afterwards, simply isn’t enough.

It should be emphasized that the equality between savings and investment … will be valid under all circumstances. 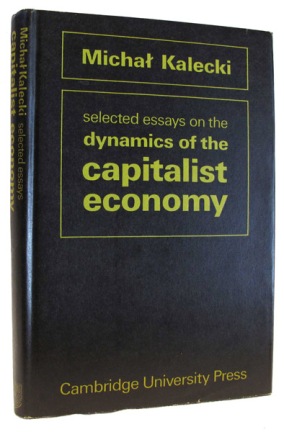 In particular, it will be independent of the level of the rate of interest which was customarily considered in economic theory to be the factor equilibrating the demand for and supply of new capital. In the present conception investment, once carried out, automatically provides the savings necessary to finance it. Indeed, in our simplified model, profits in a given period are the direct outcome of capitalists’ consumption and investment in that period. If investment increases by a certain amount, savings out of profits are pro tanto higher …

One important consequence of the above is that the rate of interest cannot be determined by the demand for and supply of new capital because investment ‘finances itself.’

So, yes, the ‘secular stagnation’ will be over, as soon as we free ourselves from the loanable funds theory and “scholastic talk about ZLB” and start using good old Keynesian fiscal policies.

This is how many of developed nations are plundering the poorer countries Patrick Cockburn is the author of War in the Age of Trump (Verso) Cross-posted from Counterpunch Photograph Source: DFID – UK Department for International […]

We have been posting a number of articles regarding Modern Monetary Theory. Here Richard Murphy, one of the world’s leading tax experts, explains how it works, and the advantages. Richard Murphy is Professor of Practice in […]

Every Christmas all our thoughts are with the political prisoners throughout the world. Toni Strubell  is a former MP in the Catalan Parliament, journalist, and author of What Catalans Want Carme and Dolors are the […]