In a recent episode of Macro N Cheese, Steve spoke with a guest about the MMT view of exports as a benefit and imports as a cost. There ensued some disagreement on social media (where else?) This week Steve invited Bill Mitchell to weigh in on the topic. As their discussion develops, this becomes an episode we’d recommend to anyone who is still unclear on the meaning and consequences of foreign trade deficits.

“Exports have to be a cost because you’re foregoing real resources that you could use yourself. And imports have to be a benefit because you’re getting real resources from other countries that you didn’t previously have which allow you to expand your consumption possibilities. The question then is: does that mean that exports are bad and imports are good? Well, not really. That’s where people get tripped up.” (Mitchell) 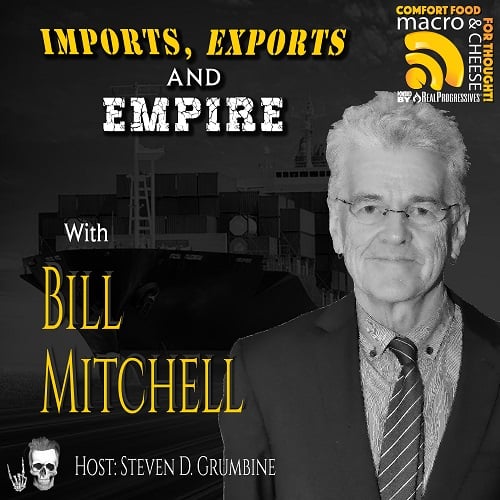 Steve Keen, Phil Dobbie – Not all contrarians are the same

There are a lot of people questioning the direction of conventional economics, yet, even after the biggest spending splurges ever made by governments outside wartime, there is still a lot of talk about fiscal conservatism, […]

Dean Baker – Copyrights and Patents and IP, Oh My!

Dean Baker breaks down why our intellectual property system is in desperate need of reform. Watch Here

I cover “the usual” in my talk itself: the empirical data that screams that credit plays an essential role in macroeconomics, the a priori reasons that mainstream economists ignore it, why this is logically wrong […]