All solutions to climate change will not be on the personal level, but changing the economic system that dictates consumer behaviour

Cross-posted from the Transnational Institute 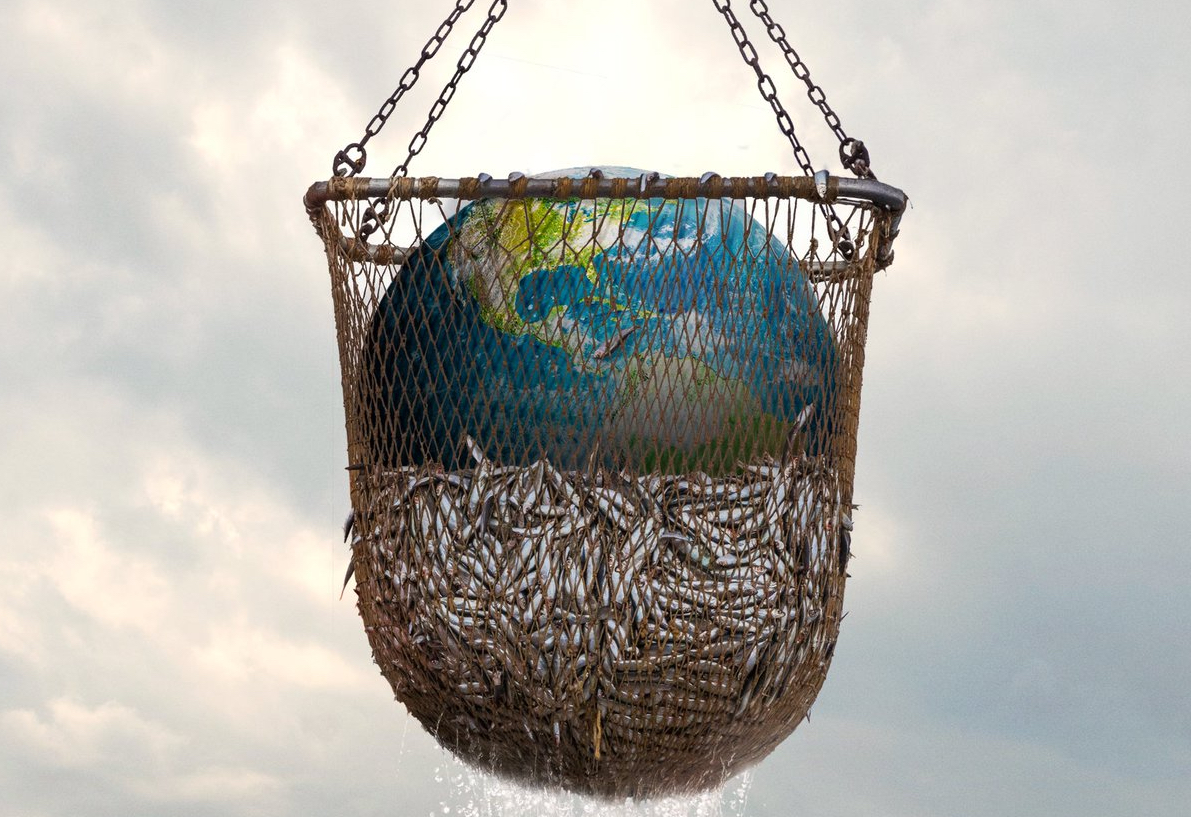 Seaspiracy is the latest Netflix documentary to, ehm, make waves. The short film barged into the Netflix top ten in dozens of countries, igniting debate around fishing and oceans. Sylvia Earle, a famed ocean conservationist, characterizes the film as a discussion of “large scale fishing”. More accurately, it explores the environmental and social implications of capital-intensive aquaculture and fisheries. However, push-back from some of the film’s interviewees has already been significant. Important criticism has also come from renowned fisheries scholars such as Daniel Pauly1 for the film’s questionable scientific basis. Still, Seaspiracy has managed to place the changing role of oceans and ocean resources in our contemporary society in the spotlight.

But for just this reason, it’s important to flag three crucial problems with the film that haven’t received enough attention. Seaspiracy vividly describes the speed and scale of extraction of natural resources from the oceans, but fails to investigate the underlying economic power and interests of specific actors in maintaining or even deepening the problems. Its limited analysis leads it to a limited conclusion: change consumer behaviour, change the world. But if we want to transform our relationship to the oceans and ocean resources, we need to confront and challenge theses powers – and that means political actions that go well beyond changing consumer patterns.

Paul Watson, founder of the conservation group Sea Shepherd, says in the film “there is no such thing as sustainable fisheries”. The film riffs on this point over and over – the practice of fishing in its entirety is deemed destructive. But not all fishing activities are the same. Smaller-scale labour-intensive fisheries are clearly different from factory-style capital-intensive fisheries dominated by a handful of transnational corporations. This lack of distinction has already been roundly criticized by small-scale fishers.2 Seaspiracy briefly mentions the now-starving fishing villages in Senegal, so it’s not like this completely escaped their attention.Small-scale fisheries can be a source of fresh fish caught with fishing methods involving no or very little bycatch. They can leave little impact on the climate, as it’s less fossil-fuel intensive, and they can ensure local jobs and strengthen local economies.3

This, of course, stands in stark contrast to the capital-intensive fishing (and aquaculture) discussed in the documentary. What do we mean by capital? The process through which money is invested to earn more money, for instance by buying labour-power, tools, fishing equipment, vessels, etc. – irrespective of the social or environmental implications. Although capital-intensive fishing has a long history4, this type of fishery has expanded considerably in recent decades. The sector is increasingly dominated by a handful of actors, wiping out the smaller-scale practices. For these actors, fishing is big business: “four of the largest multinational corporations involved predominantly in the canned tuna industry alone averaged annually USD 366.5 million between 2006-2016.”5

From Turkey to Indonesia and across the world, small-scale fishers are mobilizing and organizing in order to survive in this cut-throat environment. Rather than dismissing fisheries in its entirety – and with it the many millions of people that currently rely on it for their lives and livelihoods – we should be discussing what type of fisheries should not only survive, but thrive.

There can be no doubt that the methods employed in capital-intensive fishing have massive negative impacts on life in the ocean and for our climate, especially at the scale of super trawlers, some of which measure 80-120 meters long and are capable of capturing 200 tons of fish in one night – equivalent to the total amount that passes through the fish auction in France’s largest fishing harbour.6 As Seaspiracy shows, there are also very real and alarming cases of exploitation of migrant workers, and slave labour, not only on Asian trawlers, but also in Europe,7 which urgently need to be exposed and brought to a halt.8 As if that wasn’t enough though, really addressing the crisis facing the oceans is about confronting much more than “just” capital-intensive fishing.

Despite the considerable economic power and interests involved in capital-intensive fisheries, within the larger so-called “ocean economy”, the fisheries sector is actually a fairly marginal force, and increasingly so. According to the OECD, the shipping, offshore oil and gas extraction, port activities, maritime and coastal tourism industries all constitute much more powerful forces in shaping our relationship with the oceans and ocean resources. And in the midst of the current climate, energy and oceanic crises, transnational corporations in these sectors are positioning themselves as providers of ‘solutions’ to these converging crises. Especially in the past decade, as the OECD puts it, “for many, the ocean is the new economic frontier. It holds the promise of immense resource wealth and great potential for boosting economic growth, employment and innovation.”9 The “many” in this case are the transnational corporations that are already active in these different sectors. In a recent analysis of the 100 largest transnational corporations in the ocean economy, Mitsubishi Corporation, which is villified in Seaspiracy is only positioned in 79th place.10 Nine of the top ten companies are in offshore oil and gas (and A.P. Møller-Maersk, although categorized under shipping, arguably straddles the two).

It’s no surprise then that these corporations – along with those in emerging industries such as offshore wind and incipient ones such as deep-sea mining – are all jostling to get their share of the oceans. They are literally competing over space and resources in what is evocatively promoted as “blue growth” in this so-called new economic frontier.11 Activities in each of these sectors come with their own social and environmental implications – none of which are marginal and should be the subject of just as much debate as that currently raging over the fisheries industry. But as yet discussion of these questions has been limited to exclusive gatherings such as the Our Ocean Conferences or the World Ocean Summits, where CEOs gather with heads of state and many of the Environmental NGOs (yes, including those criticized in Seaspiracy for their silence on the fishing industry) to deliberate on control and use of 70% of our planet. These gatherings bypass existing democratic UN-processes (well, at least democratic in theory) and their exclusive nature has been criticized by fisher movements and their allies.12

Finally, the documentary sounds the alarm about widespread pollution in the oceans. Indeed this point is fundamental, however narrowly construed by taking such sharp aim at the fishing sector. First, the failure to actually interview fishers – especially small-scale and artisanal ones – logically means the film fails to acknowledge existing efforts by fishers and scientists to minimize and recycle plastics, and to develop biodegradable nets and gear to curb the accumulation of plastics in the ocean. Second, the fishing nets that get lost at sea are no doubt a concern, but this framing of ocean pollution as primarily plastic again misses the big picture. In reality if we zoom out to examine the entire blue (and green) economy we find a whole host of other concerns: run off from industrial agriculture and livestock production13 and other chemicals that leach into waterways from industrial production and extractive industries14, oil spills, greenhouse gas emissions from shipping, and noise pollution that cargo ships, off-shore mining and construction generate, all with significant impacts on fish populations.15 These realities point to a need to do less criminalizing of some monolithic notion of “commercial fishers” and much more nuanced critical analysis and resistance to policy frameworks and the models of production on land and at sea that generate profits at the expense of the natural environment.

The problem of riders having no space to wash and use the toilet affects women in particular, and has been raised with the digital platform companies but with little to no action taken The Gig […]

Pierre Georges Van Wolleghem, Hakan G. Sicakkan – Why do recognition rates for asylum seekers differ so dramatically across the EU?

Asylum seekers are handled with wide differences, country by country, depending largely on the competence of the government concerned. Pierre Georges Van Wolleghem is a Postdoctoral Fellow and Hakan G. Sicakkan is a Professor, both […]