There is a sinister co-ordination between far-right groups across Europe, even globally, which makes them more dangerous than they might appear.

Mary Fitzgerald is editor-in-chief of openDemocracy 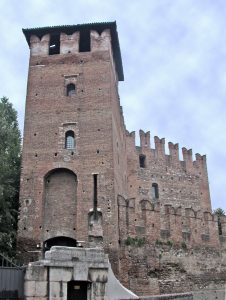 The Bible, borders and Brexit” will “make Europe great again”, declared Ed Martin to roaring applause. The Republican pundit who co-wrote ‘The Conservative Case for Trump’ was speaking at a global gathering of religious conservatives in Verona this March. Italy’s deputy prime minister, Matteo Salvini, was a headline speaker.

Verona, Italy’s ancient ‘city of love’, is emblematic of how Europe is changing. It is now a stronghold for Salvini’s Lega party which, together with right-wing populists across the continent, is challenging the laws and social norms that have defined European life for decades.

Even discounting Farage’s Brexit Party, anti-EU populists are expected to win a record number of seats in this week’s elections to the European parliament in Brussels. There’s been feverish speculation about how attempted Russian interference will skew the results. Pollsters predict the far right could redraw the political map of Europe. But what does actually mean?

This misses the point. Far less attention has been paid to the extent to which these European groups rely on each other – and often on American, as well as Russian, assistance. Together, they are seeking to redefine individual rights and freedoms in ways that will affect a majority of people in every European country.

There are obvious common policy priorities: many of Europe’s populists rail against Brussels ‘elites’ and say they want to repatriate a range of legislative powers, and they have common cause on migration, too. The difference between President Trump and Hungarian Prime Minister Viktor Orbán is that Orbán actually built a wall – explicitly, as he put it, to “keep out the Muslim invaders”.

But there are also deeper alignments, often around an overtly conservative religious worldview. Many far-right leaders talk openly about defending or taking back ‘Christian Europe’. Orbán put it in his party’s European elections manifesto. He and other far-right leaders frequently attack concepts such as “gender ideology”: a not-so coded pushback against hard-won women’s and LGBTQI rights. The far-right Vox party in Spain has vowed to roll back laws against gender-based violence, and Poland’s Law and Justice Party has pushed limits on contraception and abortion.

Implicit, often explicit, is the premise that women, LGBTQI, people of colour and migrants should not have equal protection under the law. (‘Protection’ instead means something quite different – like the Lega’s proposed policy of chemical castration for rapists.) To roaring applause in Verona this year, Salvini denounced Europe’s crisis of “empty cribs”, mocked feminists as “interesting for anthropologists to study” and pledged that “the ‘theory of gender’ is something I will fight until it changes”.

It’s a strategy which seeks to shift power away from individuals who have universal rights, and onto powerful institutions: churches, patriarchal family structures, the police and ‘strong leaders’.

This isn’t surprising when you track where a lot of their financial support comes from. There’s a lot of focus on Russian interference; less on the increasing influence of American religious conservative groups, some with links to the Trump administration and his former adviser, Steve Bannon. A recent investigation by openDemocracy found that America’s religious right spent at least $50 million on “dark money”-funded campaigns and advocacy in Europe over the past decade. (In context, the total spend on the 2014 European elections by all of  Ireland’s political parties combined was just $3m).

Notably, some religious campaigners and their far-right allies now appropriate European ‘secular’ language to make their case: of science or bioethics to advocate against ‘gay propaganda’ in schools; of ‘freedom of speech’ to refuse business to same-sex couples; of ‘men’s rights’ to roll back on domestic abuse protections.

These efforts are far more connected than they first seem. Another openDemocracy investigation last month revealed how a right-wing Madrid-based campaign group, backed by both American and Russian ultraconservatives, has been acting as a ‘Super-PAC’ across the continent, working to drive European voters to the far right.

European lawmakers fear that Trump-linked conservatives are working with allies on this side of the pond to import an American model of political financing, opening up the door not only to “extraordinary coordination” between different far right groups, but to large amounts of ‘dark money’ flowing unchecked into elections and referenda. Former Democratic senator Russ Feingold, who worked alongside Republican senator John McCain for reform of electoral finance in the US, has warned that “Europe has an opportunity to get ahead of this and not make the same mistakes that were made here in the United States.”

There are many underlying contradictions in the demands of Europe’s far right and their religious conservative allies. The ‘religious freedom’ they push for is, of course, highly selective: religions other than Christianity are not part of the plan for ‘Christian Europe’. Second, the punitive laws they champion to stem the flow of migrants haven’t worked – people are still dying at sea – and are having consequences which could, in time, affect their popularity. Hundreds of EU citizens, including priests, elderly women and firefighters, have been arrested or charged in recent years for basic acts of kindness, such as offering food, shelter or transport to refugees.

For now, there are “winds of change across Europe that secular liberals could never have imagined”, as Conservative YouTube star Steve Turley put it to the ultraconservative Verona summit in March. But there are signs of a pushback, too. For the first time in the history of the annual event, the crowds protesting outside were far larger than the audience inside. Over 30,000 people from across Europe, even Argentina, made the journey. Speaking afterwards, an Italian feminist activist said: we feel “stronger” and “more united”. “We are worried”, she added, “but not scared”.

It is always ood to leave the economic anaylses of Greece and austerity (see today´s article by Sergio Cesaratto) and to see what the situation on the ground looks like. Haris Malamidis and Kostis Roussos […]

Environmental organisations have hailed a court decision that could mean the end of a little-known legal mechanism that poses a massive threat to climate action. We are a team of over 200 people across eight […]