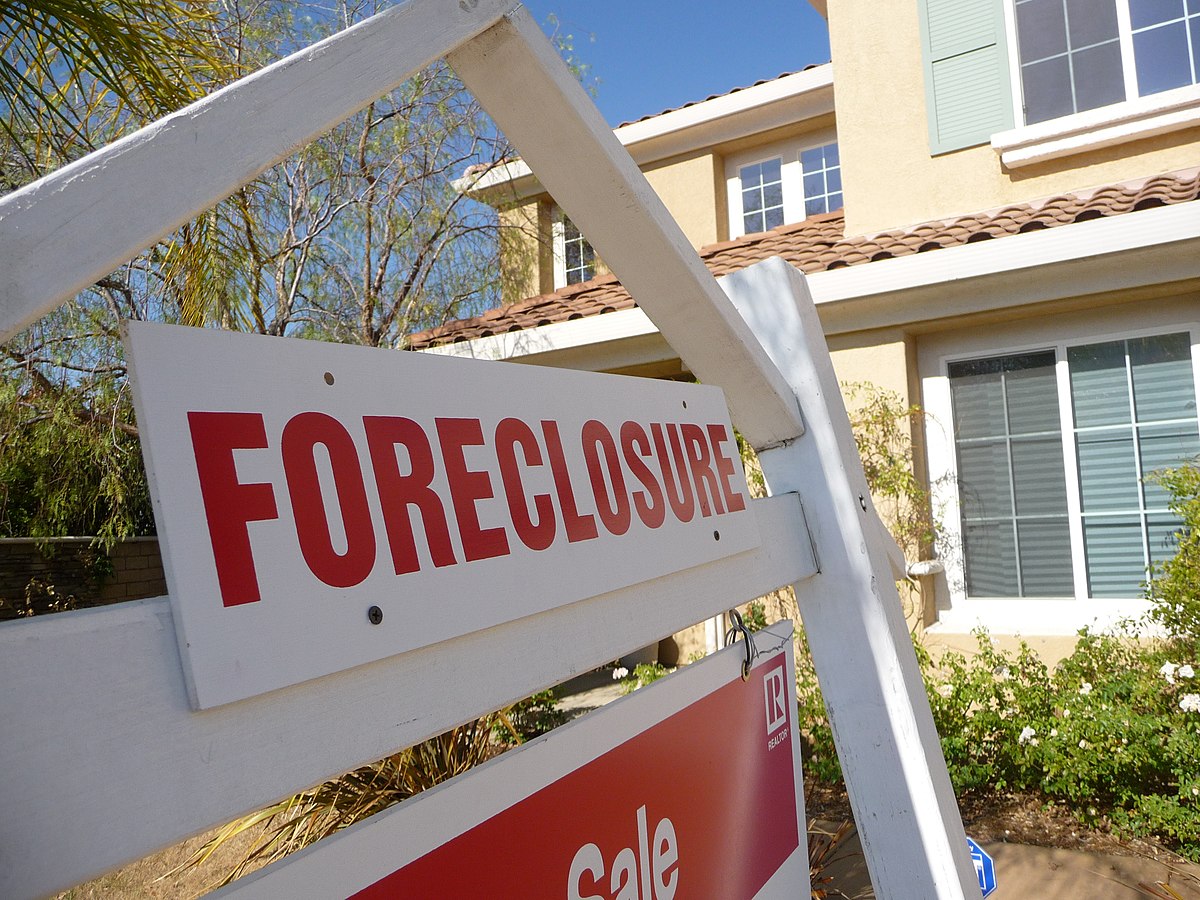 Major stock markets are hovering near all-time highs and commodity prices (food and materials) are rocketing.  At the other end of the scale, short-term interest rates are near or below zero, and even long-term government and corporate bonds are at record prices (record low yields).

All this is driven by huge injections of money created by central banks to buy bonds and allow corporations and investment institutions to borrow at very low ‘margin’ rates to speculate in stocks, bonds, property and crypto-currencies; and also enable so-called ‘private equity’ firms and hedge funds to raise funds to buy up companies to ‘asset-strip’ and then sell on – merger and acquisition deals are at record levels.  A staggering $1.2 trillion in mergers and acquisitions transactions announced and pending or completed so far in 2021 have involved a private equity party.

Liberal left economist JK Galbraith back in the 1950s, when referring to the ‘roaring twenties’ , called the results of speculation, ‘bezzle’.  Coming from the word ‘embezzlement’ Galbraith defined ‘bezzle’; as “a temporary gap between the perceived value of a portfolio of assets and its long-term economic value. “

Michael Pettis, the China-based Keynesian economist and co-author of the prize-winning book, Trade Wars and Class wars, latched onto Galbraith’s term to describe the current COVID pandemic financial boom.  Pettis links Galbraith’s definition of bezzle in these speculative financial booms to the work of Hyman Minsky, the semi-socialist post-Keynesian economist of the 1980s, who argued that financial markets can create (temporary) impressions of false wealth very similar to those of Ponzi schemes (where one investor is paid back with the money from a new investor).

Minsky explained, “over periods of prolonged prosperity, the economy transits from financial relations that make for a stable system to financial relations that make for an unstable system.” Pettis adds: “because the bezzle is, by definition, temporary (though it may last for a few years or even a decade or two), at some point the bezzle will be eliminated, and its elimination will reverse the earlier boost to the economy. When that happens, what appeared to be a virtuous cycle becomes a vicious cycle.”  But what is odd about Pettis’ account of ‘bezzle’ is that nowhere does he mention the work of Marx on credit and financial crashes – indeed everything Minsky and Galbraith have offered was developed by Marx before them.

On the question of speculation and criminality, Marx wrote in Capital, “The two characteristics immanent in the credit system are, on the one hand, to develop the incentive of capitalist production, from enrichment through exploitation of the labour of others, to the purest and most colossal form of gambling and swindling.”  On the question of the speculative boom turning into financial crash, again, Marx was ahead. “In every stock-jobbing swindle everyone knows that some time or other the crash must come, but everyone hopes that it may fall on the head of his neighbour, after he himself has caught the shower of gold (ie money – MR) and placed it in safety.”

Galbraith says that the speculator comes to believe that the money made from buying and selling stocks, bonds and derivatives is real and requires no reference to the creation of value by productive labour.  Again, Marx had already shown this: “All standards of measurement, all excuses more or less still justified under capitalist production, disappear.” Marx, however, provides a much clearer analysis than ‘bezzle’ by referring to what he called ‘fictitious capital’.

Fictitious capitals are “titles of ownership…. to real capital.  They ..merely convey legal claims to a portion of the surplus-value to be produced by it. They “become paper duplicates of the real capital”.  The “gain and loss through fluctuations in the price of these titles of ownership, … become, by their very nature, more and more a matter of gamble, which appears to take the place of labour as the original method of acquiring capital wealth and also replaces naked force. This type of imaginary money wealth constitutes a very considerable part of the money wealth of private people.” Marx summed up the rise of the financial sector and its role in modern capitalism over 150 years ago as “a new financial aristocracy, a new variety of parasites in the shape of promoters, speculators and simply nominal directors; a whole system of swindling and cheating by means of corporation promotion, stock issuance, and stock speculation.”  Bezzle, if you like.

As Pettis puts it: “the bezzle represents recorded or perceived wealth that does not exist as real wealth (productive capacity), and as such it boosts collective recorded wealth above real economic wealth.”  Just insert fictitious capital for bezzle here.  Pettis argues that the credit (debt) created to speculate will eventually lead to “higher levels of investment than can be economically justified and encourages more spending than households and businesses can really afford. In this way, a period of rapid growth can become a speculative boom.”  At a certain point, “the opposite happens: instead of artificially boosting growth when it is already high; amortization depresses growth through forced debt repayment and negative wealth effects just as it is already slowing.”  So credit can lead to over-investment not only in financial assets but also in productive sectors and the consequent slump can increase the loss in the value of productive capital.

But what turns a bezzle boom into a debt disaster?  Pettis hints that it depends on the returns from productive investment.  Pettis then cites John Mills (sic) who wrote more than 150 years ago that “panics do not destroy capital; they merely reveal the extent to which it has been previously destroyed by its betrayal into hopelessly unproductive works.” These are perceptive points about financial speculation and its eventual demise: from leverage of debt to deleveraging; from boom to crash, brought down by investment in ‘unproductive sectors’.  As Marx put it: “since property here exists in the form of stock, its movement and transfer become purely a result of gambling on the stock exchange, where the little fish are swallowed by the sharks and the lambs by the stock-exchange wolves.”

But what causes money to be increasingly invested ‘unproductively’?  Galbraith, Minsky, Mills and Pettis have no answer to this question.  As Galbraith admits: “Economies at times systematically create bezzle, unleashing substantial economic consequences that economists have rarely understood or discussed.”  It just happens – or as Minsky puts it: stability turns into instability.

In contrast, Marx offers an answer based of the law of the tendency of the rate of profit to fall.  Falling average profitability leads eventually to a slowing in the growth of total profits from value-producing capital, which even a switch into speculative sectors cannot reverse indefinitely.  Eventually overall profits can fall absolutely.  Marx called this point an ‘absolute over-accumulation of capital’.  A slump in investment, production and financial asset prices then ensues. Credit is necessary in a capitalist economy to extend economic growth and productive investment, but it cannot sustain that expansion because that is dependent on the creation of real value, not fiction.  If new value does not grow to match more credit, credit will turn into unpayable debt.

Financial crashes occur in sectors or even across the board, but they are not always accompanied by a collapse in investment and production ie a slump.  But a slump in production always engenders a financial crash as credit drains away and debt defaults emerge.  This suggests that what is going on in the ‘real economy’ is what decides a financial crash, not vice versa. Indeed, that’s the evidence from the post-war slumps in the US, as G Carchedi has shown (see graph below): when profits in productive sectors fall, so do financial (fictitious) profits.

Capitalism is littered with bezzles in booms, but when the boom ends, those bezzles stop.

The migration crisis that began in 2015 has had a major impact on countries in South Eastern Europe. Outlining findings and recommendations from a new project, Amanda Russell Beattie, Gemma Bird, Jelena Obradovic-Wochnik and Patrycja […]