The US economy is moving into recession because profitability is falling and productive investment is stagnating. 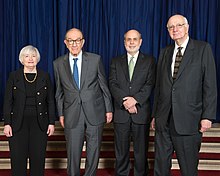 The latest US GDP figures for second quarter of 2022 renewed the debate about whether the US economy was in a recession or not.  Real GDP contracted in the second quarter of this year by a 0.9% annualised rate (or by 0.2% quarter over quarter). That meant the US economy had contracted for two successive quarters, and so ‘technically’ (by that definition) was in a recession.  Real GDP is now up only 1.6% from Q2 2021.  And business investment is slowing, up only 3.5% from this time last year, the slowest rate since the end of the COVID slump in 2020.

But calling the US economy in ‘recession’ was denied by the powers that be, like President Biden, Fed chief Jay Powell and many mainstream economists who point out that unemployment is still near all-time lows and consumer spending is strong. Moreover, it is likely that this first estimate of GDP will be revised up – it usually is.  Also, if you strip out the build-up of stocks and government spending from the GDP figures, then ‘core’ GDP did not fall in Q2.  The best measure of this ‘core’ is the value of sales (after inflation) made to Americans ie real final sales to private domestic purchasers.  On this measure, GDP was flat in Q2, while being still up 1.7% compared to Q2 2021.

But even on this measure, the US economy is heading towards a recession, if not yet quite there now.  But what about unemployment? is the response.  That’s near all-time lows.  But unemployment is a lagging indicator for the health of an economy.  People start losing jobs only when employers stop hiring and start sacking and they don’t do that until they are sure that sales are dropping off, profits are no longer rising sufficiently or not at all; and then they cut back on investment in new factories, equipment etc.  At the moment, the US employment data show only the beginnings of a weakening situation.

The initial jobless claims (the number of people claiming benefits because they are out of work) are now on a steady rise.

And the number of new jobs available (called JOLTS) have peaked.

So what are the leading indicators of a recession: in the Marxist view, it’s profits and investment.  After reaching all-time highs, profit margins have begun to fall.

The powers that be say that you cannot call a recession unless the ‘wise men’ of the National Bureau of Economic Research (NBER) do so and they have not yet.  For some unfathomable reason, the NBER economists have become the arbiters of an official recession and they take into account, not just GDP, but also all the other factors mentioned above.

But the NBER always calls a recession in the long line of US recessions over the last century well after it has already happened.  And it’s worth noting that US recessions have happened just when people claim they are not happening and, most important, whether the Federal Reserve is hiking interest rates or not.  In 1957,1973 and 1980-2, recessions occurred when the Fed was raising rates, as it is now, but there were also recessions when it was not – as in 2007 before the Great Recession.

That poses the question of whether central banks have any significant effect on the economy either to sustain growth and employment and avoid slumps; or to control inflation.  That question has been debated through two new books that have recently been published or are forthcoming.  The first is by former Fed Chair Ben Bernanke, who presided over the Great Recession of 2008-9.  In it, Bernanke claims that the Fed saved the day in 2008-9 by pumping in credit for the banks and managed to keep inflation down as well.  Bernanke argues that ‘quantitative easing’ (monetary injections and bond purchases by the Fed) did not cause inflation as many monetarists and Austrian school economists claimed it would.  So central banks work.  Of course, he does not explain why there was such a huge financial crash and the ensuing slump in 2008-9, despite the good ministry of the Fed.  Apparently, that financial ‘panic’, as he calls it, was outside of the control of the central bank and can be blamed on lack of regulation.

At the other end of the spectrum, Austrian school economist, Edward Chancellor in his forthcoming book, The Price of Time: The Real Story of Interest, presents the case for laying the cause of crises and slumps fairly at the door of the Fed and in the case of the Great Recession, at Ben Bernanke himself.  Chancellor says “under Bernanke the Fed made a deliberate decision to ignore asset bubbles until they popped, seeing its job as simply repairing the damage.  The housing bubble did indeed pop, causing quite a bit more damage than the Fed seemed to expect. The Fed under Greenspan and Bernanke forgot (or ignored) lessons stretching back to Bagehot in 19 th -century England.”

The Austrian school start from the premise that the ‘market economy’ works just fine and will deliver a natural or neutral rate of interest that will balance supply and demand.  So things will then move on smoothly.  Occasionally, because of the uncertainty of making investments for the long term, interest rates will get out of line with investment needs, and there will be ‘malinvestment’, usually leading to either a slump or inflation.  These ‘business cycles’ will correct themselves, however, with a dose of unemployment and the liquidation of unproductive assets.  But when central banks interfere to try and control interest rates, they distort them from the ‘natural’ rate’ and just make things worse and provoke unnecessary ‘credit bubbles’ which can only be burst with severe damage to the otherwise perfectly working market economy.

So for Bernanke, the issue is getting interest rates right to manage the economy; for Chancellor, it is stopping central banks interfering with interest rates and allowing the market economy to work.  From a Marxist view, both the semi-Keynesian Bernanke and the neoclassical Austrian school Chancellor are wrong because they look only at interest rates and not at the real determinant of the capitalist economy, profits and profitability.  The latter affects investment and growth much more than interest rates on borrowing.

Marx denied the concept of a natural rate of interest.  For him, the return on capital, whether exhibited in the interest earned on lending money, or dividends from holding shares, or rents from owning property, came from the surplus-value appropriated from the labour of the working class and appropriated by the productive sectors of capital.  Interest was only a part of that surplus value.  The rate of interest would thus fluctuate between zero and the average rate of profit from capitalist production in an economy.  In boom times, it would move towards the average rate of profit and in slumps it would fall towards zero.  But the decisive driver of investment would be profitability, not the interest rate.  If profitability was low, then holders of money would increasingly hoard money or speculate in financial assets rather than invest in productive ones.

What matters is not whether the market rate of interest is above or below some ‘natural’ rate, as the Austrians claim, but whether it is so high that it is squeezing any profit for investment in productive assets.  Actually, the Austrian, Knut Wicksell conceded this point. According to Wicksell, the natural rate is “never high or low in itself, but only in relation to the profit which people can make with the money in their hands, and this, of course, varies. In good times, when trade is brisk, the rate of profit is high, and, what is of great consequence, is generally expected to remain high; in periods of depression it is low, and expected to remain low.”

And the empirical evidence refutes the claim by both Bernanke and Chancellor that the setting of interest rates is key, not profits.  Indeed, the US Fed itself concluded in its own recent study that: “A fundamental tenet of investment theory and the traditional theory of monetary policy transmission is that investment expenditures by businesses are negatively affected by interest rates. Yet, a large body of empirical research offer mixed evidence, at best, for a substantial interest-rate effect on investment…., we find that most firms claim to be quite insensitive to decreases in interest rates, and only mildly more responsive to interest rate increases.”  But they are not insensitive to the profitability of their investments.

The US economy is moving into recession because profitability is falling and productive investment is stagnating.  Of course, the economy is not helped by the Fed hiking rates at the same time, but if profits and investment were doing well, interest rates could rise without damage to the economy.

It’s the same story with longer-term economic growth.  The key to sustained long-term real GDP growth is high and rising productivity of labour.  Productivity growth has been slowing towards zero in the major economies for over two decades and particularly in the Long Depression since 2010.  US labour productivity is currently falling and at its weakest for 40 years.

In his book, Chancellor claims that this weak productivity is due to central bank interference. He explained why in the interview last week. “By aggressively pursuing an inflation target of 2% and constantly living in horror of even the mildest form of deflation, they not only gave us the ultra-low interest rates with their unintended consequences in terms of the Everything Bubble. They also facilitated a misallocation of capital of epic proportions, they created an over-financialization of the economy and a rise in indebtedness. Putting all this together, they created and abetted an environment of low productivity growth.”

According to Chancellor, ultra low interest rates led to ‘malinvestment’ and thus low productivity.  It’s true that much of the investment made in the last 20 years has gone not into productive sectors and instead has been moved into financial assets, leading to stock and bond market ‘bubbles’.  But surely the reason for that is not artificially low interest rates, but low profitability on productive investment, now near all-time post-1945 lows along with productivity growth.

Riders’ Rights Concern Group: Why Europeans should care about the struggle of FoodPanda couriers in Hong Kong

The Riders’ Rights Concern Group, a labour group dedicated to food delivery workers’ rights in Hong Kong, writes for The Gig Economy Project about the FoodPanda dispute in HK, and what it says about the […]

Leaving the economics of the coronavirus for a moment at looking at the non-monetary losses. A second great weekend read. Phil Leeke is a Faculty Member at the University of Liverpool, English Language Centre In […]