Can a socialist plan economy function`? 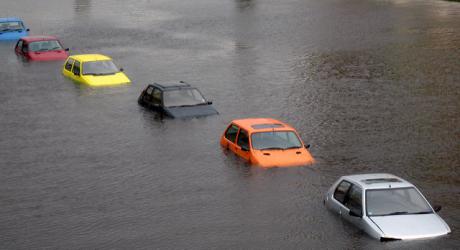 János Kornai recently died at the age of 93.  He was a Hungarian economist noted for his analysis and criticism of the command economies of Eastern European communist states. He was widely acclaimed in Western academic circles.  He eventually joined the faculty of Harvard University and was on the board of the Hungarian Central Bank after the Soviet Union collapsed.  The prominent Sovietologist Alec Nove describes Kornai’s work as “a masterly presentation of the nature of the functioning of the Soviet-type system, and an equally masterly explanation of the failure of attempts to reform it.”

Kornai began his intellectual analysis of ‘socialism’ as a committed Marxist. But he became disillusioned with the Hungarian system of a planned economy after the repression of the Hungarian revolution of 1956.  In his 1980 book, Economics of Shortage, perhaps his most influential work in mainstream economic circles (and among leftists), he argued that the chronic shortages seen throughout Eastern Europe in the late 1970s and continuing in the 1980s were not the consequences of planners’ errors or wrong pricing, but of systematic flaws in the planning mechanism. Planning does not work.

In his 1988 book, The Socialist System, The Political Economy of Communism, he argued that the command economy based on unchallenged control by a Marxist–Leninist communist party leads to a predominance of bureaucratic administration of state firms through centralized planning and management, and the use of ‘administrative pricing’ to eliminate the effects of the market. This culminates in shortages and misallocation of resources.

Kornai identified the Soviet economic system as fundamentally different from capitalism or ‘bourgeois democracy’ in three ways: 1) the rule of a Communist Party guided by the ideology of ‘Marxism-Leninism’; 2) the dominance of public ownership within the economy; and 3) the preponderance of ‘bureaucratic coordination’ in planning.  For Kornai, this was the very definition of socialism in practice.  All the countries that adopted these three characteristics after revolutions against capital aimed at ‘forced growth’ through bureaucratic, undemocratic planning that led to fluctuations in economic expansion.

Kornai identified on one of the features of this system: what he called the ‘soft budget constraint’ where state enterprises could make losses and were funded regardless of ‘market conditions’ and profitability, in contrast to capitalist economies.  For Kornai, ‘soft budgets’ were disastrous for efficiency and created shortages.  Ultimately, it was not the lack of democracy in the Soviet Union and similar ‘command economies’ that was the problem; it was very nature of planning without markets and prices to allocate resources.  So Kornai went from a supporter of the end of capitalism in Hungary to accept the view of Austrian School and mainstream economics that publicly owned, planned economies cannot work. .

It is interesting to note that this idea of ‘soft’ and ‘hard’ budgets (the latter meaning maximum profitability should be the aim) is supported by those who not only are pro-capitalist, but also pro-austerity in opposing too much ‘soft’ government spending.  Take the supposedly ‘liberal Keynesian’ Matthew Klein in the British FT in lauding Kornai’s concepts.  Klein writes: “Anyone thinking seriously about the potential risks and rewards of the policy mix that might be called “full Keynesianism” should consider the ideas of the economist Janos Kornai, who died last month.” Klein is joint author with Michael Pettis of the award-winning Trade Wars and Class Wars, a Keynesian account of global imbalances.

For Kornai, his primary model for ‘soft and hard’ budgets was Soviet Russia.  Kornai showed much more admiration for China’s economic success.  But this was because China dropped two of his three features of the post-capitalist model.  China kept the political monopoly of the Communist party, but allowed capitalism markets to flourish.  That is why it has succeeded while the Soviet Union collapsed.  Kornai: “the “ownership structure has undergone fundamental changes, in which the state-owned sector has given up its leading role. The role of bureaucratic coordination and central management has been drastically reduced and largely replaced by the market. China is not a classical socialist system and is closer to a typical capitalist system.”

Kornai argued that China’s economic success was only possible because it abandoned central planning and state dominance and moved to capitalism.  Kornai accepted the arguments of pro-market economists like Alec Nove that the complexity of millions of transactions in a national economy made calculations to effectively regulate and plan impossible. He argued that only the free market can carry out these functions, which it does ‘automatically’. Under capitalism, the competition for markets between producers and sellers generates ferocious rivalry among capitalists. This makes capitalism ‘inherently dynamic and innovative’. The invention process under socialism is not matched by corresponding innovation, which involves “the organization of production and the diffusion of the new product or the application of a new organizational form”. The sluggish assimilation of new innovations under ‘socialism’ lay, in Kornai’s view, in the absence of ‘innovative entrepreneurship’.

All these arguments against planning (democratic or otherwise) are the basic ideology of mainstream capitalist economics.  And yet these arguments of Von Mises, Nove and Kornai have been effectively refuted by various Marxist economists in the last few decades, even after the collapse of the Soviet Union.  Making planning calculations is perfectly feasible, especially with modern computers (quantum or otherwise) and by developments in mathematics.

Moreover, contrary to Kornai’s view (and that of many pro-capitalist economists), the Soviet Union was no economic failure, as I have argued in a previous post.  The strides made in economic expansion and living standards (despite the grotesque disasters of the Stalinist era) took Russian living standards past the previously richer economies of Latin America and even southern Europe.

For Kornai, as a socialist economic system is impossible, failed in Soviet Russia and was abandoned in China, he was reduced to considering only ‘varieties of capitalism’: ie democracy, autocracy and dictatorship.  According to Kornai, democracy (undefined) can only exist under capitalism as socialism is restricted to dictatorial and autocratic forms: “democratic socialism is impossible”.

Kornai’s argument is that socialism is a historical system whose political and economic reign is a closed experience for humanity.  This view was very close to that of former World Bank economist and quasi-socialist, Branco Milanovic whose recent book Capitalism Alone, also argues that there are only variations of capitalism available for the foreseeable future; either the ‘liberal democratic West’ or ‘autocratic China’.  Capitalism Alone, Milanovic reckons that capitalism is not only the dominant mode of production globally, but it is here to stay.  He concludes that “Capitalism gets much wrong, but also much right—and it is not going anywhere. Our task is to improve it.”

Milanovic argues that capitalism has triumphed because it works. It delivers prosperity and gratifies human desires for autonomy. But it comes with a ‘moral price’, pushing us to treat material success as the ultimate goal. And it offers no guarantee of stability. In the West, ‘liberal capitalism’ creaks under the strains of inequality and capitalist excess. That model now fights for hearts and minds with what Milanovic calls “political capitalism”, as exemplified by China, which many claim is more efficient, but which is more vulnerable to corruption (apparently unlike America or other capitalist states).

As Kornai and Milanovic admit, China has grown in real GDP and average living standards in 70 years faster than any other economy in human history. If this has been achieved by the adoption of the capitalist mode of production, that raises the possibility that capitalism is not in its ‘twilight era’, but instead having a new lease of life in taking humanity forward.  But I remind readers that in the period of 1952 to 1978 when China had a fully state-owned planned economy where the capitalist mode of production was replaced, China achieved 6-7% per annum real GDP growth.  Moreover, has capitalism really had a new lease of life globally?  Real GDP growth in the major capitalist economies has slowed decade after decade, along with investment and productivity.  And capitalist economies have been subject to regular and recurring slumps in investment and production of increasing severity in the 21st century.

Kornai and Milanovic ignore this.  Milanovic concludes, as did Kornai, that: “I do believe, to a large extent, [capitalism] is sustainable. Even if all of inequality continue[s] to be the way that [it is], unchecked. It is sustainable, largely, because we don’t have a blueprint for an alternative system. However, something being sustainable, something being efficient, something being good, are two different things.”  Milanovic does not like capitalism, but to use Margaret Thatcher’s phrase in referring to her neoliberal policies for capitalism: he reckons there is no alternative (TINA).  So the aim must be, just as Keynes argued in the 1930s: “to make capitalism more sustainable. And that’s exactly what I think we should do now”.  Given the existential challenges of climate change and environmental degradation, a ‘sustainable capitalism’ seems as impossible to me as ‘democratic socialism’ seemed to Kornai.

Like so many absurd claims by economists, Trickle Down may appear to work in theory, but reality tells another story. Here the newest chapter. Michael Roberts is an Economist in the City of London and […]

The future of European governance is still being discussed, but not in Italy. Italy runs the risk of being trapped in deceptively lenient rules Sergio Cesaratto is Professor of Growth and Development Economics and of […]