The jury is certainly still out on this question, although there could be some real substance here – despite experiences such as Aung San Suu Kyi, Elizabeth Holmes of Theranos, or Winnie Mandela. Indira Ghandi, Margaret Thatcher and Angela Merkel have steered highly corrupt political systems. One critical factor that may be missing is simply the opportunity and time for women to develop in a culture of corruption. Since men have successfully kept women out of positions of power, women have not had the chance to be seduced by the amenities offered or developed the skills and networks that are necessary for corrupt practices. Then there is the question of how corruption is defined.

Corruption is a persistent problem in many European countries, but could improving the representation of women in politics offer a potential answer? Drawing on recent research, Monika Bauhr explains that a clear link can be identified between the share of women in office and a reduction in corruption, which may be attributable to the differing priorities of women when it comes to public service delivery and the breakup of male-dominated networks that are detrimental to their political careers.

Monika Bauhr is an Associate Professor at the department of Political science, University of Gothenburg, and the head of the Quality of Government Institute. 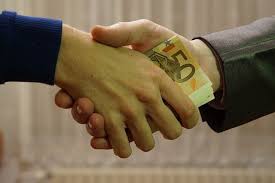 Despite massive investment in anticorruption measures around the world, the impact of these efforts has been meagre at best. In response to the failure of many traditional anticorruption measures, experts have therefore promoted more ‘indirect’ approaches to anticorruption. Instead of seeking to directly monitor and punish corrupt behaviour, anticorruption efforts may benefit from instead supporting attempts to change underlying conditions and structures that perpetuate corrupt systems. Increasing female representation is one of these indirect approaches to anticorruption. This is because, as I and my co-authors illustrate in a recent study that builds on several previous studies in this field, a strong link can be identified between the share of women in office and control of corruption.

Why do women in elected office reduce corruption? We believe women that attain public power seek to pursue two political agendas in particular: the improvement of public service delivery, notably in sectors that benefit women, and the break-up of male dominated collusive networks that are detrimental to their political careers. Improvements in public service delivery reduce the need for petty corruption and the breakup of collusive networks reduces grand corruption.

The political agenda explanation that we propose can explain why women in elected office reduce both petty and grand corruption. It also provides a necessary alternative or complement to existing explanations. Several studies show that women are typically more risk averse than men and therefore less likely to engage in criminal behaviour of all kinds. While this explanation most certainly may explain some of the differences between male and female politicians, it is weakened by the fact that elite women, especially those that assume office in male dominated sectors, may not be the most risk averse among women.

Furthermore, and of perhaps even greater importance, fighting corruption can also be extremely dangerous. Mobilising against corruption creates very powerful enemies, especially in highly corrupt contexts. It is therefore less likely that the task of fighting corruption would be taken on by particularly risk averse actors. Of course, the fact that women tend to be more strongly punished for engaging in corruption and their generally more pro social value orientation may also constitute viable explanations.

Figure 2: The presence of more women in local parliament reduces both petty and grand corruption We also find that there are important differences between public services. Female representation decreases the level of corruption in health and education but not in law enforcement. This may be because women are on average more likely to be exposed to corruption in education and health. Furthermore, we show that while bribe paying decreases overall, bribe paying among women drops more sharply than bribe paying among men. For example, a woman is roughly 3.5 times more likely to pay a bribe in education when the share of female representation is at its lowest compared to when it is at its highest.

Figure 3: Female representation is strongly associated with reduced probability of experience with petty corruption in health and education, particularly among women While gender equality is a desirable end in its own right, our study provides evidence that it is also associated with a stark reduction in both petty and grand corruption. We believe that the political agendas that women pursue can explain the drop in corruption levels. Women are more vested in public service delivery because of their greater care taking obligation and their careers are affected by being excluded from male dominated networks. This makes them fight both petty and grand corruption.

Two important issues remain unresolved, however. First, the causal evidence is thus far rather limited, since most studies build on observational data. For instance, low corrupt systems may facilitate the inclusion of women in office. We also know comparatively little about whether the beneficial effects of including women in office will last over time. These questions are of key concern for all policy makers, aid organisations and human rights activists that seek to further political empowerment in contexts where these measures may encounter open or hidden resistance, as well as for researchers in this field.

Finally, our most recent research uses a unique methodological approach to study these issues at the municipal level in France. This study finds that women in elected office do in fact reduce corruption. However, the beneficial effects are weakened over time as newly elected female mayors are driving the results. This suggests that the positive effect of including women in office may be attributable to women being newcomers to politics, and that women that manage to adapt to corrupt networks stand a better chance of being reelected. This shows that the inclusion of women in office will reduce corruption, but that further efforts are needed to make this effect sustainable over time.

For more information, see the author’s accompanying study in the European Journal of Political Research (co-authored with Nicholas Charron and Lena Wängnerud)

Syriza were the great hope of the European left, but surrendering to the Troika meant their election defeat was all but inevitable Ben Wray is CommonSpace editor and co-author of “What is Scottish Independence For?”, […]

This is such an important topic. Although liberal democracy is basically corrupt, even if democracy functions, with enough money this can be bypassed. Valerio De Stefano is the BOF-ZAP Professor of Labour Law at the […]

The distribution of wealth has little to do with contribution or productivity, and everything to do with politics and power. Laurie macfarlane is Economics Editor at openDemocracy Cross-posted from Open Democracy Image: Glenn Halog, CC […]