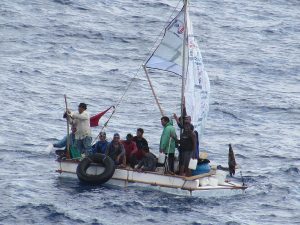 Tensions within the EU over responsibility for migrants rescued at sea escalated in June 2018 when Italy and Malta effectively closed their ports to NGO migrant rescue vessels. Although the duty to rescue persons in distress at sea is a fundamental rule of international law, it is not clear which state is legally responsible for their disembarkation. In practice, the United Nations Convention on the Law of the Sea (UNCLOS)stipulates that the master of a ship is obliged to rescue persons in distress at sea, yet it does not specify the procedures for disembarkation of such persons.

Migratory pressures are not distributed equally across the EU’s member states. Moreover, recent influxes of irregular migrants to the member states located on the EU’s southern borders have resulted in tensions between these states and other member states which are more protected against direct irregular entries. The former have long complained of the Dublin Regulation’s ‘first country of entry’ rule which puts an unfair ‘burden’ on them, as well as of the lack of solidarity from other member states to deal with a situation that is entirely due to their geographical position.

With regard to the Dublin rules, by establishing state responsibility for the processing of an asylum request, the assigned member state is required to grant reception conditions to applicants of international protection including housing, food, clothing, healthcare and education for minors. According to the OECD, the cost for processing and accommodating asylum seekers is estimated to be around ten thousand euros per application for the first year but can be significantly higher if integration support is provided during the asylum phase. Since the practice of providing international protection is costly, states have an incentive to discourage asylum seekers from seeking international protection in their territories and instead encourage them to do so in other EU member states with better conditions.

By accident of geography, member states located on the EU’s external southern borders stand at the forefront of irregular migration flows from Africa and Asia, thus carrying a disproportionate ‘burden’. Italy has become one of the primary host countries of the EU and the EU’s smallest member state, Malta, has had to deal with high per capita irregular arrivals in recent years. It could be argued, therefore, that the less affected member states ‘free-ride’ at the expense of the southern member states when it comes to the distribution of asylum seekers.

Despite widespread criticism of the Italian and Maltese governments’ decision to close their ports to NGO migrant rescue vessels, there is not one European government that currently stands out for its open immigration stance. In practice, all member states are protecting both their internal and external borders from irregular migration.

Hence the hypocrisy of portraying Italy and Malta as Europe’s ‘black sheep’ for having closed their ports when member states of the EU and the Schengen area have constructed almost 1,000 km of walls since the fall of the Berlin Wall in 1989 to prevent irregular migration. Ten member states (Spain, Greece, Hungary, Bulgaria, Austria, Slovenia, the UK, Latvia, Estonia and Lithuania) have built such border walls, with a sharp increase during the 2015 ‘refugee crisis’ involving the creation of seven new barriers. As a result, the EU has gone from just two walls in the 1990s to fifteen by 2017. 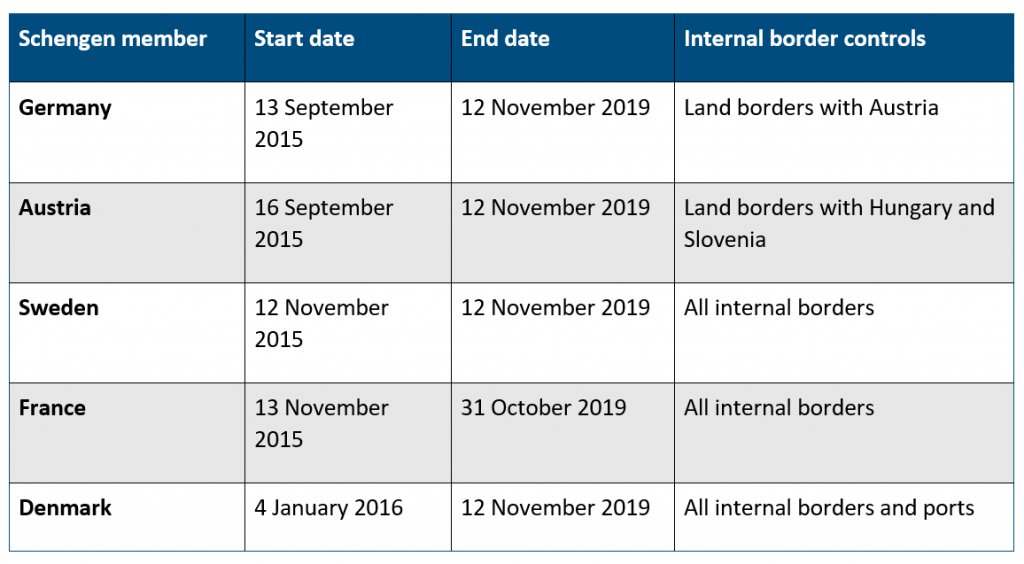 Note: Compiled by the author using data from the website of the European Commission

Although the Schengen Borders Code allows for the temporary reintroduction of border controls in the case of serious threat to national security, this was the first time they were reinstated for an extended period. Internal border checks have effectively been prolonged several times since 2015 and are set to expire on 12 November 2019. Rather than being reintroduced in exceptional circumstances, internal controls have become the political norm, justified on the grounds of migration control. This illustrates a lack of solidarity as well as lack of trust among EU member states, where precedence is given to national over shared interests.

Solidarity is one of the critical challenges facing EU asylum and migration policymaking and is becoming increasingly relevant as divisions and distrust persist among member states. As long as the principle of solidarity remains voluntary, it is unlikely that EU member states will pull together and agree on a long-term strategy, particularly one involving reform of the Dublin system to include a permanent relocation mechanism that would help member states facing disproportionate migratory pressure.

So what does the future hold for this policy domain? Will it continue to be dominated by the construction of walls and fences as well as permanent controls at internal borders? And could this lead to the end of Schengen, the most tangible success of European integration? There is a strong likelihood that EU asylum and migration policymaking will continue to be characterised by short-term ad hoc and unilateral measures since most member states perceive no benefits in developing long-term solutions.

Raffaele Giammetti – The Effects of Brexit and Alternative Scenarios

Many estimates of the effects of Brexit overlook one fundamental element: the integration of our economies into global value chains. That will be negative for other European countries. For Britain, there is a possible way […]

Richarld Murphy called for directors of such companies to face unlimited liability for their actions, unleashing a torrent of comment in praise and condemnation of rude capitalism at work. Richard Murphy is Professor of Practice […]