The EU hegemon Germany is trying to ensure that no anti-neoliberal policies gain traction in the European Union. It brutally crushed Greece, damning much of its population to poverty, not only to protect its own banks, but as a warning to other nations that might wish to rebel against Berlin’s dictate.

This article originally appeared in German at German Foreign Policy 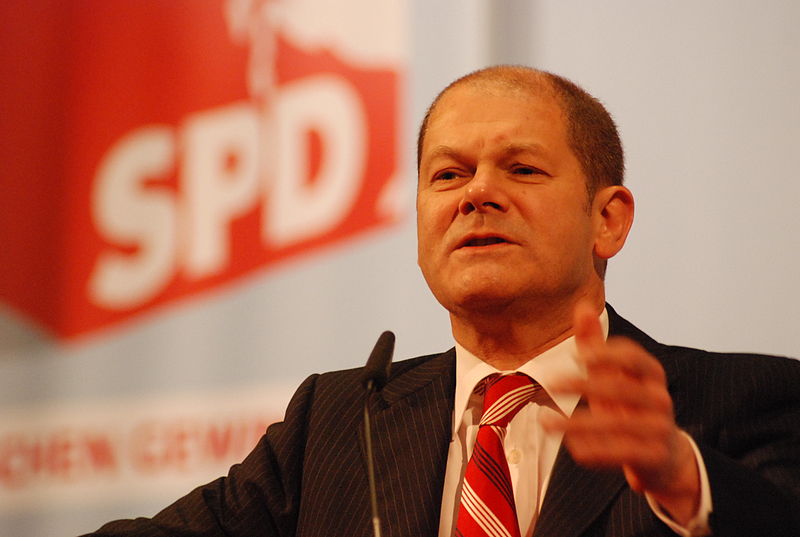 Germany’s new coalition government insists on linking future debt relief for Greece to the continuation its political dictates against Athens. The background is the dispute over how to deal with the impoverished country after the current credit programme ends in August. The International Monetary Fund (IMF) believes that without significant debt relief Greece will not be able to manage its public finances. The IMF has called for a cancelling of a portion of the debt without any political caveats. As in the past, the German government is not prepared to compromise and wants to strictly bind any further financial support to new dictates, such as the obligation to increasingly privatise Greece’s state assets. Discussions will continue at the next EU finance ministers meeting this Friday. Germany is becoming increasingly isolated on this issue internationally. The dispute demonstrates that the new German social democratic finance minister Olaf Scholz is continuing the neo-liberal course of his predecessor Wolfgang Schäuble largely unchanged.

Germany’s new social democratic Finance Minister Olaf Scholz is striving to continue his predecessor’s, Wolfgang Schäuble, tough fiscal policy despite increasing international opposition. In his first public appearances in his new office Scholz stressed that he will maintain Schäuble’s neo-liberal financial policy. In a speech to the German Marshall Fund of the United States, for example, Scholz emphasized the need for a “solid” budget policy; at a round of discussions at the IMF headquarters in Washington, he reiterated that he insisted on upholding the austerity programmes in the EU, known as “structural reforms”, which Berlin imposed on the Eurozone after the outbreak of the euro crisis – with devastating socio-economic consequences. Scholz did not address the French president’s reform proposals of France’s president Emmanuel Macron, such as the establishment of an EU finance ministry. A European banking union is only conceivable for Scholz if the credit risks in the European crisis countries are reduced. Purportedly Scholz is trying to dampen the expectations of many euro countries “that the new German government will turn on the tap”, providing governments of EU nations with more funds for investment. Germany’s new finance minister continues in many respects the course of his predecessor, according to observers following Scholz’s public appearance at the IMF spring meeting in Washington. Business media summed it up best: “Scholz is like Schäuble, only nicer”.

Going round in circles

The handling of Greece’s national debt, which was on the agenda last Friday at the meeting of the “Washington Group” of the IMF, the European Central Bank (ECB), the European Stability Mechanism (ESM), and the finance ministers of the four largest euro states, is particularly controversial. The IMF has always insisted that Greece should receive substantial debt relief; without it Athens would not be in a position to maintain its public finances. Germany, however, is stubbornly blocking this; for about three years the debate between the IMF and the Federal Ministry of Finance has been “going round in circles” because Berlin’s austerity policy in Greece is too extreme for the IMF. Consequently, the IMF refuses to disburse its promised 1.6 billion euro contribution to the “aid programme” for Greece. A new attempt to get the IMF back on board will start this Friday, when the meeting of Euro finance ministers discusses the future of the official “aid programme” for Greece, which expires in August.

The termination of the official credit programme, which under the dictate of the then German Finance Minister Wolfgang Schäuble had linked access to crisis loans to a socio-economically devastating austerity regime over the past eight years, was declared an important milestone on the road to  Greece regaining sovereignty by its Prime Minister Aléxis Tsípras. Berlin, however, is endeavouring to keep the probably inevitable debt relief for Athens as low as possible and to continue to link it to binding political restrictions. The aim is to prevent Greece from formulating its own budgetary policy after Athens returns to the financial markets. The aim is to ensure that the Greek government maintains the “implemented reforms” and a large primary surplus (budget surplus minus debt service) over a “long period”, said European Commission Vice-President Valdis Dombrovskis. An offer from Brussels requires Athens to guarantee a primary surplus of 3.5 percent until 2022.

Berlin favours the direct coupling of debt relief – for example, the remittance of interest gains from Greek bonds to Athens – to measures such as further “smaller privatisations”. 1.6 billion euros would first be transferred only if Athens were to behave as Germany requires. By linking debt relief to political control, it would be ensured “that the Athenian government would not deviate too much from the previous reform course in the coming years either”. This German harshness contrasts with French ideas that are much more accommodating to Athens and aim to grant the socio-economically devastated nation debt write-offs of 18 billion euros. Greece’s interest burden is to be capped at two percent. The background: Athens is in direct negotiations with Paris on the acquisition of four French frigates to use the impoverished Mediterranean country as part of a strategic partnership for air defence in the Aegean – against possible attacks by Turkey.

In the negotiations, the German finance minister must undergo a difficult balancing act, since the increasing international pressure to finally relax the austerity regime is encountering a strong domestic political blockade within the new German coalition government: debt relief for Greece is not popular in Germany. Within Chancellor Angela Merkel’s CDU/CSU faction in particular, there is resistance to any significant concessions to Greece, which will be pauperized in eight years’ time. There were fears that turning away from the draconian austerity regime would strengthen the extreme right-wing party AfD or the right wing of the Liberals (FDP). Moreover, the CSU, which will soon be facing elections in its homeland of Bavaria, has no interest in a public discussion and is trying to ignore the issue. Nevertheless, the Bundestag will have to make a decision on the concrete scope of debt relief for Athens by the summer. In Germany, intransigence towards Greece is considered a relatively secure means of accumulating domestic capital. In February, the head of the Ms Merkel’s  Office also linked further payments of credit tranches to Athens with the demand to speed up the foreclosure of housing loans, throwing inhabitants onto the street, and to create an Internet system for this purpose.

Despite somewhat better macroeconomic results recently, the devastating social consequences of Germany’s imposed austerity policy are not been even remotely surmounted in Greece. More than a third of the population – 35 percent, that is 3.8 million Greeks – live in poverty; only Bulgaria and Romania have a higher poverty rate in the EU. 1.8 million citizens – 13.6 percent of the country’s population – vegetate in extreme poverty; they do not have an adequate supply of food or clothing. The proportion of the Greek population living in poverty increased by 40 percent between 2008 and 2015. Children and young people especially suffer from the pauperism fanned by Germany’s austerity regime: one in four children in Greece grows up in poverty. The official unemployment rate still exceeds 20 percent.

Philip Cunliffe – Who Shall Rouse Him Up? Brexit: The World Turned Upside Down

On Sunday a leftist German blog wrote to ask if we could explain Brexit. As far as they could see, it was a simply a question of the British trying to gain trade advantages and […]

What we are witnessing is the return of fascism in Spain. The chance to have stopped it was wasted by the Social Democrats under Pedro Sánchez, another chapter in the concatenation of social democratic failure […]