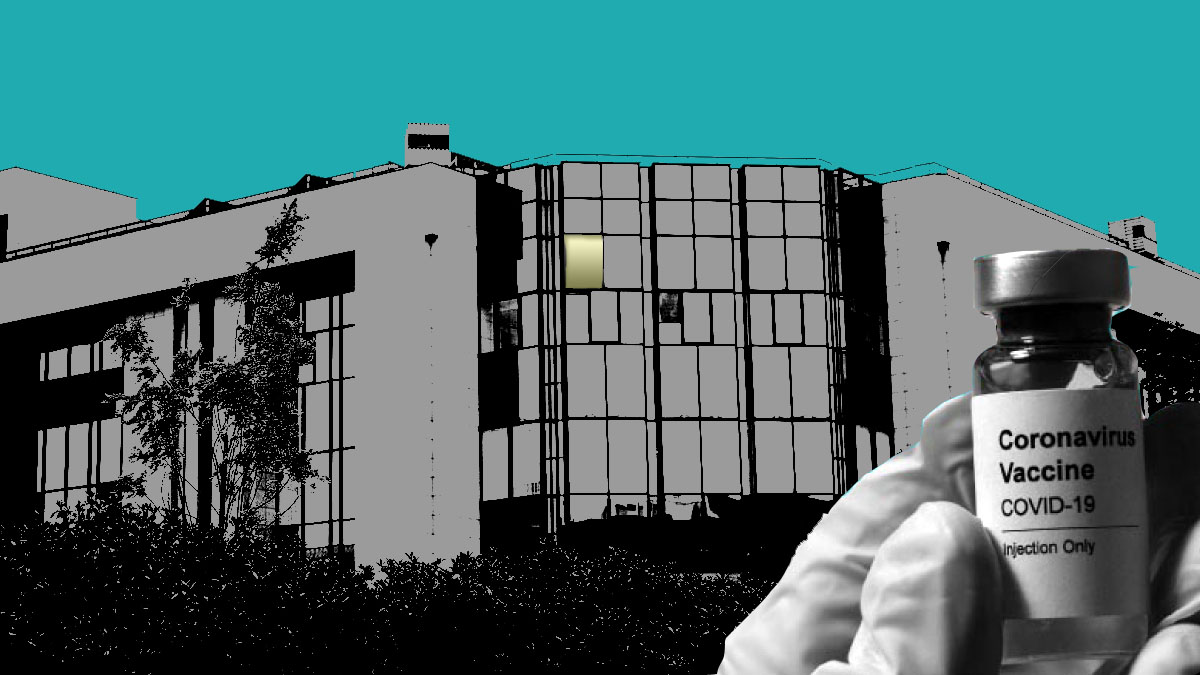 How did EU governments decide to oppose a global measure that could boost production of COVID vaccines and medicines for the global south? You won’t get the slightest hint from official EU sources. But leaked documents reveal that the Commission and member states see the real problem as a mere PR issue of how to deflect criticism. Given the pandemic, their position seems indefensible.

A crucial political battle is taking place in the World Trade Organization (WTO), one that will determine the fate of hundreds of millions of people across the globe. While the wealthiest nations are busy fighting amongst themselves over a scarce supply of COVID-19 vaccines, India and South Africa have tabled a proposal that would waive current intellectual property rules in order to expand production worldwide substantially. If know-how and vaccine recipes are shared, generic manufacturers could start supplying the countries in the back of the queue, for instance the 85 nations set to receive vaccines only in two years time.

Had it not been for the stiff resistance by the US, Switzerland, Norway, and not least the EU, that vision could have become a reality. But the European Commission has shown no sign of budging at the WTO negotiations. At a meeting in Geneva on 11 March the EU’s rejection was reiterated. (Read more here about the EU and the global fight over patents on pharmaceuticals.)

That begs the question: what was discussed with member states in recent months before the Commission went to the WTO in Geneva and rejected the Indian/ South African proposal? Which member state took what position? Did anyone voice the opinion that perhaps this is the time to embark on genuine sharing of technology, to benefit communities around the world, and end the pandemic as fast as possible?

Corporate Europe Observatory tried to uncover how one of the most significant issues of recent times was dealt with in the EU. It turned out to be laborious to climb the walls built around EU Council decision-making. And when finally we gained a glimpse of the crucial talks, it was – while unsurprising – still hugely disappointing to see that EU member states saw the WTO clash over COVID vaccines and medicines as a mere PR problem. Something that would need to be addressed to minimise loss of prestige.

The Council is where the 27 member states have their say on the direction and detail of EU policy is ludicrously secretive on many matters, including those of utmost public interest.

At the 16 December 2020 meeting of the Council Working Party on Intellectual Property there was an agenda item on the “Proposal of India and South Africa to the WTO TRIPS Council for a temporary waiver of certain TRIPS obligations”, to be based on information provided by the Commission. However, we were unable to see the detail of that discussion and which, if any member state, argued in support of the proposal from India and South Africa because the Council says it “do[es] not prepare any… minutes/reports/summary outcomes for the meetings of this working party”.

This meeting agenda also referenced a “Workshop ‘IP and pandemics’, 29 October 2020”. Yet this was also out of bounds to us. Apparently this was a virtual conference, organised by the German Presidency of the Council, but the recording of the workshop was “not intended for publication or distribution to the general public.”

In another meeting, the Working Parties on Public Health and on Pharmaceuticals and Medical devices met on 1 September 2020 and the agenda included an item to discuss “Access to Covid-19 vaccines via COVAX and the EU Emergency Support Instrument”, again to be based on information from the Commission. However, a specific freedom of information request seeking more information on this was refused on the grounds that there were no reports made of the meeting.

No minutes, no transparency

Perhaps the most obvious Council body to discuss global south proposals to relax WTO patent rules would be the Trade Policy Committee (TPC), where member state representatives meet with the Commission to agree on trade policy issues that are not brought up for debate at ministerial level. This Council body has been heavily criticised in the past for offering privileged access to big business via regular, informal meetings.

The TPC has met more than 40 times in the past year, and while we could not find any sign that the India/ South Africa proposal had been explicitly discussed, many of its meeting agendas have a standing agenda item along the lines of “WTO reform and negotiations”. Could this be where the discussions are held?

It has been impossible to find out. The agendas are sparse and summaries of the discussion are only rarely produced. These occasional summaries fail to reflect the detail of the discussions that took place, nor do they report the positions taken by different member states. This is contrary to the recommendation of the European Ombudsman and makes it next to impossible for interested journalists, civil society, and citizens to follow the issue.

Of course, pharma industry lobbyists with their greater lobby firepower and networks may well be better placed to be able to track these secret discussions in the Council’s working party labyrinth.

The world needs to understand the EU better

To almost anyone, to the public, that would be where the story ended – with no insight into how the EU’s decision to oppose the India/ South Africa proposal was made, nor into what arguments were considered.

But then sometimes, with a stroke of luck, documents are leaked. And in this case, documents from a German Ministry ended up with Corporate Europe Observatory (unfortunately they cannot be made public). According to those documents, the proposed India/ South Africa waiver was discussed on three occasions in the Trade Policy Committee.

While the Council does not produce minutes of these meetings, the German delegation does produce notes, for its own internal use and these revealing minutes from meetings in January and February 2021 show there is full member state support for the Commission’s rejection of the waiver. A report from mid-January states that “according to the Commission, the existing flexibility under the TRIPS agreement must be used”. This (wrong-headed) view, that no reform or waiver is required, met with no resistance at any point during the three meetings.

What worried several member states at the meeting on 8 January 2021 (Germany, France, Denmark, the Netherlands, Italy, Sweden) is communication. They urged the Commission to communicate ‘constructively’ with NGOs on the matter, surely predicting the external criticism likely to follow the EU’s position. On a related note, at the following meeting on 22 January, the Commission is praised by the Netherlands for its engagement with members of the European Parliament, while Italy urged “more active external communication”.

At the last meeting covered by the documents, the EU has come under fire from its export restrictions on vaccines. That helped spark a discussion on tactics – considerations as to what the EU’s proposed alternative to a waiver should look like. In the end, only the Netherlands commented on the issue: there is no need for a change of position, but there are still challenges on communication. Alternatives, the representative remarked, can be found in the area of “voluntary licensing”.

To suggest voluntary licensing as a solution is tantamount to relying on the good will of patent owners, the big pharmaceutical companies – a rare commodity, and certainly not a solution. So in sum, the minutes show an EU with no intention to waive intellectual property rights. Moreover, it shows the Commission and member state representatives perceive the criticism from the global south and from civil society as a mere PR problem, rather than posing a genuine challenge with logical, economic, and moral force behind it that should provoke real consideration on the part of the EU.

Incredibly, looking at these minutes, the issue of access to vaccines globally, covers only a very small fraction of the text. This is in a context where these life or death decisions could solve or prolong the pandemic, and couldn’t be more significant. Yet apparently the issue of ‘geographical indicators’ – whether a feta cheese has to come from Greece or a Parma ham from Parma – is a much more pertinent issue to the people around the table!

In sum, what might be the biggest issue globally at the moment, is easy for the Commission and the Council to agree on. Hardly even worth a discussion. While the rest of the globe (indeed the EU itself) is experiencing concern over the continuing spread of the virus and the appallingly low production of vaccines, the Commission in concert with member states, insists on handling the issue behind closed doors, where a few people from trade ministries quickly reject a bold proposal that could boost vaccine production and save untold lives around the world.

Alone the fact that the Times feels it has to address Modern Monetary Theory (MMT) shows how relevant it has become. When we launched BRAVE NEW EUROPE at the end of 2017 only a handful […]