The first beneficiaries of Brexit were British Uber drivers, whose historical legal victory over the American platform corporation cannot be overturned by the anti-labour European Court of Justice. The next – let us oversee the vaccination debacle in the EU costing thousands of EU lives – may be Catalan politicians seeking political asylum from the EU. 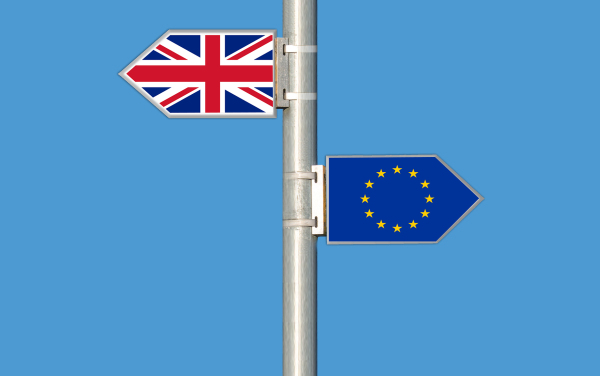 The vote of the European Parliament to remove the parliamentary immunity of the three exiled Catalan MEP’s, Carles Puigdemont, Toni Comín and Clara Ponsatí. speaks volumes about just how democratic the European Union is.

The matter was not debated in the Parliament but was taken to a secret vote held on Monday evening with the result announced at 09.00 on Tuesday morning. The result was always expected because the three big blocs in the parliament, the centre right European People’s Party group, the centre left Progressive Alliance of Socialists and Democrats and Renew Europe, agreed to back the move. Together they have over the seats.

But the final vote was closer than might have been expected with 400 MEPs voting in favour, 248 against and 45 abstentions. That means 57.7 percent of MEP’s voting backed Spain’s judicial request to extradite the three.

Spain is seeking their extradition on charges of “rebellion” in respect of the October 2017 Catalan independence referendum and the subsequent declaration of independence. So what MEP’s were doing was voting to approve the decision made by a committee of the European Parliament to lift their immunity to then permit their extradition to Madrid to face trial and a more than likely prison service – another elected MEP, Oriol Junqueras, is serving 13 years having been found guilty by Spain’s Supreme Court on the same charge (Spain refuses to allow him to take his seat in the European Parliament and Brussels stays silent on that matter).

But separate courts in Germany, Scotland and Belgium have rejected Spain’s attempts to extradite them. Another exiled former Catalan minister has just won his case in Belgium.

The president of the European Parliament, David Sassoli, is very aware that the vote could be annulled by the Belgian and Scottish courts, if Ponsati returns to her Scottish home, and that the whole matter will be taken, as Puigdemont has indicated, to the European Court of Justice. He chose to ignore the potential humiliation if the three win their case and over turned this vote.

The initial decision to remove the immunity was passed by the European Parliament’s Committee on Legal Affairs. This body is chaired by a Spanish unionist MEP, Adrián Vázquez, a member of Ciudadanos (Citizens) which has been out spoken in opposing Catalan self-determination and in demanding the jailing of Catalan politicians involved in the 2017 referendum. Its final report was drafted by ultra-conservative Bulgarian MEP, Angel Dzhambazki. He is an ultra-nationalist, targeting migrants and the Roma population of Bulgaria and unlikely to sympathise with Catalan aspirations to be independent of Spain.

The Committee on Legal Affairs includes eight Spanish MEPs who all support lifting immunity and are unionists to varying degrees, ranging from the Spanish Socialists to the far right Vox.

The committee’s report was then leaked to the media in breach of the European Parliament’s rules. We are awaiting the internal enquiry ordered by David Sassoli into that.

Puidgemont and Commin were elected as MEPs by Spanish and Catalan voters in 2019. As soon as they took their seats in Parliament, the Spanish Supreme Court investigating judge Pablo Llarena activated the request procedure to lift the immunity from prosecution of the three MEPs and to attempt, for the third time, their extradition to Spain via a European Arrest Warrant (EAW) procedure against them.

Ponsati took her seat after Britain formally left the EU with the vacant seats allocated out across the countries of the Union.

The current Spanish government, a coalition led by the Socialists (PSOE) with the radical left Podemos as junior matters, insisted this whole matter was a judicial issue, not a political one. But the Spanish foreign minister, Arantxa González Laya, called a press conference to coincide with Tuesday morning’s announcement of the vote’s result.

She said that the vote “sends a triple message” and that “Catalonia’s problems are resolved in Spain, they are not resolved in Europe”.

That this decision was made by a committee chaired by a Spanish unionist MEP and was approved by the European Parliament without a debate shines a light on the democratic failings of that body.

Spain’s determination to secure the extraditions has, for the first time, created a debate within the European Union on the Catalan issue, something the European Commission wishes to avoid because it supports the Spanish stance.

Among others, MEPs of the European United Left/Nordic Green Left announced they would vote against the request, including their Spanish state affiliates Podemos, Catalunya en Comú, and EH Bildu; MEPs from The Greens/EFA bloc; the Basque Nationalist (PNV) MEPs, who are part of the Renew Europe group; two MEPs from the Socialist group, former prime minister of Malta Alfred Sant and Belgian MEP Kathleen Van Brempt, among others.

Last month saw the Catalan rapper Pablo Hasél jailed under Spain’s “Gag Law” for insulting the royal family and the security forces, prompting a wave of protests not just in Catalonia but across Spain, and widespread condemnation of it as a breach of the right to free speech.

It also saw pro-independence parties winning over 50 percent for the first time in the elections to the Catalan Parliament.

That saw another division between the PSOE and Podemos with the latter not just calling for Hasél’s release but that of the nine Catalan social and political leaders jailed for their role in the 2017 referendum.

Until now there has been little support for the pro-independence Catalans in Spain. Now that is changing, not because Podemos supports independence, they don’t, but because of concerns for democracy and free speech.

Inside Catalonia there is another change. Back in 2017 the Catalan government expected to get support from the EU for negotiations with Madrid. That never happened because Germany and France have no interest in Catalonia breaking away, and fear its consequences at home and elsewhere in Europe.

Last month’s elections in Catalonia saw an increase in support for the radical left Popular Unity party (CUP) which is no fan of the EU. It is expected to enter a new government led by the Left Republicans (ERC).

That could address two weaknesses of the pro-independence movement: one the failure to link dependence with economic and social concerns, two the blind hope that the EU might come to their rescue.

The Spanish government of Pedro Sánchez makes noises about the need to negotiate with Barcelona but the Spanish state and judiciary, itself highly politicised, continues to take actions against pro-independence Catalans which further alienate a growing number of them.

To win a binding independence referendum the Catalan pro-independence movement needs allies in Spain and Europe. For the first time they look to be succeeding in that.

One final thought. Now Britain has left the EU it is no longer required to maintain the EU’s anti-democratic policies. perhaps Puigdemont, Commin and Ponsati could seek political asylum there. Better still they could join Ponsati in Scotland where there was considerable support for her when Spain sought her extradition.

Richard Murphy – Britain: There are Climate Change Extremists, but They’re most Likely Defending the Status Quo

As Nicholas Stern wrote in his famous report: “Climate change is a result of the greatest market failure the world has seen”. Extinction Rebellion is trying to defend society it should be: democratic, just, and […]

A webinar exploring ‘what does it means to have an algorithm as your manager?’ has heard calls for a new EU Directive specifically aimed at employment protections and rights from the increasingly pervasive role of […]