Capital is coordinated and globalized. Our struggles against injustice and oppression must be the same. 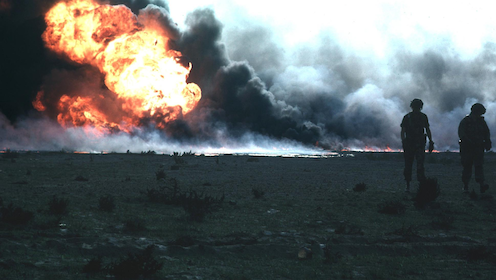 In his new book, Noam Chomsky traces the duality of existential threats from nuclear weapons and climate change. He argues for the urgency of international climate and arms agreements, and shows how global popular movements are mobilizing to force governments to meet this unprecedented challenge to civilization’s survival.

EDITORS: How do you think the looming threat of extinction should affect the Left – and its vision and strategy of activism?

NOAM: The urgency of “looming extinction” cannot be overlooked. It should be a constant focus of programs of education, organization, and activism, and in the background of engagement in all other struggles. But it cannot displace these other concerns, in part because of the critical significance of many other struggles, and also in part because the existential issues cannot be addressed effectively unless there is general awareness and understanding of their urgency.

Such awareness and understanding presupposes a much broader sensitivity towards the tribulations and injustices that plague the world – a deeper consciousness that can inspire activism and dedication, deeper insight into their roots and linkages. There’s no point calling for militancy when the population is not ready for it, and that readiness has to be created by patient work. That may be frustrating when we consider the urgency of the existential threats, which is very real. But frustrating or not, these preliminary stages cannot be skipped.

EDITORS: Do you think movements should specifically focus on extinction, as the Extinction Rebellion in the UK is doing?

NOAM: The UK Extinction Rebellion movement has laudable goals. In the US, the grassroots Earth Strike movement is planning actions including a “General Strike to Save the Planet.” Other organizations are developing plans as well. These are all very valuable initiatives, which merit strong support. Inevitably, their success will depend on the general raising of consciousness. We cannot ignore the realities of the world we are living in – a world in which, for example, half of Republicans, according to recent polls, deny that global warming is even happening, and of the rest, a bare majority consider that humans have some responsibility for it.

According to polls from 2018, a mere 25% of Republicans “think global warming should be a high or very high priority for the president and Congress” – a world in which regular reports on expansion of fossil fuel production in the liberal press hail our taking the lead with its implications for global power, perhaps mentioning some local environmental effects of opening new areas for exploitation (water shortages for ranchers, for example), but with scarcely a word, if any, on what this entails for the lives of the next generation.

[It’s the] same with regard to the second major threat to survival. There has been little comment about the [Trump] administration’s new National Security Strategy, calling for trillions of dollars to ensure US “overmatch” – preponderance over any coalition of rivals – and assurance that the US can win a war against China and/or Russia, though a war with either would obliterate everything. This was enthusiastically presented by the fabled “adult in the room,” the “voice of reason” among the Trumpians – “Mad Dog” Mattis – along with plans for highly destabilizing new weapons and reversal of the slow progress towards mitigating the grave nuclear threat.

There’s simply no way to avoid the steady hard work of developing consciousness and understanding. Innovative and dramatic actions can stimulate such awareness and recognition of urgency of action if integrated into broader initiatives. General outlines are easy enough to sketch; filling in the details with specific programs and actions is what counts.

EDITORS: Where do you see the strongest hope for international solidarity and agreements coming from?

NOAM: There is no simple formula. To confront the growing and destructive autocratic and hyper-nationalist tendencies we have to first understand their roots. The topic is too broad to address seriously here, but there is good evidence, I think, that a substantial factor is the neoliberal austerity programs of the past generation. These have concentrated wealth and undermined functioning democracy, casting much of the population aside, leading to understandable resentment and anger, often taking pathological forms, and leaving people prey to demagogues.

These developments can only be countered by progressive social movements that offer credible answers to the often bitter exigencies of daily life and, even better, point the way to needed social and institutional change. That should be the basis for international solidarity, particularly in a globalized world where many face similar threats to decent existence and have opportunities for communication and interaction. These have been exploited effectively by international capital, but much less so by the victims of harsh policies. These [are] severe problems that have to be confronted and overcome.

EDITORS: Do you see capitalism driving extinction? Do we need to move beyond capitalism to ensure survival?

NOAM: The varieties of state capitalism that now exist are based on principles that I think should not be tolerated. Some of their dominant properties such as ignoring externalities and the drive for growth and damn the consequences virtually guarantee disaster. But in fact the systems are pliable enough to offer hope for survival through the development of green economies; for example, say, along the lines that economist Robert Pollin has spelled out in some detail.

That’s fortunate because in the real world conditions are not ripe for large scale institutional change to true democratization and popular participatory control of social, economic, and political life – though in fact seeds of such developments do exist and can flourish. Like it or not, the urgent issues of today will have to be confronted within the general framework of existing institutions, while at the same time serious efforts should be undertaken to rid ourselves of oppressive institutions and move forward to greater freedom, justice, authentic democracy, cooperation and mutual aid in all spheres of life.

EDITORS: These threats are comprehensive, and corrective changes implicate every dimension of human life. How are we to understand the system that produces such an all-embracing character?

NOAM: The world is a complex place, but we can identify systematic factors and structures. Take opiate abuse. Why is there opiate abuse in the Rustbelt? Why is life expectancy continuing to decline in the US for the first time since World War I and the flu pandemic? Why is this particularly salient among working-class whites – who have been cast aside by the neoliberal policies of the past generation, including the particular form of globalization that has been designed in the interests of the investor class and transnational capital?

The move from opiate abuse to the regressive policies that began to take shape in the late ’70s, accelerated by Reagan and his successors, is fairly straightforward. And as I mentioned earlier, there are counterparts elsewhere, in the rise of “illiberal democracy” and the collapse of the centrist forces that have dominated political life since World War II. Studies ranging from the US to Sweden and others have found that xenophobia, anti-immigrant hysteria, racism, and the rise of the ultranationalist right in general have tended to follow economic distress and reversal of social democratic programs. So, yes, the world is a complex place and a multitude of factors interact, but there are some systematic features in global malaise – which point the way to corrective action.

EDITORS: There are many proposals that are gaining currency; perhaps the foremost among them is the Green New Deal. What kind of resistance should its proponents expect and what organizational decisions should progressive activists make in terms of their own coalition building to overcome such resistance?

NOAM: The main point to keep in mind is that proposals of this nature must succeed. Must, or else we are doomed. Some of the proposals are quite carefully designed, and developed in a form that can be used as a basis for organizing, notably Pollin’s work on a Green New Deal. There is of course ample reason to expect corporate resistance, both from the evidence of history and the nature of state-capitalist markets. But it seems that we have passed beyond the days when, for example, ExxonMobil executives reacted to James Hansen’s publicizing the threat of global warming in 1988 by devoting resources to engendering skepticism or outright denialism – knowing exactly what they were doing, since their own scientists had long been among the leaders in demonstrating the extreme gravity of the threats.

By now the threats are so evident that we seem to have moved to an era marked more by co-optation and mitigation rather than by outright rejection of reality. That’s often happened in the past: the practices of the lethal tobacco industries, for example. The shift offers opportunities for activists, but they are littered with pitfalls that have to be recognized and avoided. Strategies should be designed to grasp the opportunities – to fail to do so is counterproductive – but with due attention to the motives, intentions, and manipulations of the systems of power. That’s more difficult than confronting simple denialism but also provides openings for education and organizing, which must be intensified. There’s no time to waste.

EDITORS: Do you feel the extinction crisis should change anything about our social movements?

NOAM: For activists, there are strong temptations – understandable, valid – to devote intense efforts to critical issues in the immediate focus of their work. But linkages with other social struggles are real, not just at home but globally. All can gain by considered and careful initiatives to pursue “intersectionality” and solidarity. And all can gain by exploring and confronting the common institutional roots that in significant respects lie behind the problems – often crises – that are in the forefront of particular commitments.

Capital is coordinated and globalized. The struggles against injustice and oppression must develop interactions and mutual support in their own ways. The dreams of a true International should not fade. And they gain overwhelming impact when we recognize the severe threats to organized social life that cast their grim shadow over all other concerns.

From Internationalism or Extinction by Noam Chomsky, edited by Charles Derber, Suren Moodliar, and Paul Shannon, and published by Routledge, copyright © 2020. Reprinted by permission of the publisher.

Thiemo Fetzer – Had austerity not happened, Leave support could have been up to 10% lower

The UK’s coalition government, which entered power in 2010, adopted a policy of spending cuts in the aftermath of the financial crisis. As Thiemo Fetzer writes, the resulting ‘austerity shock’ had a clear political impact, […]

We don’t often publish personal stories, but the experiences of Kay Inckle as a disabled person just trying to do her job make sobering reading. By Kay Inckle, Lecturer in Sociology at Liverpool University “The […]

If rising inflation is being driven by a weak supply-side rather than an excessively strong demand side, monetary policy won’t work.  Michael Roberts is an Economist in the City of London and a prolific blogger […]