Is the uprising in Iran a revolution in the making? Noam Chomsky sheds insight on this question 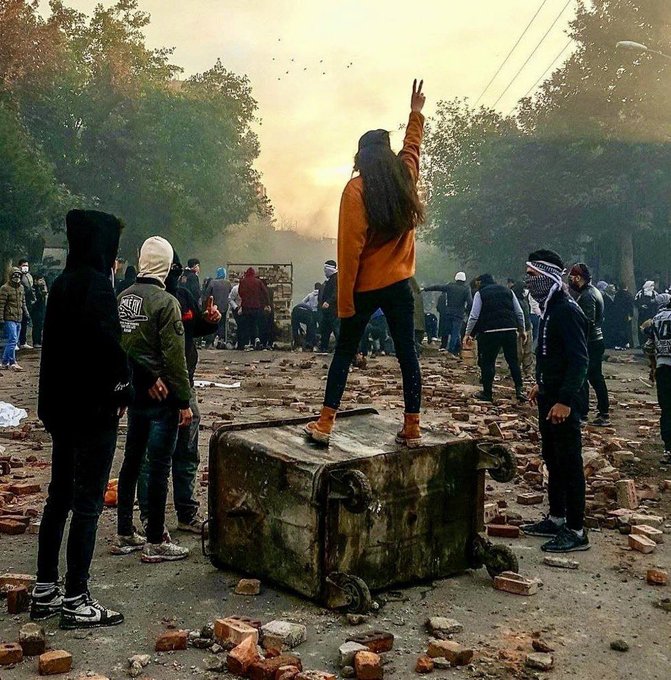 C.J. Polychroniou: Noam, Iranian women started these protests over the government’s Islamic policies, especially those around dress codes, but the protests seem now to be about overall reform failures on the part of the regime. The state of the economy, which is in a downward spiral, also seems to be one of the forces sending people into the streets with demands for change. In fact, teachers, shopkeepers and workers across industries have engaged in sit-down strikes and walkouts, respectively, amid the ongoing protests. Moreover, there seems to be unity between different ethnic subgroups that share public anger over the regime, which may be the first time that this has happened since the rise of the Islamic Republic. Does this description of what’s happening in Iran in connection with the protests sound fairly accurate to you? If so, is it also valid to speak of a revolution in the making?

Noam Chomsky: It sounds accurate to me, though it may go too far in speaking of a revolution in the making.

What’s happening is quite remarkable, in scale and intensity and particularly in the courage and defiance in the face of brutal repression. It is also remarkable in the prominent leadership role of women, particularly young women.

The term “leadership” may be misleading. The uprising seems to be leaderless, also without clearly articulated broader goals or platform apart from overthrowing a hated regime. On that matter words of caution are in order. We have very little information about public opinion in Iran, particularly about attitudes in the rural areas, where support for the clerical regime and its authoritarian practice may be much stronger.

Regime repression has been much harsher in the areas of Iran populated by Kurdish and Baluchi ethnic minorities. It’s generally recognized that much will depend on how Supreme Leader Ali Khamenei will react. Those familiar with his record anticipate that his reaction will be colored by his own experience in the resistance that overthrew the Shah in 1979. He may well share the view of U.S. and Israeli hawks that if the Shah had been more forceful, and had not vacillated, he could have suppressed the protests by violence. Israel’s de facto Ambassador to Iran, Uri Lubrani, expressed their attitude clearly at the time: “I very strongly believe that Tehran can be taken over by a very relatively small force, determined, ruthless, cruel. I mean the men who would lead that force will have to be emotionally geared to the possibility that they’d have to kill ten thousand people.”

As to the effects, we can only speculate with little confidence.

In the West, the protests are widely interpreted as part of a continuous struggle for a secular, democratic Iran but with complete omission of the fact that the current revolutionary forces in Iran are opposing not only the reactionary government in Tehran but also neoliberal capitalism and the hegemony of the U.S. The Iranian government, on the other hand, which is using brutal tactics to disperse demonstrations across the country, is blaming the protests on “foreign hands.” To what extent should we expect to see interaction of foreign powers with domestic forces in Iran? After all, such interaction played a major role in the shaping and fate of the protests that erupted in the Arab world in 2010 and 2011.

There can hardly be any doubt that the U.S. will provide support for efforts to undermine the regime, which has been a prime enemy since 1979, when the U.S.-backed tyrant who was re-installed by the U.S. by a military coup in 1953 was overthrown in a popular uprising. The U.S. at once gave strong support to its then-friend Saddam Hussein in his murderous assault against Iran, finally intervening directly to ensure Iran’s virtual capitulation, an experience not forgotten by Iranians, surely not by the ruling powers.

When the war ended, the U.S. imposed harsh sanctions on Iran. President Bush I — the statesman Bush — invited Iraqi nuclear engineers to the U.S. for advanced training in nuclear weapons development and sent a high-level delegation to assure Saddam of Washington’s strong support for him. All very serious threats to Iran.

Punishment of Iran has continued since and remains bipartisan policy, with little public debate. Britain, Iran’s traditional torturer before the U.S. displaced it in the 1953 coup that overthrew Iranian democracy, is likely, as usual, to trail obediently behind the U.S., perhaps other allies. Israel surely will do what it can to overthrow its archenemy since 1979 — previously a close ally under the Shah, though the intimate relations were clandestine.

Both the U.S. and the European Union imposed new sanctions on Iran over the crackdown on protests. Haven’t sanctions against Iran been counterproductive? In fact, don’t sanctioned regimes tend to become more authoritarian and repressive, with ordinary people being hurt much more than those in power?

We always have to ask: Counterproductive for whom? Sanctions do typically have the effect you describe and would be “counterproductive” if the announced goals — always noble and humane — had anything to do with the real ones. That’s rarely the case.

The sanctions have severely harmed the Iranian economy, incidentally causing enormous suffering. But that has been the U.S. goal for over 40 years. For Europe it’s a different matter. European business sees Iran as an opportunity for investment, trade and resource extraction, all blocked by the U.S. policy of crushing Iran.

The same in fact is true of corporate America. This is one of the rare and instructive cases — Cuba is another — where the short-term interests of the owners of the society are not “most peculiarly attended to” by the government they largely control (to borrow Adam Smith’s term for the usual practice). The government, in this case, pursues broader class interests, not tolerating “dangerous” independence of its will. That’s an important matter, which, in the case of Iran, goes back in some respects to Washington’s early interest in Iran in 1953. And in the case of Cuba goes back to its liberation in 1959.

One final question: What impact could the protests have across the Middle East?

It depends very much on the outcome, still up in the air. I don’t see much reason to expect a major effect, whatever the outcome. Shiite Iran is quite isolated in the largely Sunni region. The Sunni dictatorships of the Gulf are slightly mending fences with Iran, much to the displeasure of Washington, but they are hardly likely to be concerned with brutal repression, their own way of life.

A successful popular revolution would doubtless concern them and might “spread contagion,” as Kissingerian rhetoric puts it. But that remains too remote a contingency for now to allow much useful speculation.

The European Central Bank’s interest rate rise is wealth redistribution from us to the bankers – again Cross-posted from the LSE Europe blog About a decade ago, the billionaire Warren Buffett stated, with thinly veiled […]

The pandemic and current economic crisis exacerbate economic inequality by disproportionately burdening individuals on the lower part of the income distribution. The ECB’s asset purchases have further fueled this trend. It is time the ECB […]

In a new book, Alligators in the Arctic and How To Avoid Them, Peter Dorman shows how flawed academic models, faulty assumptions and unrealistic schemes grossly underestimate what’s needed to stop catastrophic warming. He argues […]