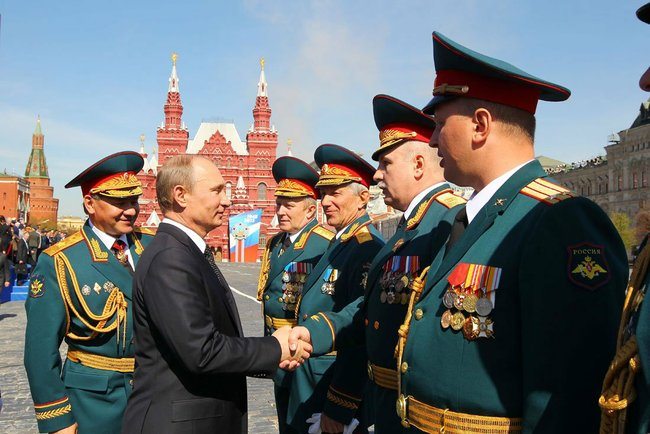 The essence of the crisis in Ukraine is that Russia can gain many benefits from its unspoken threat to invade, but none at all from actually doing so. “Russia will keep piling on the pressure,” a veteran analyst of Ukrainian affairs, who wishes to remain anonymous, told me. “But I can see no upside for Putin in carrying out an invasion.”

Russian troops might be able to capture Kyiv in a week, but this would only be the start of a long war that Russia would find it impossible to win. A more limited Russian offensive in east Ukraine – such as seizing a land corridor between the Russian separatist Donbas and Russian annexed Crimea – is scarcely a more attractive option. It would push the rest of Ukraine further into the embrace of Nato, which would be exactly the opposite of what Russia wants.

President Putin may be vindictive and unpredictable, but he has never overplayed his hand as Russian leader in military conflicts from Chechnya in 1999 to Syria in 2015. In all cases, Western hopes and expectations that he was plunging into a quagmire were disappointed.

Yet the war drums are beating in Washington and London at a volume not heard since the run up to the invasion of Iraq in 2003. President Biden has spoken of an “imminent” Russian invasion and Boris Johnson told Parliament that “it is not just Ukraine that he [Putin] has his eye on.”

The media has by and large swallowed the same “Europe-on-the-brink of war” scenario, with one television correspondent reporting from the Swedish holiday island of Gotland in the middle of the Baltic, as if this will soon be the target of a Russian assault.

Much of this ramping up of war hysteria feels contrived. Last weekend, the British government issued a statement with the tabloid title: ‘Kremlin plan to install pro-Russian leadership in Ukraine exposed.” Foreign Secretary Liz Truss said that “we have information” that a minor Ukrainian politician named Yevhen Murayev was being considered as the Kremlin’s puppet ruler in a Russian occupied Ukraine.

The very idea that a political minnow like Murayev was Russia’s candidate to replace President Volodomyr Zelensky appears ludicrous. Though the name of the quisling-to-be was made public by the Foreign Office, well-informed sources tell me that the information had in fact been provided by the Americans. If so, this undermines confidence in other Russian ploys and plots exposed by the US intelligence services.

A striking feature of these predictions of a Russian invasion is that Ukrainian leaders in Kyiv express scepticism about any such thing happening soon, or even happening at all. The Ukrainian defence minister Oleksii Reznikov told a local television interviewer on Monday that “today, at this very moment, not a single strike group of the Russian armed forces has been established, which attests to the fact that tomorrow they are not going to invade. That is why I ask you not to panic.” President Zelensky criticised the United States and Britain pulling families out of their embassies in Kyiv, saying that this “did not mean that escalation [with Russia] is inevitable”.

A detailed study just published by the Centre for Defence Strategies in Kyiv concludes that “at the moment, there are not enough Russian troops on Ukraine’s borders and no fully formed military groups needed to conduct a strategic offensive against Ukraine”. The centre estimates that it would take two or three weeks to assemble such a force, even if the Russians wanted to.

Ukrainian leaders may be fearful that Western leaders are self-destructively giving substance to a less than convincing Russian threat by denouncing Putin and Russia as if Stalin and the Red Army reborn were about to sweep across Central Europe. By inflating such threats, they unwittingly play into Russian hands by taking their well-publicised military manoeuvres at face value. Drills were ordered this week from there to the Pacific Ocean, unless anybody missed the point that Russia is a very big place.

These actions could be interpreted as the build-up to a shooting war, but Russian actions would be exactly the same if they wanted to ramp up the threat while having no intention of launching an invasion of any kind.

Why are America and Britain playing up the Russian menace, suggesting that it is a bid to rebuild the Soviet empire in eastern Europe? Domestic politics play a role here, with President Biden wanting to show preparedness and resolution in contrast to the shambolic withdrawal from Afghanistan. Johnson and his loyalists can see the advantage of presenting the embattled prime minister as an international statesman defying the Russian bear.

But such cynicism is cheap, and it appears that the political and security elites in the US and Britain really are convinced about the prospects of a Russian invasion. Yet, for all their resources, intelligence agencies often get things radically wrong as they did with Saddam Hussein’s non-existent WMD.

Not in doubt is evidence that the Kremlin wants the Nato powers to believe its threat is real. Leaving aside its initial excessive demands – that Ukraine be permanently excluded from Nato and no Nato troops be stationed near Russian borders – Putin probably has several realistic goals in mind. These would be the implementation of the Minsk 11 agreement of 2015, the most important element of which is the autonomy of the Donbas. In a more general sense, Russia would like the neutralisation of Ukraine.

At some point, this defusing of the crisis would require a dialogue between Moscow and Kyiv, but this will be difficult given that President Zelensky is politically weak. Moreover, any overture to the Russians by a Ukrainian leader is likely to be portrayed as an act of treachery.

Yet the crisis may not be as intractable as it looks. Nato, a military alliance, insists on keeping the door open for Ukraine to join. But Nato leaders also say that they will never defend Ukraine with their own soldiers, so the point of Nato membership for Ukraine is minimal.

Ukrainian leaders evidently fear that Biden, Johnson and other Nato leaders are unwittingly helping Russia by stoking a phoney crisis that Putin has fomented in order to get what he wants – but without staging an invasion or fighting a war.

Wolfgang Streeck – The European Union is a liberal empire, and it is about to fall

The European Union is a liberal empire, and it is about to fall, warns Wolfgang Streeck (Max Planck Institut). The position of imperial hegemon belongs to Germany, which is finding it increasingly difficult to fulfil […]

A report exposes a glaring discrepancy between Shell and BP’s public support for a low-carbon economy and their actual business planning By Kyla Mandel,  Deputy Editor of DeSmog UK Cross-posted from DeSmog UK Two years after BP and Shell shareholders resoundingly […]