The crisis of Ulster Unionism presents an opportunity for British democracy to demonstrate the world-historical power of national sovereignty. Our tragedy is that there is no political force in Britain able to seize it.

Peter Ramsay is Professor of Law at the London School of Economics. He is also one of the founding editors of The Northern Star

This article originally appeared at The Northern Star 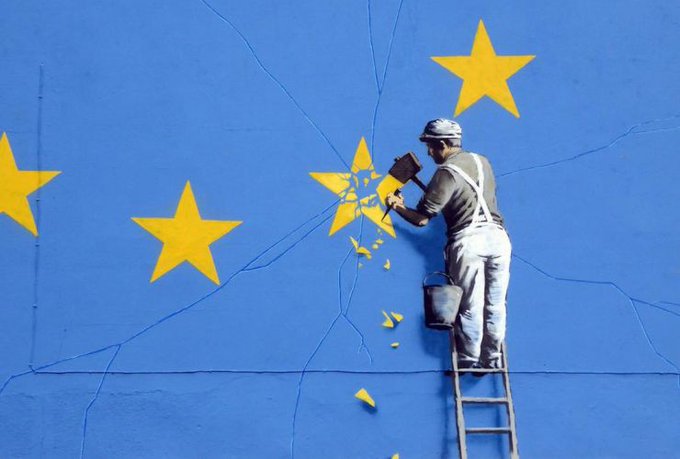 Sinn Fein’s victory in the Northern Ireland Assembly elections marks a historical turning point. For the first time, Sinn Fein has the most elected representatives in Northern Ireland, a statelet that was created a century ago with the sole aim of preventing this from happening in the six Irish counties out of which it was manufactured. While the obstacles in the way of Sinn Fein achieving its goal of a united Ireland remain significant, the question that is too rarely asked is what interest the British people have in the Union with Northern Ireland. Understanding the continuing impasse over the Northern Ireland Protocol should alert us to just how urgent a question this is for British democrats.

Sinn Fein taking the largest number of seats owes less to its own popularity than to the division among Unionists and the advance of the Alliance Party. The total vote for parties that support the Union was still larger than the vote for explicitly ‘nationalist’ parties, but by less than one percent. And the combined vote for the pro-Union parties is now well short of a majority of voters. What’s changed is that the dominant Unionist party, the Democratic Unionist Party (DUP), has lost votes both to the more hardline True Unionist Voice (TUV), and, more significantly, to the Alliance Party, which plays down the old divisions between Unionists and nationalists while being formally neutral on the province’s ultimate constitutional status.

It was clear that voters were most concerned with the cost of living, the economy and public services. The DUP and TUV, on the other hand, were fixated on ending the Northern Ireland Protocol, the part of the Brexit agreement between the UK and the EU that leaves Northern Ireland’s economy subject to EU regulation and creates a trade border between the province and the rest of the UK. The Protocol certainly threatens to weaken the relation between Northern Ireland and Great Britain, but the issue did not resonate with a majority of voters, including a significant minority of traditionally Unionist voters. Many among the latter seem to have opted for Alliance, which accepts the Protocol while wanting reforms to it.

Despite the Unionists’ failure to win a majority of Northern Ireland’s electorate over to an anti-Protocol position, within days of the election the government in London began talking again about finding a way to suspend the Protocol. The ostensible reason is that the DUP has said that it will not join an executive with Sinn Fein while the Protocol is still in operation. The government’s argument, then, is that the survival of the institutions created by the Good Friday Agreement (GFA), which mandate power-sharing between the largest Unionist and nationalist parties, depends on ending the Protocol. The problem for the DUP is particularly acute since it will have to enter a power-sharing executive which would now, for the first time, have a Sinn Fein First Minister.  In these circumstances, some concessions to the Unionists on the Protocol, even if only symbolic ones, will be necessary if the DUP is to be persuaded to return to the GFA institutions without being utterly humiliated.

That Northern Ireland now finds itself at this impasse tells us less about the problems of the Protocol than it does about the political absurdity of the Union. To be sure, the Protocol is an intrinsically undemocratic instrument. It gives the power to regulate Northern Ireland’s economy to the EU – that is, to an organisation made up of governments that are not accountable to voters in Northern Ireland. The Protocol is also a potentially serious limitation on any British government’s capacity to take advantage of Brexit by diverging from EU regulations. The Protocol means that any such deviation will make trade between Britain and Northern Ireland more difficult, weakening the Union as business in Northern Ireland turns more to the Republic and the EU’s Single Market. To avoid this, British governments will need to avoid divergence, but that will be at the cost of limiting any economic advantages that Brexit has to offer. In this respect, the Protocol presents Boris Johnson’s government with an acute dilemma. The EU understands the leverage the Protocol gives it, and has previously proposed regulatory alignment within Great Britain as the price of reduced checks on goods entering Northern Ireland. This would render Brexit pointless, discouraging other member-states from leaving and fuelling British calls to rejoin.

These are good democratic reasons to get rid of the Protocol. But, at the same time, it does not appear that the government has any real mandate to do so. A majority of voters in Northern Ireland itself just supported parties that do not want to abolish it. The government’s talk of abandoning  the Protocol as a condition of restoring the Northern Ireland Executive therefore only draws attention to the undemocratic character of the GFA itself: saving the Executive requires that a minority should get to determine policy. It could be argued that, since Northern Ireland is part of the UK, democratic authority over its internal trade lies with the UK electorate as a whole. But that does not help here. The Johnson government was elected in 2019 on a promise to ‘Get Brexit Done’, and the Protocol was a key aspect of that. While Brexit itself will not be reversed by dropping the Protocol, the trade deal that the Protocol facilitated might well be. The democratic case for overturning the Protocol entirely is, therefore, ambiguous at best; ambiguous in a way that is characteristic of the Union’s sclerotic political condition.

Significantly, the government has another legal route to tackling the Protocol that seems, on the face of it, more legitimate. It could invoke Article 16 of the Protocol itself, which allows the government to take unilateral ‘safeguards’ in the event that the protocol is leading to serious ‘economic, societal or environmental difficulties’ that are liable to persist. One of the ‘difficulties’ that is specified is the ‘diversion of trade’. In the second half of 2021 the government threatened to do this, arguing – and not without reason – that the Article 16 conditions had been met due to declining trade between Great Britain and Northern Ireland. The fact that the government did not invoke Article 16 then must raise suspicions that all the talk of overruling the Protocol now is just that – talk. The government is still hoping for some kind of deal from the EU to save both the DUP’s face, allowing the Unionists to slink back into the Executive, and its own, in front of restive Brexiteers on the backbenches. The government’s hardline talk is likely particularly addressed to the American congressional delegation that will visit Northern Ireland in the coming days and no doubt report back to Uncle Joe in Washington.

Whether or not the government is serious about unravelling the Protocol, or is just hoping to kick the can down the road with a short-term deal, neither strategy is in Britain’s national interest. The problem with the Protocol is really the Union itself. The Brexit process has proved that the Union with Northern Ireland is a fetter on Britain’s sovereignty because the British state lacks the political authority to rule in the province without the involvement of another state – the Republic of Ireland. That is the political meaning of the GFA. The Dublin government’s effective veto over border arrangements almost prevented Brexit from happening at all, and the Protocol, which Johnson pulled out of the hat in 2019 at the last minute in order to ‘Get Brexit Done’, still threatens to neuter it. Not only is the Union with Northern Ireland a weakness in Britain’s national sovereignty, it is a constitutional arrangement for which there is little enthusiasm in Britain itself and waning support even in Northern Ireland. The government is risking a trade war not to strengthen British sovereignty but to preserve a status quo that institutionalises a structural weakness in the British state.

The obvious alternative is for Britain to seize the moment and put its weight behind the case for the reunification of Ireland. The British government should stop posturing about the Protocol that it agreed to and which formed part of the platform on which it was elected. Brexit has proved that Northern Ireland is not an integral part of the British state and that is why the Protocol had to be agreed in the first place. There is no gain to the British people in pretending otherwise. The way to end the anti-democratic and Brexit-strangling Protocol is for Britain to start engaging constructively in the discussion of how the reunification of Ireland could be achieved, and we should be generous in our approach to the many difficulties associated with that process. This could make a decisive contribution to achieving the shift of opinion in the North of Ireland that is still necessary to make a vote for reunification possible.

It is, of course, extremely hard to imagine that the Conservative Party will show the kind of national leadership that is required to take this historic opportunity. In the wake of Brexit, they have failed to do so in almost every other respect. Meanwhile, the pointless Labour Party has naturally trailed behind the Tories on this, as on so many other major issues. In the event that the government manages to get Washington onside and something out of the EU, or the still less likely event that it ditches the Protocol entirely and manages somehow to keep the Irish government on board, it will only have delayed facing up to the problem that Northern Ireland is not part of Britain. And it will have missed a golden opportunity to reap the rewards of sovereignty.

The most likely course of events in any case is that the senile British political class will stagger on, defensively fudging it, unable to make much of Brexit’s democratic potential. The North of Ireland will remain stuck with its identity politics of permanent crisis for some time to come.

With thanks to Pauline Hadaway.

Richard Murphy: The maliciousness of central bankers is showing it has no limits

The Federal Reserve, the Bank of England and the European Central Bank all appear determined to tip the world economy into recession Cross-posted from Tax Research UK Amazon forecast yesterday that it will make sales […]