Sometimes a good rant brings us back to our senses. 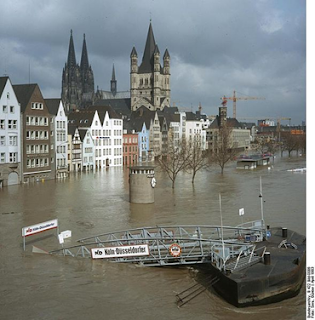 In Geoffrey Chaucer’s Miller’s Tale a student plays a joke on an old carpenter convincing him that a biblical flood is coming and that he needs to sleep in a tub hanging from the rafters of his house. The rope can then be cut when the flood arrives and the carpenter float safely away. As the carpenter sleeps, suspended in the tub, the student sneaks away and has sex with his wife.

A lot of government advice about the economy, the future of humanity and what they are currently doing for everybody enjoys— in my mind at least —about the same level of credibility. Hubris, whether it comes in the form of Jeff Bezos riding a giant penis into space, or endless blather about ‘getting back to normal’ is particularly unattractive given the existential crisis currently facing our planet. And the number of people who have died in the pandemic. Sorry. Let’s get this conceptual confusion cleared up. I meant the crisis facing the human race. And every other species. Because ‘the planet’ can get along just fine without us.

A book by Hans Vaihinger called ‘The philosophy of As if’ encapsulates what I feel is the central problem facing our species: we keep on behaving ‘as if’ things are not as they are. While the world burns and floods, we behave ‘as if’ we’ve still got time. Let’s set some targets at richly embroidered, well fed and watered conferences and then let’s just ignore them. That allows us to act ‘as if’ we are doing something. Let’s come out with a statement. ‘As if’ we care. That should do it. Since everything is made from oil, let’s act ‘as if’ there’s no limit to it. Let’s behave ‘as if’ the people governing us are rational and credible and have our best interests at heart. Let’s behave ‘as if’ they are not flooring the pedal and driving us over a cliff. Let’s pretend that at international conferences the great and the good —at least some of them —don’t say things like ‘Oh Christ not more crap about the climate?’ Nobody would ever say anything like that right? Of course they wouldn’t. Nobody would be that cynical. Except possibly me.

Why would anybody infer such mendacity? Perhaps because nothing much is happening? So let’s all act ‘as if’ Greta Thunberg is the childish and naïve one. Let’s heap opprobrium on that silly girl. Our governments know what’s best for us and so do the people who run them. That’s why everything is just fine.

I wonder sometimes about the module I teach on ‘fake’ news and ‘fake’ science. The redundancy of the title. As opposed to what exactly, I now wonder. The Philosophy of ‘As if’ is everywhere.

I also wonder if the ‘sleep in a tub’ advice will miraculously reappear when the waters really start to rise. Is this such a leap? Think about it. What did most governments tell us during the height of the cold war about incoming nuclear weapons? ‘Hide under the table’. I’m paraphrasing, but that was about the size, or lack of it. In America ‘only a good man with a gun can stop a bad man with a gun?’ That’s what the NRA insists. How silly and absurd and ridiculous? Yet we had a global doctrine of mutually assured destruction for years. And still do. It’s just a pity that Nash equilibrium doesn’t work for hairless hominids with an emotional brain.

Those whom the gods wish to destroy they first make mad? Please don’t misunderstand me. Things are just peachy. I’m not one of those environmental terrorists who believes that capitalism (peace be upon it) has anything to answer for. And so what if I recently viewed a skip floating down a street in Germany. Or perhaps it was Belgium or the Netherlands? Everyone should have one. And a skip is far more durable than a tub. You can chuck all your belongings into it. Furthermore, skip manufacturers believe that carbon fibre is the way to go: increased buoyancy. Although they will have to pass that cost onto the customer (this will, of course, hurt them far more than it hurts us)

All I can say is thank god I live in England. It’s nice and boiling hot here.

In The Aesthetics of Degradation, cultural critic Adrian Nathan West talks about the production of desire in extreme pornography. A process of endless, market-based refinement. People can eroticise park benches. Or even their own excrement. Nothing is off limits. Similarly, a market-based society ends up being run by people who don’t know which buttons to press or what happens when you press them. They just want what Johnny Rocco wanted in Key Largo: ‘more’. Try telling them they can’t have it.

I spend a lot of time thinking about the Haywain triptych of Hieronymus Bosch. Or The Garden of Earthly Delights. It’s probably an age thing. The quality that most defines the people in these paintings seems to be the quality of being oblivious to what is going to happen to them. The viewer can see the weird, frog like creatures dragging them off to hell. They can’t. Similarly, there’s nothing very ‘metaphysical’ about our fate. We can see it unfolding right in front of our eyes. ‘Heat Dome?’ I can just remember those cruel children who used to burn ants with a magnifying glass. Glad that’s not our fate. Right?

I know. I’m being ‘negative’. Soon, very soon, a super clever engineer will invent a huge, pumped up vacuum cleaner that will suck all the crap from the sky.

In my module on fake science, one of my students recently wrote an idea for a ‘scientific’ paper arguing that DNA could be extracted from a famous boy band and used to resurrect pterodactyls that might work as flying emissaries in Amazon fulfilment centres. This ‘idea’ has just been accepted in a predatory journal. Nope. Not kidding. As long as you pay. That’s what happens when you make the market the final arbiter of everything. It degrades everything. As I write, I’m telling the publishers of this rag, that I won’t be able to publish with them after all because my research director at ‘Jurassic Park’ has forbidden it. Ten journals exactly like this will contact me next week, soliciting more nonsense. More the week after that ad infinitum.

I’m already writing my apology and burying it in a casket in the garden. ‘If you should discover this, know that I am sorry. I am truly sorry. We all acted ‘as if’ we had all the time in the world and nothing really mattered. We trivialized and entertained ourselves to death.

I can’t imagine it will bring much comfort.

Italy’s new government, led by the former President of the European Central Bank, Mario Draghi, has pledged to confront the key problems facing the country. Andrea Lorenzo Capussela argues there is nevertheless one notable omission […]