Richard Seymour joins me to discuss his new book, The Twittering Machine. The title is taken from Paul Klee’s 1922 painting in which the the bird-song of a diabolical machine acts as bait to lure humankind into a pit of damnation. Richard argues in the book that this is a chilling metaphor for our relationship with so-called social media. We spoke about the nature of social media addiction, the way in which the platforms incite users into performing unpaid labour, and how we might conceive of repurposing the architecture of the internet to more useful and humane ends. 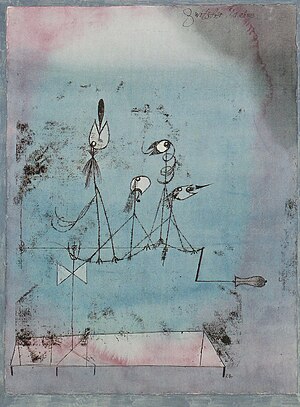 Yanis Varoufakis – Is the EU Recovery Fund a step toward integration or further fragmentation?

Yanis Vraoufakis’ analysis concerning the EU is as usual excellent. His solutions are definitely open to debate. Listen here

A virtual briefing and Q&A on the Paradise Papers, what they mean for the UK’s tax system, and what we can do to fix it. Juliette Garside is a financial correspondent at the Guardian, who […]

What an interesting programme! Listen here