On Monday, 12 April at 8pm CET, BRAVE NEW EUROPE  will be presenting a Webinar with Tim Jackson about his book Post Growth. There will be a simultaneous Translation in German. Free registration: https://helle-panke.de/de/topic/3.termine.html?id=3132&action=register

There is an increasing number of books being written concerning Post Growth and Degrowth attempting to find a successful narrative for the necessary societal transformation to reverse climate change. With this work Tim Jackson has made a further outstanding contribution to this quest. 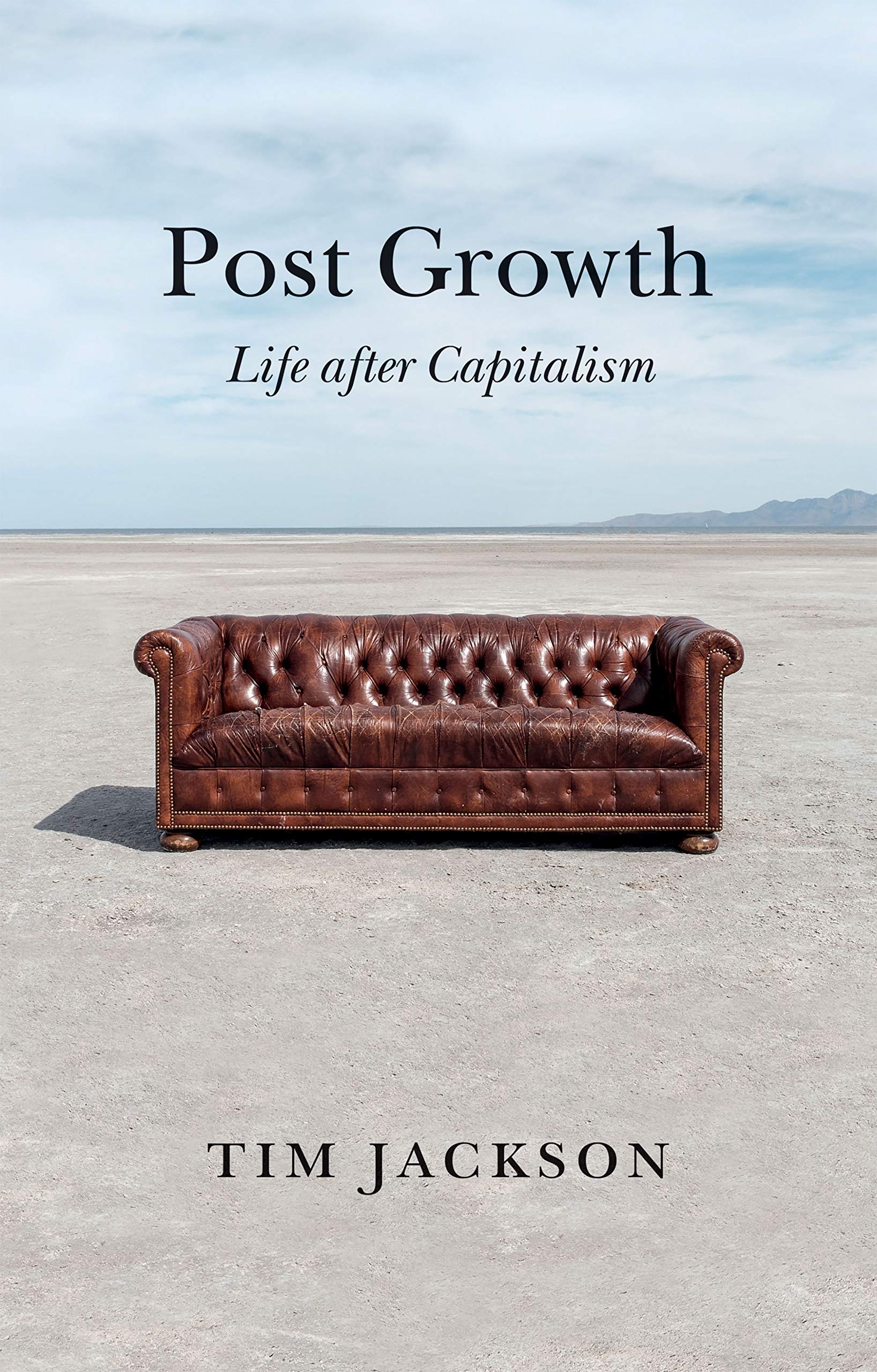 Unique to Jackson’s book is his extensive holistic approach, weaving an incredible number of – at times seemingly unrelated – threads into an eloquent tapestry. The climate economist Jackson, who in addition to a renowned and extensive academic career in and around climate change, is a successful playwright for radio. Thus he writes strikingly well for an academic, which serves him excellently with the vast amount and complexity of material he handles in this work.

Although the book sometimes drifts into the conceptual it is firmly planted in political and economic reality: “Those who want change tend not to be in power. Those who are in power do not want change.” According to Jackson we are confronted with a political class beholden to the interests of those with power set on exploiting the rest of society and the environment. This capitalist system has run wild, leaving a trail of death and destruction behind – and that increasingly. Global disasters appear to be following fast one on the heels of the other. The Great Financial Crisis of 2008, from which much of the world had still not recovered, was followed by the COVID pandemic of 2019. It is of no surprise that the most advanced capitalist nations are among the hardest hit and least capable of mastering these crises, although their wealth should have resulted in another outcome. Capitalism has outlived its usefulness, but what to replace it with?

Like other Degrowth/Post Growth authors, for Jackson the problem is growth, the ideological myth of capitalist dogma. Without doubt this is the crux of developing a postgrowth discourse. There are probably few terms with as positive a connotation as growth. We want our children to grow, our gardens to grow, our knowledge to grow, the quality of our lives to grow. The problem with capitalism is that the resources for growth are finite, not to mention the destruction and ecocidal consequences that accompany the exploitation of the world’s resources. Furthermore, an ever richer capitalist class requires increasing exploitation of the rest of us in the struggle to secure a greater portion of the surplus of our “growing economies” resulting in inexorably increasing inequality. Growth as a provider of wealth for society has instead become a redistributor of wealth from the many to the few. However for many in the West growth is synonymous with increasing consume: bigger and faster cars, more travel, more conspicuous consumption. Even if you cannot have it now, and may even see your consume being reduced due to the current excesses of capitalism, as we saw with the wave of austerity following the Great Financial Crisis, we are battered daily by advertisements with the never satisfied promise of happiness just being one purchase away. Jackson identifies consume for what it is: a drug that numbs the necessity to confront our social and environmental reality. For many in the USA Oxycontin did the trick as well, often with fatal consequences.

The attempt of Degrowth/Post Growth authors to convince that there is a good life beyond growth often seems like spiritual proselytising: the promise of a better future after the death of secular consumerism. This process demands self-reflection and that is anathema for consumerism. As Jackson points out later in the book, this has been one of the positive aspects of the repeated lockdowns. Some people, cut off from the hectic frenzy of consumerism, have had time to do just this.

Jackson brings in an element that maybe makes more sense than the intangible good life through abstention, which is balance. Balance is a term that also has positive, if not an existential, connotation. For Jackson to define balance it is a question of addressing “the question of limits on the one hand; and the nature of our aspirations for the good life on the other.” He does an excellent job of explaining this: “More is only better when there is not enough. When there is already an excess, it only serves to make things worse.” He illustrates this among other things with how capitalism has undermined our perception of nutrition resulting in massive obesity, which is a pandemic itself.

Balance necessitates setting limits, but of course capitalism only does so for others and in its own interests. Its credo with regard to national budgets has been that you cannot spend what you do not have, money does not grow on trees, we are burdening our children with debt. However during the Great Financial Crisis trillions of dollars were made available to save Wall Street. This repeated itself with the onset of the current pandemic. During austerity while governments hectored their citizens to “tighten their belts”, they radically reduced taxes for corporations and the rich. Somehow money is always there for capitalist interests, but not for stopping climate change or restoring our health, education, and public transport systems, just to name a few. As Jackson however himself clarifies “Power asymmetry is a poor place from which to introduce moral imperatives that appear to limit people’s opportunities” even if economic and material growth are not the same.

This view of things is nothing new, nor is it really radical. Jackson begins his book with the famous speech by Robert Kennedy in 1968 at the opening of his ill-fated presidential campaign lambasting the economic paradigms of the United States, especially Gross Domestic Product (GDP). This was an issue in the Untied States even before Kennedy’s speech. Scientists were already warning and providing projections that unlimited economic growth would inevitably destroy our planet. Rachel Carson’s book “Silent Spring” had brought this to a popular audience in 1962. The Civil Rights movement was not only demanding equal rights for people of colour, but decrying the inequities produced by capitalism. Corporate America with its unlimited financial resources however won the political battle, receiving an inestimable fillip with the rise of neo-liberalism.

This all does little justice to Jackson’s book, which is a tour de force in spinning an extensive spider’s web covering almost three thousand years of people who committed their lives to contemplating or creating a better society and environment; religious, philosophical, and scientific thought about our civilisation; and, attempts by artists to articulate what is the basis of our existence. Deconstructing the myth of Growth requires not only refuting decades of disinformation, but also filling in all the elements that have been airbrushed out of our consciousness in the name of the capitalist myth of growth. Jackson does so brilliantly.