The world is in a deep economic crisis, Britain more than others. The current British Tory government is guided by a strategy of class war from above. Beyond this, what are genuine alternatives? 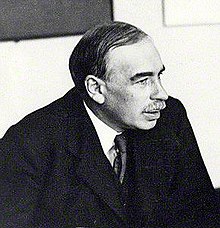 British prime minister Boris Johnson implied yesterday that the cost of living crisis is a price worth paying to beat Putin. But we’re not at war. Nor is there any likelihood that we will be. Putin knows that. Johnson, I suspect, would like it otherwise: he has the fantasy of being the wartime as well as the peacetime Churchill. Thankfully, there are others to probably constrain him.

But, that said, we have an economy suffering the impact of war, following on from a period of economically chosen stagnation, as the 2010s were. What should be the reaction to that?

Keynes faced this dilemma in 1940. He, of course, knew he was writing about all-out war for a country without the resources to wage it. His contribution to thinking on the issue was critical. I offer a couple of thoughts inspired by it.

First, Keynes knew that there were two domestic issues to address in a war economy. One was the inflation that wartime shortages bring. The other was the prevention of poverty that wartime privations could create. He had answers, of course.

One was steeply progressive taxation. He was intent on taking consumer power out of the economy and did so through taxation of the best off. By and large, it worked.

Second, within that context there was support for the incomes of those on lower pay. Using the wages of the forces and other measures pressure was brought to bear to ensure that all could survive the consequences of conflict.

Third, a positive role for savings was created. This was wartime capital.

Fourth, rationing was used, which may be required with regard to energy in the UK, as yet. Importantly, the market was not trusted, which is the significance to draw from this.

Of course, I grossly summarise a whole policy, but I also retain the essence. How does this compare to where we are?

Johnson’s repose to war is to permit large companies and banks to profit; to let small businesses fail; to let landlords and speculators to gain; and to force those most impacted by the current worldwide economic shortages to bear the burden through real pay cuts and through tax and interest rate rises. He could not be further from Churchill if he tried.

What we need is some Keynesian thinking.

Spain has been an egregious example of how the EU supports fascist institutions such as Spain’s Supreme Court, just as it supports enedemic corruption. These are not flaws, they are essential elements of the the […]

Dean Baker – The Sure Way to End Concerns About China’s “Theft” of a Corona Vaccine: Make it Open

Once again, it is a question of profit over human lives. And as usual, profits come first. Dean Baker is a Senior Economist at the Center for Economic and Policy Research (CEPR) Cross-posted from Dean […]