This is a decade that could well decide the future of our planet.  The Climate Crisis is being ignored, given lip service and not even half-hearted responses. After so many climate emergencies being declared, why is nothing serious happening? 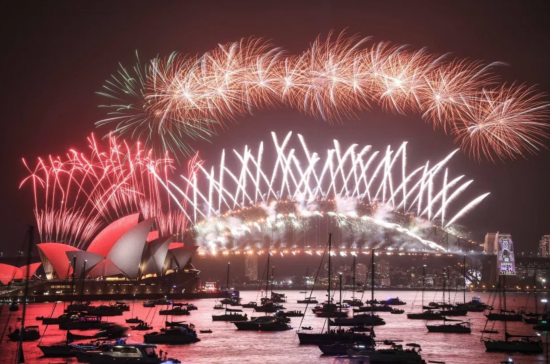 I know that everyone else is talking about Australia, out of control fires and the insanity of Sydney’s fireworks, but I am going to do so as well, nonetheless.

The idea is much more important.

That idea is that a great deal must change. That is the essence of the Green New Deal.

In the face of climate crisis – and Australia appears to be at the forefront of the immediate, or at least newsworthy, crisis right now – the idea that we can carry in as before is not just absurd, but is profoundly dangerous.

It’s almost crass that it takes the very obvious connection between a bushfire and a firework to make the point that what humans choose to do now will impact not just on our immediate, but also our long term situations. And yet, if that’s what it takes to make the point, so be it. Let’s not get picky, or anything else here. The point has to be made. Let’s celebrate when the connection arrives and hope that few suffer too much as the awareness emerges.

In the UK flooding may deliver this understanding.

The point is, it is our behaviour that is making life on earth increasingly difficult. That is the awareness that is the pre-requisite for change,

I regret the pain far too many Australians is enduring. It must be unimaginably stressful. Except the need is to imagine it, however we can. And to then appreciate that a bit of recycling is not going to solve this. We need net-zero carbon. We need to preserve our biodiversity. And we need to be going hell for leather for this. It’s the only way we’re going to get out of our mess.

There are then four things to note.

First, this crisis is not going away.

Second, there is no market solution to this crisis: markets cannot cope with externalities of this sort.

Third, this does require government action in that case.

Fourth, it’s our job to create governments of unity intent on addressing this existential crisis in that case.

As 2020 emerges we are a long way from the political mindset that delivers the last. But if you want to know what underpins all my belief that now is the moment for political compromises for the common good, with the rejection of materialist politics of the extremes that this will imply, this is it.

Nothing matters more than this.

And the green issue – with all that implies – is now the only test of political credibility. Unless it is at the core of every political action then not much else matters because there will, quite literally, in time be nothing much left to worry about.

This is the decade where we make it, or lose it.

And if it upsets some extremist opinion to be so pragmatic as to put a real issue at the core of concern, so be it. The time for dogma is over. In the face of a crisis we need a plan, and the only one we have is the Green New Deal.

It’s time to demand it, now. Even if it does mean a great deal must change, including the inappropriate way some celebrate new year.

Steve Keen: To Save the Climate – Don’t Listen to Mainstream Economists

Economists and politicians in the developed nations keep getting things egregiously wrong: Climate change, COVID, the Global Financial Crisis. Maybe there is something wrong with the economists, politicians, and developed nations. Steve Keen is a […]

Colin Hines, Richard Murphy: Funding the Green New Deal – How we could Save for the Planet