This is something most people dare not even contemplate: after the coronavirus we shall not return to the world as we knew it. It is a tragic opportunity, but as we recently wrote, “The Coronavirus is offering us an hiatus and opportunity to reset our economies and priorities”. 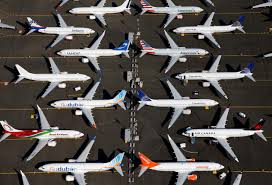 2020 is going to be the most extraordinary year which will live long in the memory of all those who survive it, which I hope to do.

Most of us will get coronavirus. Outside the UK many will survive. Here a smaller proportion will, entirely as a result of the decision of the government to encouraged the mass spread of the disease.

Simultaneously, we are already witnessing one of the biggest stock market crashes in history. The situation is volatile, but the only way is down for some time still to come in my opinion.

This crash is going to be followed by an economic crisis unless governments intervene on unprecedented scales (which they can) as record numbers of businesses in a wide range of sectors will fail, and hundreds of thousands, if not millions of jobs will be lost.

Worse, the risk that all the failings of financial capitalism, accumulated over 40 years, will become apparent simultaneously is very high: markets built on the flimsiest of foundations, such as the zero cost of capital that most banks have enjoyed for the last decade, will prove to be unsustainable and a domino effect will emerge.

At the same time enforced behavioural change will make it apparent to people that we really do have to change our lifestyles if we are, as a worldwide community, to also survive climate change and beat its consequences.

Combine all those factors and some quite extraordinary things are going to happen, including the complete elimination of some business sectors that have become so commonplace to many of us that their disappearance is very hard to imagine, and yet has to be contemplated, nonetheless.

I will offer an example. I suggest that the entire worldwide airline industry is probably going to cease to exist as we currently know it before the year is out.

British Airways has said that it is living through an unprecedented crisis. It has said that jobs will be lost, aircraft will be mothballed, routes will be closed, and that it has no idea what the impact of this will be. Lufthansa has already provided the answer to that last point: it has already applied to the German government for financial assistance to prevent it becoming insolvent. That is a pattern that I am quite sure every single airline will follow. I would suggest that there is, quite literally, none outside the state-owned sector that has anything like the financial resources to survive the crisis they now face.

Transatlantic flights are in lockdown.

Travel restrictions that will prevent mass tourism this summer are incredibly likely.

People are already exploring ways to work without having to travel.

And the idea that people will, whilst self-isolating, think about booking overseas holidays is fanciful, to say the least.

What is more, given that there was already a move against air travel because people are increasingly aware of its deeply destructive carbon footprint, once an unawareness that we can survive without getting airborne exists the demand for air travel, if and when it is recreated, is likely to be at a much lower level than in the past. A significant overall future reduction in demand is the almost inevitable consequence of the change that this sector will see this year.

In combination I suggest that this means that not a single commercial airline in the world can now be considered a going concern. And, given the likely duration of this crisis, I repeat that I expect every single one of them to fail. In the sector that is characterised by enormous investment in assets, the vast majority of which are paid for with long-term debt, which is unlikely to be waived as a consequence of the changes that are taking place at present, insolvency is the only, and inevitable outcome for every airline now in existence. I see no way around that.

Unless, of course, governments pretend, as they did in 2008, that ‘there is no alternative’ (the TINA scenario) to then save every airline. Except that the UK government response to Flybe suggests that this is unlikely. In that case a whole sector of commercial activity is, quite literally, going to come to an end.

I stress, I am not saying that we will never see a plane in flight again: that would be absurd. Very clearly that will happen. But whoever might be operating those planes in the future is very unlikely to be a company that is currently in existence.

What we will see is a reversion to the type of airline industry that existed when I was in my youth. Back then ( and it really was ‘back then’ in these terms) the vast majority of airlines were state-owned, and existed as what were known as ‘national flag carriers’. National pride required that every country had such an operator, however much it cost to support it, and that cost was very often quite significant. This, I suspect, will be the new normal in this industry. But the result will be that states will make the decisions on air travel, and if they take climate change seriously this is going to mean that the era of massive air travel growth (which has been up about 50% since 2008) will be over.

This is going to be tough.

It will be tough on airlines.

And tough on their employees.

And the impact on the long haul destinations, in particular, and the other sectors that serve them, like cruising, will be harsh.

Surviving coronavirus is going to be tough. And when we get to the other side the world is going to look very different from what we have been used to. This time it really will be different.

The Riders Law comes into force in Spain today [12 August], with a great deal of confusion about the exact situation for app-based food delivery workers now, as digital platforms refuse to hire all riders […]

Tim Jackson: 2050 is too late – we must drastically cut emissions much sooner

Ratcliffe-on-Soar, one of 7 UK coal-fired power plants still in service. Diana Parkhouse/Unsplash, CC BY-SA Tim Jackson, Professor of Sustainable Development and Director of the Centre for the Understanding of Sustainable Prosperity (CUSP), University of […]

Researchers find that the nation had become an outlier among other rich countries in mortality rates long before the pandemic – and that Americans are dying younger than their peers abroad. Lynn Parramore is Senior […]