Europe’s political class is trying to hold the neo-liberal line of corporation profits first, citizens and environment – well – do not matter. They could cow their citizens, but Covid is beyond their control. 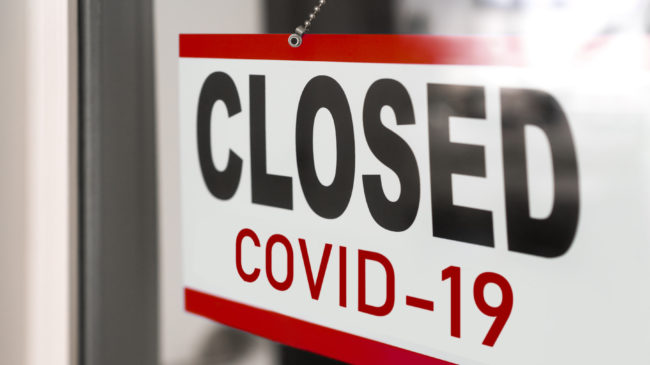 Like many, I suspect, I spent yesterday evening in a state of fevered anger with a government and Prime Minister so incompetent that they could not organise the time of a press conference, let alone a coherent announcement on what to do about the crisis that we face. I wrote a great deal on Twitter as a result, almost all of which was decidedly ephemeral and so not worth repeating here. Instead I want to stand back from the events of yesterday, when nothing was resolved as no real plan emerged, and instead think about the bigger issues that this crisis demands that we look at.

What Covid 19 reminds us of is the fact that we do not live an existence independent of nature. Our desire to treat ourselves as entities apart from the world in which we live has been supported by advances in various fields of science, most especially since WW2. But Covid is an abrupt reminder that ultimately any such claim is futile. We live within a larger ecosystem, and like it or not there is literally nothing we can do about that. We respect the world around us, or as it is now doing, it bites back. Covid 19 is, quite literally, a force of nature.

If we appreciate the fact that nature constrains us we then have to reappraise our consumption of the natural world. The way we live is unsustainable. Someone once said that only the insane and economists think we can sustain exponential growth in a finite world. They were right. But the trouble is that economists have persuaded the world that insanity is acceptable. It isn’t. It is unsustainable. We cannot keep living the way we do.

In that context it is particularly poignant that it is Christmas that now seems to be the focus of concern for many. This is now the great secular festival of consumption. I have seen news reports of those who have already got their Christmas decorations up as if this will provide a dose of something equivalent to soma in Huxley’s ‘Brave New World’ – a holiday from the world around us. It won’t. What we need to do instead is embrace that world. After all, the global climate and biodiversity crises to come are vastly bigger than this Covid crisis. We need to take what is happening as the warning sign we need and begin the consumption lockdown required to tackle them, now.

Third, I am pleased that lockdown is such an issue. What it highlights is that what really matters are our relationships with others. The normal social interactions that make life possible on a daily basis matter more than almost anything else to us – and for the vast majority these are not focussed solely on family, but extend far beyond that. If we can reconsider how we live in community, and put much more effort into considering how to do this better than maybe we will eventually learn something from this crisis. The reorientation from consumption to community is the great change that Covid demands.

Last, of those issues selected, is our relationship with government. It is appropriately last because the first three frame what that response should be.

Only government has the ability to manage a nation’s response to its environment. And only governments can, by cooperating, do that for the world. There is no chance of us achieving the changed relationship that we must have with the world around us unless government takes the lead. Far too few of them – our own included – are willing to play any effective part in this process. Far too many want to outsource that response to the private sector, believing that a few tweaks to regulation will deliver salvation through a very slightly modified profit motive. There is not a shred of evidence to support that idea. The insanity of the economists is still corrupting the behaviour of governments. We have to demand that it change.

In the process we have to also reappraise the relationship between the state and private sectors. If we have a problem it is because an intensely selfish attitude to life – implicit in all that the neoliberal creed defines to be of value – has resulted in our abuse of nature, the planet, community and each other, come to that.

Over consumption that has divorced us from nature and many of those around us did not happen by chance. It was created. And it was deliberately designed to be divisive. Materialism did not just exploit a difference between the haves and the have nots: its whole purpose was to exacerbate it. What we have, and not what we are, was intended to define who we are conceived to be. Never was anything so destructive.

The state has to address this if the problem of over-consumption is to be addressed. And it now has the opportunity to do so. Never has so much that has been conspicuously consumed been of such little relevance when we do not have the opportunities to flaunt it. We should be seeing much if it for what it is in that case: pretty worthless cumber might be my best description of it.

And the state has the chance to reinforce this message right now: it could, for me ample, change the laws on advertising to disallow some of it, most especially when aimed at children. And it could increase its cost by denying the right of a business to reclaim on it. These are small changes: they indicate a direction of travel and a desire to tackle the advertising industry, which is the only human activity solely dedicated to the creation of unhappiness with our current state of wellbeing.

But the issue goes much further than that. Reduce advertising and we have a media problem: quite literally much of what we call the media cannot survive without advertising, so hooked on excess consumption are we. But nor can we survive without media now. And we need not do so. It is entirely possible for the state to support the media – with funding – but the condition must be access and a broad base of views, something rarely available at present.

Once this is appreciated the very obvious lesson learned from this crisis – that the state can do vastly more than has been claimed by neoliberal politicians whose sole aim it has been to diminish its role in their own pursuit of personal enrichment – can be applied more widely.

We, as a society, can decide what we value. We can decide to have more healthcare, social care, education, equality, and fairer criminal justice if we wish for it. We can support those who work in such fields. We will have to consume less at full employment if we do so, but as noted, that is in any case necessary. And yes, we would at full employment pay more tax than now. That would be the price of constraining inflation, but we might willingly pay it.

We can also direct the type of business we want too. If we did not know that before, we do now. And we have found that cafes matter more than banks, cinema more than hedge funds, and dare I say it, ultimately that public spaces matter more than cars. We can decide to prioritise shared experience and the simple pleasures that Covid has taught us matter most. We can redirect resources. We can deliver what is good, even when nature demands we consume less, and be better off.

Of course the financial edifice designed to extract the value of our work from us – whether by rent or interest payment – will have to be curtailed if this is to be achieved. These two curses literally enslave us. We actually have to see them in that light, for that is what they set out to achieve, aided and abetted once more by the advertising industry whose goal it is to ensnare us within the demands of these oppressors. This is where the revolution (not physical, but of culture and deed) is required.

And we have to appreciate that a government dedicated to delivering well being can fund this so long as natural limits are respected. There is nothing that finance will not let us do if it is possible. Our problem has been that we have sought to bend finance to the delivery of the impossible. Now we must change that.

And I believe we can do all these things. Covid is simply the warning that this is what we must do. We should take heed of that warning. The desire to go back must be resisted. The Christmas we once had should not be the post-coronavirus Christmas that we desire. We can do so much better than that. Achieving that goal is the real challenge for our age.

Michael Roberts: Stop the game – I want to get off!

A lovely tale of the financial world turned upside down – and well told. Michael Roberts is an Economist in the City of London and a prolific blogger Cross-posted from Michael Roberts’ Blog ‘Hedging’ used to be […]

Eight main lessons distilled from an academic literature review on the nexus of inequality and monetary policy Cross-posted from Positive Money Europe Inequality has long been a foremost public concern, but not so for central […]